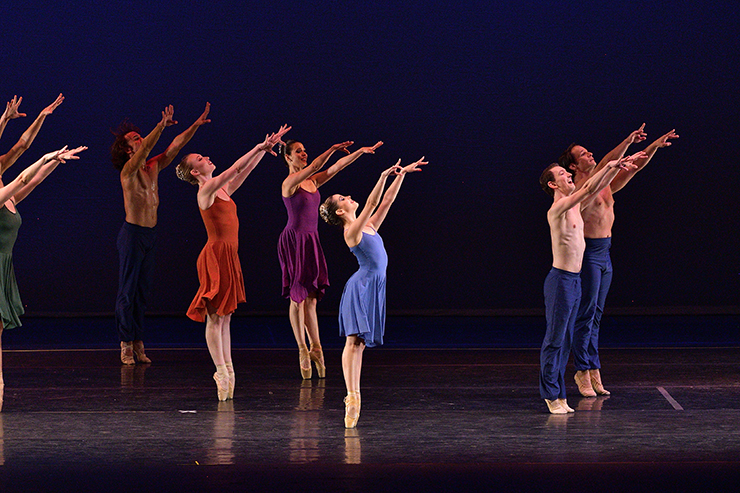 âFirst and foremost, we want people to enjoy themselves and leave feeling good,â says Dimensions Dance Theater of Miami (DDTM) co-artistic director, Jennifer Kronenburg. âFor the summer, we really want to present something refreshing and beautiful. I hope audiences see our progressionÂ â an evolution in choreographic language and how weâve grown.â

DDTM keeps dance at the forefront over the summer months as they present Modern Masters, two performances of premieres and neo-classical works on Saturday, July 16 and Sunday, July 17 at the South Miami-Dade Cultural Arts Center.

Now in their fifth year, attending an open rehearsal reveals DDTM looking stronger than ever. The flurry of excited momentum in creating a new dance organization in 2016 has now evolved into a company with a unified voice, mature artists, and skilled technicians working in an atmosphere of laughter, discipline and a lot of sweat.

While DDTM is an "all star/no star" organization, many of the dancers who have been with the company since its inception have become familiar faces and featured artists. These dancers have grown as the company has progressed. 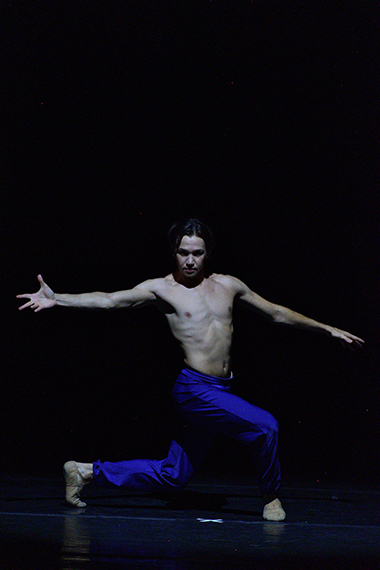 âI felt that since the beginning, there was this unique âonenessâ in our company and that has continued to grow,â says Kronenburg. âNow it feels like something more foundational and established. Especially this year, the company has a culture of its own.â

The present company is a mix of abilities and ages. Coming directly from the Miami Youth Ballet is lovely Selah Jane Oliver. Chloe Freytag is now a mother and a dancing force to be reckoned with and technical wizard, Mayrel Martinez are veteran dancers who have been with DDTM since the beginning. These ladies are joined by newer member Meisy Laffitte and former apprentices now in the company are Miranda Montes de Oca, Calista Olsen and Paulina Zambrana. Melissa Verdecia, who was trained at Miami Youth Ballet, joins the roster from Ballet Hispanico in New York.

After receiving the Dance Miami Choreographer grant, YE Pikieris (the son of Yanis Pikieris) had big ideas for the work he wanted to do for the July program. Then, as often happens in dance, he was injured and was put in a boot. Thinking about movement, and perhaps his inability to move completely, he had second thoughts about creating an entirely new work. It is typical for choreographers to create numerous phrases of choreography and, perhaps, shelf the creations until the appropriate moment. Such was the case for YA Pikieris.

Almost a year ago he was âplayingâ with steps in a studio and created very nearly a complete ballet. The work was never performed or completely realized. The July performance seemed the perfect time to resurrect his piece, rather than to start on something completely new.

YE Pikieris is presenting a full company work entitled âNo. 5.â As it turns out, the piece is absolutely perfect for what Kronenburg and co-artistic director, Carlos Guerra, wanted for the program.

Kronenburg says, âThis was the perfect opportunity to bring âNo.5â to life, and with the grant, we could do it to its full capacity the way Yanis Eric imagined it.â 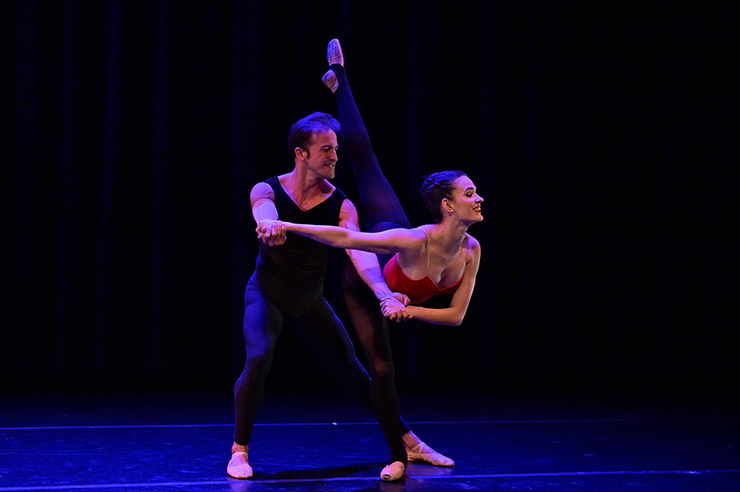 Mayrel Martinez and Maikel Hernandez in "No. 5." Photo by Simon Soong.

YE Pikieris, who named the piece âNo.5â because it is his fifth work for DDTM, says that he trusts his voice more and more with each piece of choreography. The rehearsal of âNo.5â reveals a series of solos, duets and couples with a neo-classical style. Unique to the choreographer are off kilter hips, clear classical lines and dynamic duets. YE Pikieris says the âfirst movement is playful, the second is more intimate and the third is a little more edgy.â

âI always start with the music. It is what inspires me,â YE Pikieris says. â I try to tailor every piece to the music, but I do prefer more classical movement and I like classical lines. I think the more familiar I am with the dancer and the more inspired I am, the more neo-classical it becomes.â

The music for âNo.5â is Bach excerpts that have been recomposed by Peter Gregson. It is at first familiar, and then starts veering off to become a totally different sound.

âI have a huge bank of music that is just waiting to be choreographed to,â YE Pikieris says. âIn this music, I love the little echos in the background.â

Cuba born, Lyvan Verdecia, was a dancer with the National Ballet of Cuba. In 2014, while dancing in the company, he choreographed âSobre un Hiloâ for an Instituto CoreogrÃ¡fico. Many of the Cuban dancers at the time wanted to choreograph - and to choreograph in a more contemporary vein.

It was a turbulent and chaotic period in Verdeciaâs dance life. Having choreographed once before, he was pegged as solely a choreographer instead of a dancer who also choreographs.

The National Ballet is a very classical, traditional company. Verdeciaâs choreography pushed the envelope with a neo-classical duet. He chose to put it on pointe because he wanted the Cuban company to perform it, and if he used flat shoes, Verdecia didnât think his choreography would be used.

Verdecia says, "I created this piece because I felt like I was walking on a little tightrope. I was boxed in. What is the feeling when you go off balance and are pushed in different directions? All of those feelings are what I wanted to portray in the piece.â

He choreographed the piece on himself.

A Dance Festival in Cuba with New Yorkâs Ballet Hispanico in attendance eventually was the opportunity to come to the U.S. that Verdecia was seeking. He left Cuba on good terms with the National Company and ultimately joined Ballet Hispanico in 2015.

For âSobre un Hilo,â Verdecia is using the music of Badmarsh & Shri, an English electronic dance music duo from London. In creating the duet, Verdecia felt the percussion - the drums and the flute - reflected the anxieties, the turmoil he was experiencing at the time.

âMy goal is not to make people feel what I was feeling,â he says. âIt is beautiful to hear what other people think and what they get out of the piece. â

Driven to express herself through movement at an early stage in her dance career and now, with many choreographic accolades and awards to her credit, Helen Simoneau creates her first full live piece for DDTM. She connected with Kronenburg at the South Artsâ inaugural MOMENTUM program, a program strengthening the touring capacity for Southern dance companies.

Having worked with couples virtually during the pandemic, Simoneau was interested in continuing her exploration of working in a live environment with partnerships and duets.

âI call this piece âSmallest Orbits,â she says. âI wanted to play with the idea of isolation. Thinking about all the people that were around, especially during the pandemic, all of our pathways, our orbits became very small. And thinking about what other people might be going through; you might see them briefly, but you donât really know what their internal lives are like.â

Simoneau wanted to investigate two couples, at first dancing separately, but then having a little more curiosity about each other and starting to dance together. She wanted to see how pointe work enables different types of movement and weight distribution. That, coupled with men in flat shoes, and weight exchanges for both men and women, she feels, has stretched the dancers to extremes to find what is possible.

In the rehearsal, it was easy to see how the gender neutral lifts and balance exchanges are still being figured out.

âThe dancers have been really keen to just try things.,â Simoneau says. âThey all have a lot of different strengths and are used to dancing a lot of different styles in repertory, so I didnât feel going in that there would be any restrictions to my curiosity.â

For âSmallest Orbits,â she is working with composer, Michael Wall, whom sheâs known for a long time. At Simoneauâs request, Wall graciously has created new music to extend an existing piece of music. The music has a driving, melodic force that clearly reflects the sinewy, and often athletic movement of the two couples.

Closing the performance is the dynamic piece created by Yanis Pikieris and David Palmer, âAdiemis.â It was originally created for Pikieris and Palmerâs company, Maximum Dance and was immediately an audience favorite. Originally danced by both Palmer and Pikieris, the work has been restructured to showcase the technical prowess of the DDTM dancers.

Sultry, explosive, sensual and passionate, âAdiemusâ is indeed a perfect ending to a wonderful show. 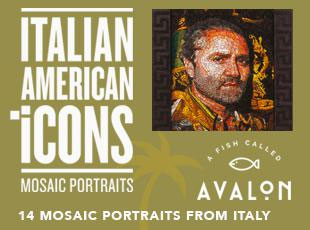 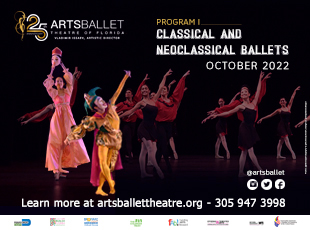