At 102, a little more than two decades of life, if you're lucky enough to keep going almost at full throttle that long, you'll have plenty of stories.

Yes, Rosalee Glass has a lot to tell, from the horror of the Holocaust, where she was kidnapped by Russian soldiers and taken to Siberia during World War II, then to Kazakhstan, and later to a Displaced Persons Camp in Germany, lost two of her babies because of the unimaginable conditions, and learned to be resourceful â one of the most delightful moments above all the darkness in one of the early parts of the movie, she tells, in a voiceover, how she wanted the prisoners of the dismal camp to be happy, and she invites them all to put their small pieces of bread together and create a party. 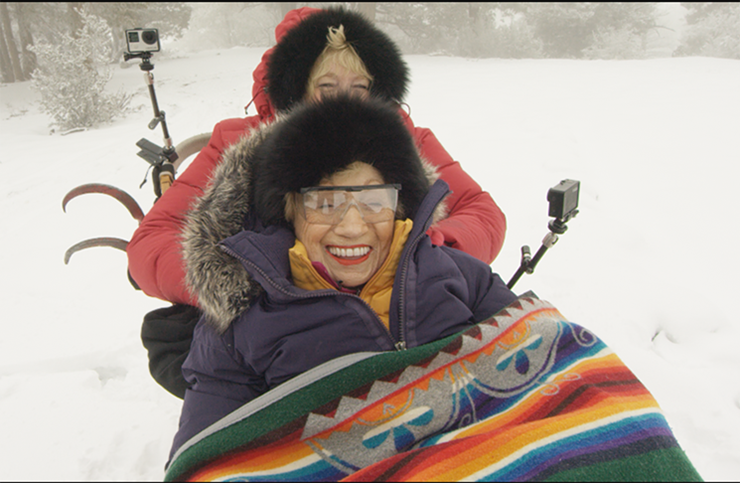 She amazingly survives all of these tough times, and is eventually given plane tickets (her daughter, Lillian, tells me that the Jewish Federation gave her mom three tickets for Abraham, and their son; Lillian wasn't born yet) to come to America and they arrive in Miami Beach. It's a poignant time in the film where Rosalee goes feels as if she arrived in heaven from the dark, depressing, and bleak to the bright, sunny, sands of Miami Beach. "She kissed the ground," director Lillian tells me. "It was so bright and clean."

So, this is the movie "Reinventing Rosalee," with the message that it's never too late to live your dream.

The movie came out of a book, "Rosalee Glass: 100 Years of Wisdom to Guide Your Thru Life's Ups and Downs." Lillian Glass remembers when the light bulb went off to make a movie about her mother's story.

"My mother always had these sayings," Lillian tells me in a phone interview from Los Angeles, as she's getting ready to come to Fort Lauderdale for the Fort Lauderdale Film Festival. "She was wearing some tight shoes." And she says one of her sayings, "You can never been happy unless your feet are happy." Rosalee also believed that seeing a doctor is wise when you have anything wrong, her daughter tells me. "Take care of any illness quickly," she says. 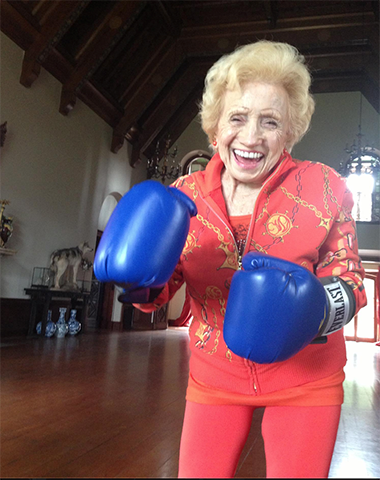 By now, she's living in Los Angeles and she's been seeing as her doctor, Robert Huizenga, M.D., the famous "celebrity doctor."

"He says, 'Lilian, you need to make a documentary about your mother.' "

And Lillian did. "I had no idea how to make a movie, but, as a professor at USC, I went to the University of Southern California's film school and they helped set me straight on what to do."

She got names of directors, but didn't feel like she connected with them, so she decided to direct the film herself. After finding out their was a film playing in Los Angeles about the director Cecil B. Demille, she went to see it. "Who better to learn from than to see a film about this legend?" she recalls.

She liked that the film, which could have been "boring," was put together so well. She waited for the credits to role and got the name of the editor.

Lillian certainly had enough material to work with. Not only the memories of the Holocaust, but when Rosalee did reinvent herself. At 82, after losing her husband and her son, she decided to become an actress. She moved to California. She appeared in a Super Bowl commercial, and had other small parts in movies. But she didn't stop there, she won a senior beauty pageant, traveled the world at 90 with her best friend, her daughter, Lillian, where they saw places like Greece and Africa. She also decided she wanted to go to Alaska and dog sled. She did, and it is depicted beautifully in the film.

Rosallee also ran a drapery shop in Coral Gables on Navarre Avenue for many years.Â

Lillian, who was born in Mount Sinai Hospital and graduated from Coral Gables High School, says "the shop did beautiful work, custom, and the most elegant drapes." It was a 20 year business for Rosalee.

Now Rosalee is living out another dream: Walking the red carpets at film festivals, delighting in a movie that's really a love letter and dedication to her mother's spirit.

"She'll be 102 in January," Lillian tells me. "She's warm and friendly and we laugh a lot and we're roomies. We live together in Los Angeles. We hang out. I am blessed every minute."