"I invite you not to build walls, but bridges, to conquer evil with good, offence with forgiveness, to live in peace with everyone." This is a Twitter post by Pope Francis. Yes, the Pope of the 21st century also communicates on Twitter.

It's the theme that carries through the lush and loving film "Francesco," more than a documentary about the 266th pope of the Roman Catholic Church but an unusual birds-eye glimpse into the thoughts and what weighs heavy on the world's most powerful religious leader.

Evegeny Afineevsky was given unprecedented access to the pope and goes deep while never sacrificing cinematic quality to tell the story. It's a crucial point for the world: Now!

Afineevsky follows the pope through June in the midst of the pandemic. The opening scene is masterful as Afineevsky's camera (perhaps drone?) shows the lone figure of Francis walking to deliver his weekly sermon in what is usually a packed square. He strolls through the completely empty area and walks up to a small gazebo with a chair and a microphone. One one other person is there to assist him to deliver his holy words out in to the vast vortex of virtual air.

Then the documentary takes off â it has so much ground to cover: COVID-19, border walls, immigration detention and children in cages, sexual abuse in the church, police violence, racism, climate change, you name a social issue and it is in here.

In October, just as "Francesco" was to make its debut at the Rome Film Festival, the film received an interesting bit of press, as one news outlet called it, a kerfuffle.

In one segment, we meet Andrea Rubera, a married gay Catholic who has written to Frances telling him how disenfranchised he felt from the Roman Catholic Church because he was married to a man and they had three children. The documentary shows Francis meeting with Rubera.Â 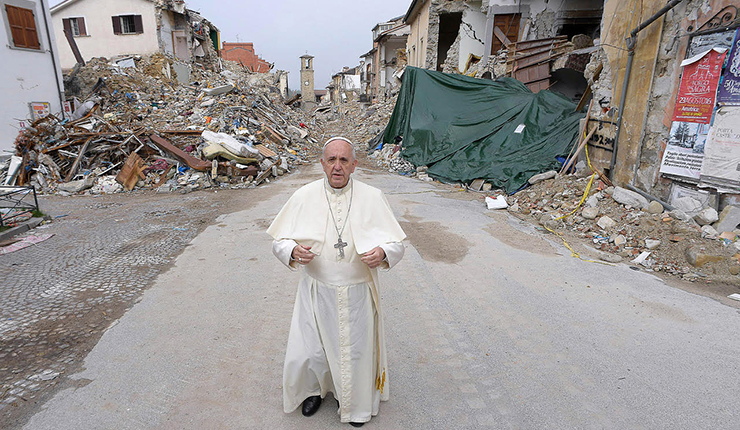 Francis, breaking with the usual stance of the Roman Catholic Church against same sex unions, says: "Theyâre children of God and have a right to a family. Nobody should be thrown out, or be made miserable because of it.â

While it is a magnificent moment for the movie, it wasn't so magnificent for the Catholic Church. And there's more in this documentary that's ahead of the news cycle. As the movie was getting ready for its Fort Lauderdale Film Festival screening, headlines and news reports released information about a 449 page Vatican report that focused on ex-cardinal Theodore McCarrick, a groundbreaking moment as Francis has now vowed to end sexual abuse within the church.

Â Afineevsky spends time with Juan Carlos Cruz, a victim, who tells the story of his first encounter with McCarrick. "Francesco" takes us through his years-long dedication to activism for survivors of church sexual abuse.Â

While there is little to criticize about this beautiful film and one could argue that it isn't meant to be linear, there is some difficulty in following the path as Afineevsky, at one point, jolts us back to the beginnings of when Jorge Mario Bergolio became Pope Francis on March 13, 2013, and then before that when he had the "calling" to become a priest. Where it is placed in the film seems to interrupt its immediacy.

Afineevsky grabs some pretty powerful interviews, too. The film features exclusives with His Holiness Pope Francis, His Holiness Pope Emeritus Benedict XVI, Mark Kennedy Shriver, and a moving portrait of refugee advocate Sister Norma Pimentel, who is filled with emotion when His Holiness points her out among a crowd at a service to honor her.

âThe main character of the film is not Pope Francis,â said Afineevsky. âIt is us, humanity, and Pope Francis is simply the one trying to point us in the right direction.â

Afineevsky was nominated for an Academy Award in 2016 for his documentary "Winter on Fire" about the uprising in Ukraine, and he received an Emmy nomination in 2017 for "Cries From Syria" about the war in Syria.Â 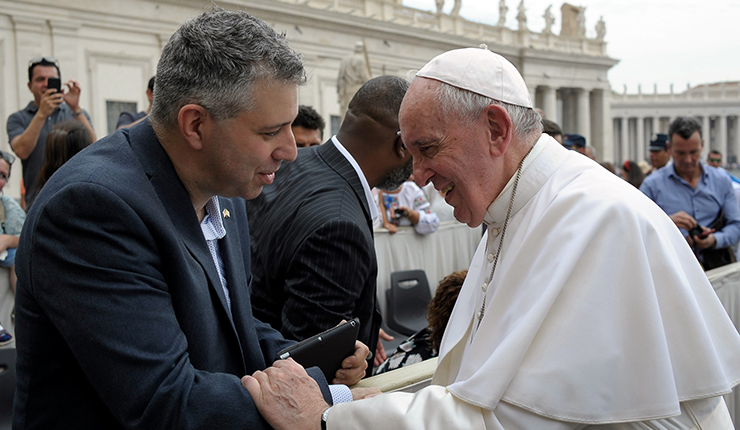 Whether you have little interest in the Roman Catholic Church or its leader, there's more to "Francesco." It's a beautifully rendered masterpiece that tells the story of a simple man in a powerful position who remains dedicated to the world and its inhabitants.

To see the film: