Daredevil drivers swerve and slam into each other. Gun-wielding baddies seek innocent targets with ruthless precision. And an attractive cast literally races against the clock, forward and backwards, in order to Save the World from imploding along with the space-time continuum we hold near and dear, both in real life and in our popcorn entertainment. 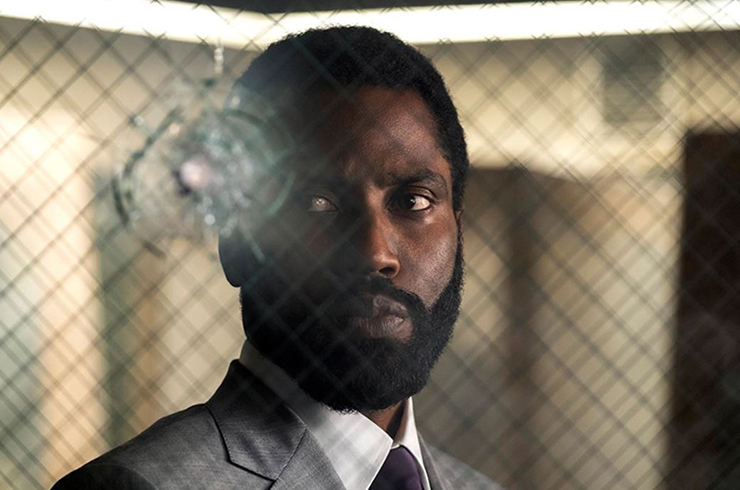 John David Washington, the son of Denzel Washington, plays The Protagonist in the Christopher Nolan's "Tenet."

Now take all those kinetic parts, add a healthy dollop of quantum physics talk, and then siphon every ounce of joy. Presto! Out comes âTenet,â Christopher Nolan's latest ploy at injecting the espionage genre with disquieting sci-fi driven paranoia while depriving it from the very element that tends to keep the wheels greased in this sort of thing: Fun.

This critic takes no pleasure (hey, there's another thing that's in short supply here) in reporting that the latest jigsaw-puzzle trinket from the âInceptionâ auteur is a punishing slog, a glum, stone-faced affair that's done in by its obsessive quest to map out its byzantine plot with dot-every-i fastidiousness.

It clomps along when it ought to sprint like a 100-meter dash runner. It's the last thing we want from our summer entertainment: a thriller of gargantuan scope but precious few thrills. 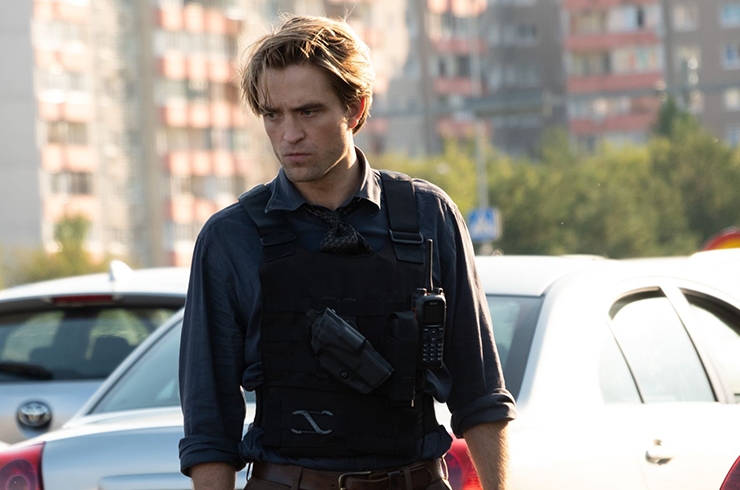 The film's opening sequence, set at an opera house in Kiev, starts out giving âMan Who Knew Too Muchâ vibes, at least before what appears to be a terrorist attack torpedoes the intrigue with a lack of finesse that corrodes much of this endurance test of a movie. Thrown into the chaos is an American, played by John David Washington (aka Denzel's son), who appears to be an undercover agent intent in foiling whatever these masked thugs have planned for this moneyed crowd. 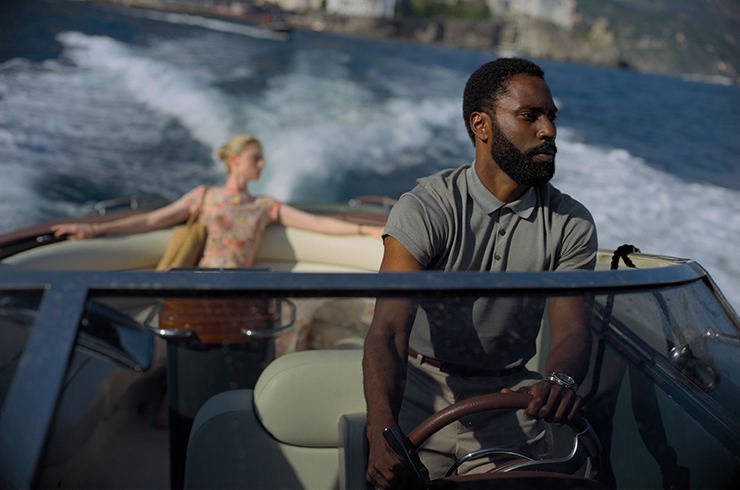 It doesn't take our nameless protagonist (no, really, the character is billed as The Protagonist) long to realize that he is in way over his head. (Psst, so are the viewers.)

What appears to be a capture is actually a recruiting stunt overseen by the enigmatic Victor (an all-too-brief turn by Martin Donovan). The friendly stranger offers Washington's character an intriguing mission, but his exposition-heavy briefing, ostensibly meant to clarify, instead yields more questions.

The takeaway? One word: tenet. (I felt compelled to look it up. Merriam-Webster defines it as âa principle, belief or doctrine generally held to be true; especially, one held in common by members of an organization, movement, or profession.â) The anagram might nudge the film toward its next stage, but the Big Clue also obfuscates what's at stake.

The Protagonist says yes, or at least we think he does, because shortly after he is seen doing his spy schtick in order to get his foot in the door and keep climbing the underworld ladder. Along the way, he partners up with Neil (Robert Pattinson), a shadowy yet strangely friendly fellow spy who (dramatic music, please) knows more than he's letting on. Is he trustworthy?

Definitely more so than what appear to be the two most crucial pieces of the puzzle: Russian oligarch Andrei Sator (Kenneth Branagh) and his estranged wife Kat (the statuesque Elizabeth Debicki). The Protagonist intuits that Kat is the key to elbowing his way to meet with Sator, a Machiavellian sociopath with a violent streak and a penchant for monologuing. 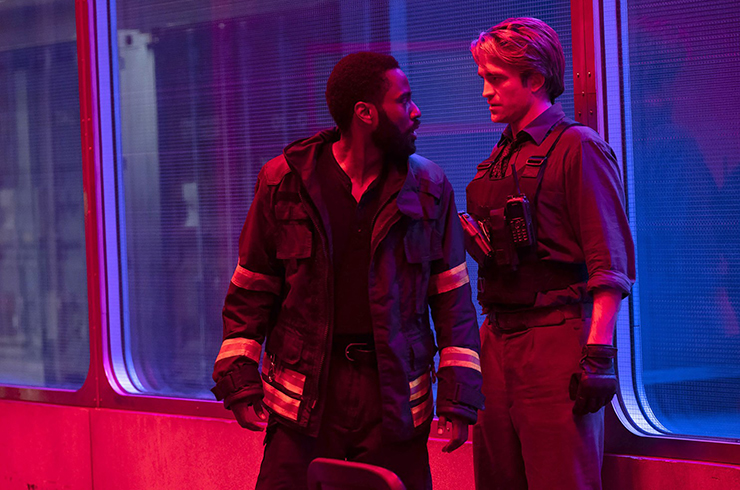 A discernible narrative line emerges from these story fragments, no? Reader, it sure does not feel clear while watching âTenet.â At all. Dense, confusing and hard to follow, the movie plays like a concept that Nolan worked out in his head but has failed spectacularly to convey to his audience. Next to this film's hourglass sand of a plot, âInceptionâ plays like a straightforward crime thriller and his space epic âInterstellarâ plays like a domestic drama partly set in space, which it actually is. The latter movie gave viewers a rare glimpse into the filmmaker's tender, unabashedly sentimental side, a breakthrough in his development as a storyteller.

Nolan hasn't completely abandoned that attentiveness to his characters' emotional journeys. In âTenet,â he periodically pauses the slowly gestating narrative to peek into Andrei and Kat's crumbling marriage. These scenes lead to a jarring shift in tone. The poker-faced tedium whenever The Protagonist and Neil are figuring out their next move gives way to some sloppy, over-the-top nonsense whenever the warring spouses argue. Debicki, with her femme-fatale aloofness, fares better than Branagh, who alternates between growling threats and chewing the scenery with cringe-inducing excess. I winced every time these two shared the screen, at least when they weren't eliciting unintentional laughs, but at least they provide a respite from the oppressive drone of the rest of the film. 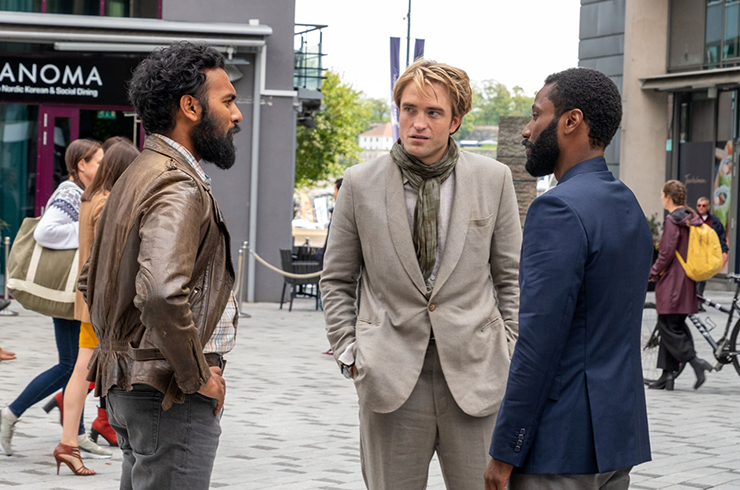 Did I say drone? The word also applies to the movie's muddy sound mix. There ain't no theater in existence that could make that dialogue easier to decipher, an obstacle in a movie with a more conventional structure, but a real deal breaker when it comes to a borderline impenetrable narrative like âTenet's,â where it's pretty important to understand what the characters are saying.

Once the film eventually arrives at its high-concept conceit, which involves characters' ability to experience time differently, the staggering pressure placed upon viewers to tell what is happening (and when) becomes an insurmountable load to carry, not just due to its sheer magnitude, but because Nolan doesn't make it enjoyable. A little levity could have gone a long way here, but such instances are minimal to nonexistent. Instead, what should have flowed like a ripping yarn feels uncannily like an academic seminar that unsuccessfully uses the building blocks of action and suspense to illustrate complex notions about what makes time tick. 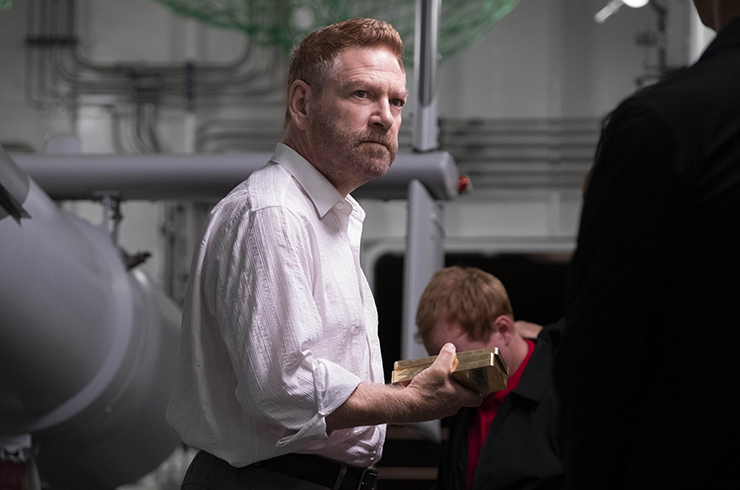 Clearly, to fully grasp all that âTenetâ has to offer, it requires multiple viewings, not unlike âInceptionâ before it. But to embark on this lumbering bore a second or third time, it would behoove the director to have crafted something that one would want to revisit.

Sadly, the only direction the movie motivates me to go is as far away from it as possible. If this sounds like harsh judgment on my part, it's coming from someone who has long admired, though not always embraced, Nolan's brainy approach to the medium and audacious visual curlicues. It takes moxie to work on such a grand scale and still have the finished product feel oddly personal. Such is the case with âTenet.â It might possess the traits one associates with a commercial blockbuster, but in some ways it subverts these trappings for the sake of the director's existential pursuit, a quest that, at least this time, sends viewers on an exhausting nonlinear goose chase. 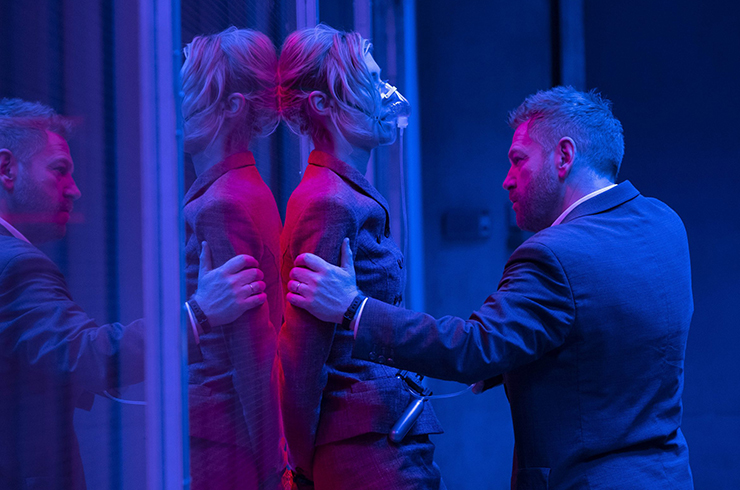 Elizabeth Debicki, Kenneth Branagh as a bickering husband and wife in the Christopher Nolan's "Tenet."

With such lofty goals, the characters are reduced to pieces on a sleek chess board. And if Nolan doesn't give a damn about what happens to his chronology-challenged travelers, why should we? For a movie brimming with incident and portent, âTenetâ rings hollow. It amounts to a barren movie-going experience.

Christopher Nolan's âTenetâ is now showing in wide release across Broward County, including the AutoNation IMAX in downtown Fort Lauderdale, the film's only Florida engagement in 70mm. Elsewhere, theaters are set to reopen the day after Labor Day in Palm Beach County and at a later, hopefully not too distant date in Miami-Dade County.