How This 'Belle' Made South Florida Theater History

Livestreamed Show Decked Out as a Full Production 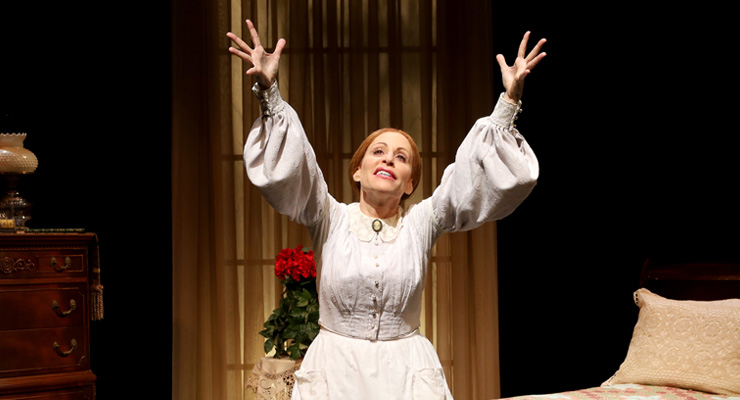 Viewers who saw the recently streamed production of âThe Belle of Amherstâ witnessed what could very well be the first in-person Actorsâ Equity production inside a theater in South Florida since venues were shut down worldwide over a year ago because of the pandemic.

The Tony award-winning one-person drama by William Luce tells the story of poet Emily Dickinson and the life she led in the 19th century. It was staged, without an audience at Dramaworksâ main stage in West Palm Beach, with only a handful of people present.

It also marked the first time its star, award-winning South Florida actress Margery Lowe, was able to set foot in a theater since they shutdown.

âIâm always grateful when I start a new role, but this was 1,000-fold more wonderful than Iâve ever felt,â says Lowe. When the theaters shut down in mid-March, 2020, Lowe had just taken her last bow in in âBrighten Beach Memoirs,â at the Maltz Jupiter Theatre in Jupiter.

âOur last show was Sunday, and then the world stopped that Wednesday. But no one knew how long the shutdown would last. The hardest part was the uncertainty,â she recalls. âThere were lots of play readings on Zoom, but itâs not the same. Youâre alone in a room, just talking to a computer screen. Thereâs an emptiness about it."

The "Belle" production also made South Florida theater history because it was jointly produced by Actorâs Playhouse in Coral Gables and Palm Beach Dramaworks in West Palm Beach, the first time the two theaters had collaborated on a production.

âDavid and Bill had talked about doing a co-production before, but they were always working full throttle on their next seasons, but then came the pandemic,â says Brooke Noble, Actorâs Playhouseâs general manager of communications, referring to Actorâs Playhouseâs Artistic Director David Arisco and Palm Beach Dramaworks Producing Artistic Director William Hayes. Given the need to limit the number of people in the theater, a one-or-two actor play was a necessity, so the âThe Belle of Amherst,â seemed a natural choice. 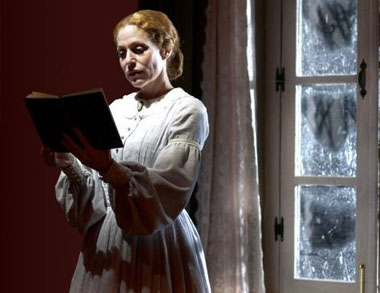 But they also needed a star who could pull it off, as had Julie Harris in the original 1976 production. During the more than two-hour long play, Lowe not only must portray the poet at different stages in her life, but also takes on some 15 characters she interacts with, from family members to real or imagined lovers, during what is essentially a monologue.

âHaving seen Marge embody Dickinson in a very different play, and having developed a professional bond over 15 years and numerous productions, I knew she had the range, the skill set, and the artistry to pull this off brilliantly,â said Hayes. As for Lowe, she instantly accepted.

But then came the daunting task of getting approval to work in the theater building, says Noble. âAs far as I know this is the first contract in South Florida to be approved for âfilming indoors without an audience,â and it took months and months for everything to be approved, and then, once confirmed, to be put in place,â says Noble.

Accomplishing the two-and-a-half weeks of videotaping required adhering to 39 pages of regulations from the theater union, Actorâs Equity. This involved spending $15,000, from union-approved ventilation to purify the air, to PPE (N-95âs or double masking), to bringing in a nurse to test everyone. Lowe, Arisco and Hayes, along with set designer Michael Amico; costume designer Brian OâKeefe, lighting designer Kirk Bookman and sound designer Roger Arnold, had to be tested three times weekly.

For Lowe, it also meant interacting with themâbut no one else â socially distanced, in the 218- seat theater. No preview performances and definitely no opening night. âNot having a live audience was the biggest challenge. In a one-person play, the audience becomes the other character; without that, thereâs no tangible energy,â she says. So, since, in the play, Dickinson is addressing an unseen guest, she decided in her mind who that character would be, made her acting choices accordingly, and hoped for the best, she said.

Lowe obviously chose well. It was reviewed in the Wall Street Journal, in which critic, Terry Teachout, wrote, âNot only is this one of the best theatrical webcasts Iâve seen in the past yearâ¦but Ms. Loweâs performance is superior in certain important ways to that of Julie Harris.â

And, as for the future of these two theaters, says Hayes, âNow weâre sharing things that we should have been sharing long ago. During a pandemic, the lessons we should learn are to celebrate unity and the strength of our community,â says Hayes. In their joint statement, Arisco and Hayes said, of the âBelle of Amherst,â that it was their way of saying, âWeâre still here, weâre still creating art, and weâd love your attendance when you feel comfortable.â

"The Belle of Amherst" was made available for a single livestream April 2 through 6. Tickets were $30 and season subscribers to either Palm Beach Dramaworks or Actors' Playhouse could view the stream free.Â

The production was deemed such a success that Arsico says that there are currently discussion with several professional regional theater companies in Florida about the possibility of producing "The Belle of Amherst" post pandemic in front of a live audience.