I Love Lucy Live On Stage

Tribute to Celebrated Show at the Arsht Center

When I interviewed Ellen DeGeneres a few years ago, I ask her who her biggest influences were. She told me that one of them was Lucille Ball. "She's one of the reasons I do what I do," said DeGeneres. 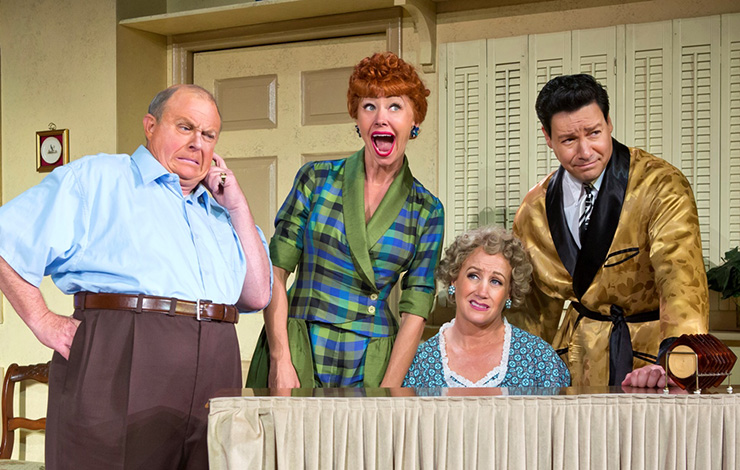 Ball was a game changer and so was the CBS show that she helped to create. She was multitalented and influenced I Love LucyÂ with her writing, directing and even editing, and she was instrumental in shaping the Lucy character into televisionâs first physical comedienne.

When the actress discovered she was pregnant, she made television history when she had her pregnancy be written into the show. It was the first time pregnancy, a taboo subject for television at the time, was depicted on television. The birth of Little Ricky on January 19, 1953 drew an estimated 44 million viewers and broke all records. 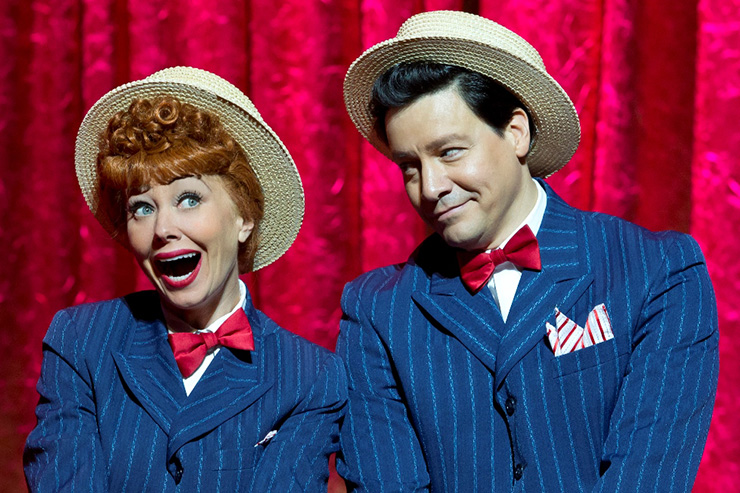 Sirena Irwin as Lucy and Bill Mendieta as Ricky from the 13-14 national tour of LUCY LIVE.

There were other history making moments during the I Love Lucy show, during its run from 1951 to 1957. The trailblazing show pioneered the multi-camera shooting technique (still employed by the majority of traditional sitcoms to this day) and the use of 35mm film for the capture of a weekly, 30-minute scripted television program which made possible the re-airing of episodes at a later date, what we now know as ârerunsâ). In September 2012, I Love Lucy Â®Â was named the âBest TV Show Of All Timeâ and the âGreatest TV Comedyâ by People Magazine and ABCâs "20/20" special "Best in TV: The Greatest TV Shows of Our Time." 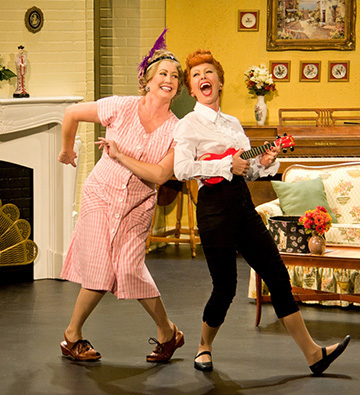 Joanna Daniels as Ethel and Sirena Irwin as Lucy from the 13-14 national tour of LUCY LIVE.

Now there's a live stage show dedicated to the groundbreaking television show. I Love Lucy Â®Â is live on stage and in color. "I Love Lucy Â® Live on Stage" will launch its new season at the Adrienne Arsht Center for the Performing Arts on Tuesday, Sept. 30, before hitting the road for cities including Louisville, Baltimore, San Francisco and Madison, Wisc.

An "out-of-body experience for 'Lucy' fans" according to Showbiz Chicago, I Love Lucy Â® Live on Stage, takes audiences back to 1952 as members of the Desilu Playhouse studio audience where they await the filming of two very familiar I Love Lucy Â® episodes, âThe Benefitâ and âLucy Has Her Eyes Examined.â A host entertains and enlightens the crowd to the behind-the-scenes filming process of a brand new thing called âtelevision,â the Crystaltone Singers perform advertising jingles in perfect 50s style harmony and the antics of Americaâs favorite foursome â Lucy, Ricky, Fred and Ethel â are, of course, front and center.

I Love Lucy Â® Live on StageÂ had its world premiere in Los Angeles at the Greenway Court Theater from October 2011 to February 2012. A subsequent Chicago production was launched that played two engagements at the Broadway Playhouse, September 2012 to March 2013. The 2013-2014 national tour visited cities including Toronto, Boston, Philadelphia, Nashville and Costa Mesa. 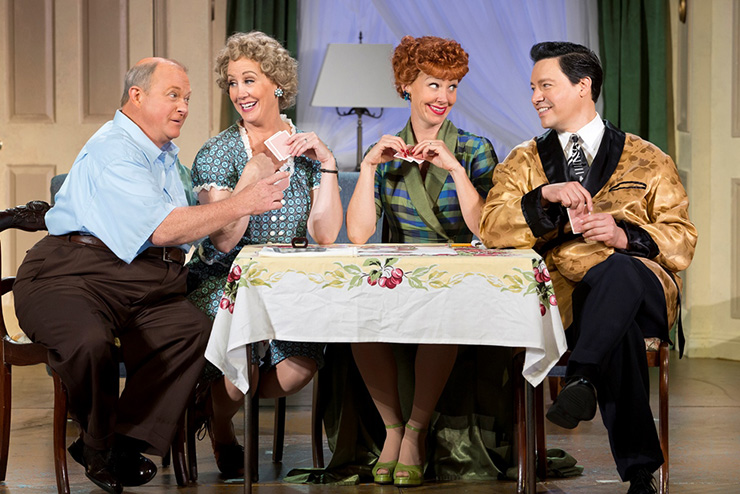 DANCE: There's a newly reimagined "Nutcracker" and Dance NOW Miami! debuts it this weekend. Cameron Basden has the preview.

MOVIES: A trio of family films has little in common but also have plenty of parallels.

DANCE: Arts Ballet Theater celebrates 25 years and it's become such a vital part of Miami. Cameron Basden has the story.