In Unremarkable 'Rise,' Star Wars Gets Lost In Space

I run at warp speed up the escalator and across the lobby, open the door to the auditorium, and there's Luke, Han, Leia and Chewbacca, trapped in the trash compactor. It's the summer of 1977. In one of my first movie-going memories, my parents take my brother and me to Plaza Las AmÃ©ricas in Hato Rey, Puerto Rico, for a matinee showing of "Star Wars." Not "A New Hope." Not "Episode IV." Just plain "Star Wars." 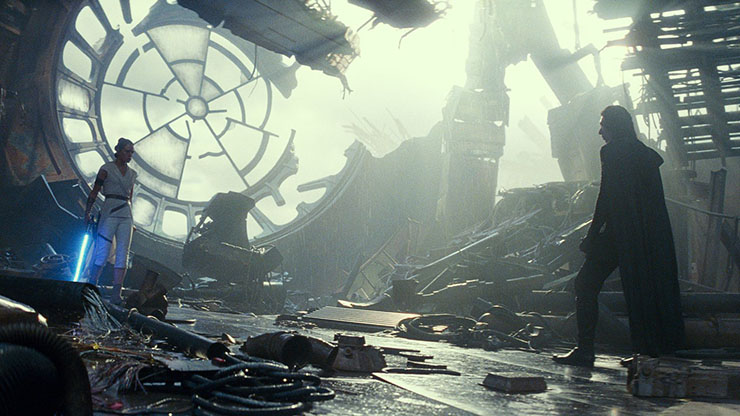 Walking into a movie at the halfway point was a common practice that, thankfully, has gone the way of Jabba the Hut, and so three years later, my brother and I made sure we saw "The Empire Strikes Back" from beginning to (traumatic) cliffhanger. I was upset at how much my beloved Rebels suffered, and even more upset I'd have to wait three more years to see how it all turned out.

Of course, I came around on "Empire," and even Mom came around on the Skywalker saga when we took her to see "Return of the Jedi" at the second-run Roosevelt, also in Hato Rey. Despite the modest nature of the bargain-priced theater, I still felt that tingle in my stomach, restless with anticipation as to what George L. was going to show me that day. In my case, for the second time.

I felt some of that frisson of the unexpected two years ago when I saw "The Last Jedi" (aka Episode VIII), an unfairly maligned chapter (also a tad overpraised in some circles) that showed "Looper" director Rian Johnson taking risks that are all too rare in a franchise of this magnitude. 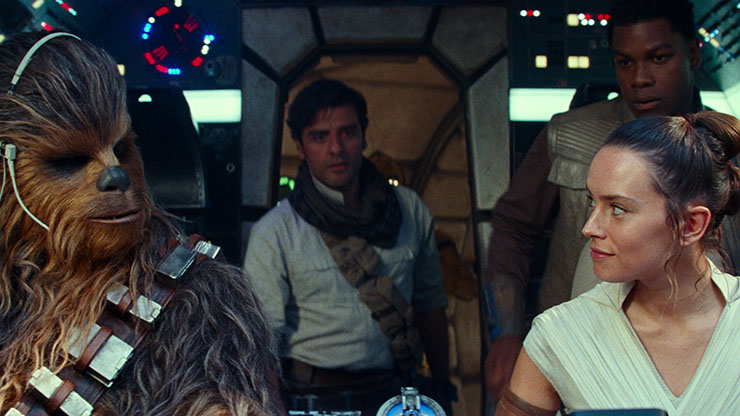 So before delving into the many, many ways "Star Wars: The Rise of Skywalker," the ninth and (ostensibly) final entry in this four-decades-in-the-making sci-fi epic, goes astonishingly wrong, let's begin with what it gets right. At heart, Lucas took aspects from John Ford's "The Searchers," Akira Kurosawa's "The Hidden Fortress" and the matinee serials he grew up on as points of departure for him and his screenwriting collaborators to tell a generations-spanning tale of a dysfunctional family that bears a resemblance to our own, despite being separated across vast chasms of space and time.

It wasn't just the newness of the technology or the expertly staged action that kept drawing audiences to the theaters again and again. It's how Lucas and his team made us see ourselves in these characters, particularly when he turned the one who was initially portrayed as pure evil into a remorseful father. Despite that he was an extreme case of damaged goods, Dad discovered he still felt something for his children. Could that possibly be love? 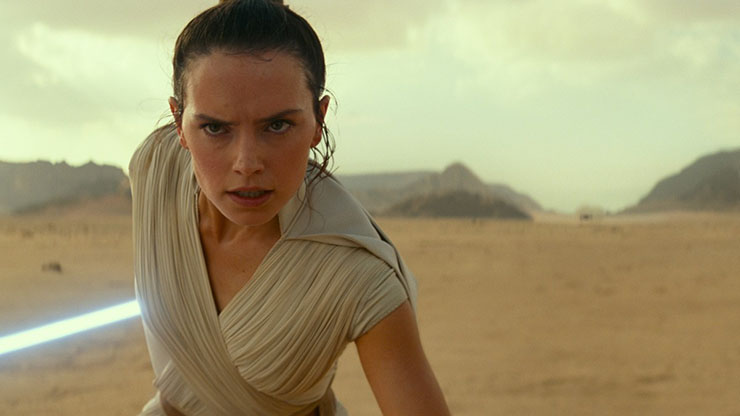 Director J.J. Abrams, returning to the director's chair after making "The Force Awakens" (aka Episode VII) understands this cornball sentiment is not something to shy away from but embrace wholeheartedly. But what's missing this time is a creative spark, the kind of overarching vision that weaved together the two prior trilogies, even Lucas' much-maligned prequels. Without that backbone mapping out how the events will unfold, it lays bare that the team behind "Skywalker" is making things up as they go along.

As a result, viewers invariably end up thinking more about the behind-the-scenes turmoil that has plagued the franchise since Disney bought Lucasfilm back in 2012 than whatever is happening onscreen.

"The Rise of Skywalker" picks up some time after the events of "The Last Jedi," which ended with the Resistance in tatters and the First Order, aka the fascistic regime born out of the embers of the Galactic Empire, hot on their tails and finalizing plans to snuff out those pesky Rebels once and for all. A shrewd director would incorporate aspects from both "Force Awakens" and "The Last Jedi," striking a balance between the familiar comforts of the former and the bold departures of the latter.

But Abrams, working from a screenplay credited to him and "Argo" scribe Chris Terrio, shows little to no interest in further developing the intriguing, politically minded strands Johnson cultivated in his imperfect but engrossing entry. A Jedi can come from anywhere, and the future of this galaxy rests on the oppressed masses ready to rise up against the soul-crushing overlords, "Last Jedi" posited with an eye on ensuring the series continued to evolve. 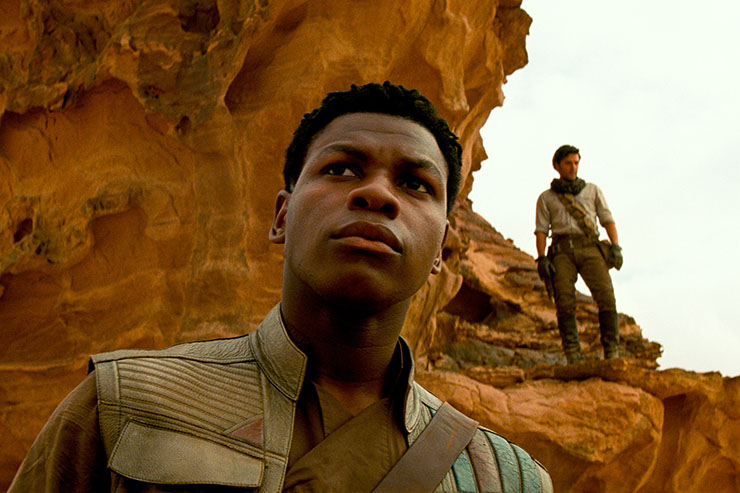 In "Rise of Skywalker," Abrams and Terrio react to these concepts with a collective "that's nice, but no, thanks," reverting instead to the wall-to-wall fan service that hampered "Force Awakens." Abrams' heart is clearly in the right place, but he's supplanted the curiosity Johnson brought to the table with franchise fatigue.

Familiar faces and new characters once again fight for screen time, some amounting to little more than window dressing, as the central heroic trio of spunky Rey (Daisy Ridley), steadfast and loyal Finn (John Boyega), and raffish and brash Poe Dameron (Oscar Isaac) cross paths and square off against the brooding, tortured Kylo Ren (the ubiquitous Adam Driver), all while going on yet another scavenger hunt that is even more generic and forgettable than in previous installments.

The big selling point here, already spoiled in trailers and TV spots, in addition to Carrie Fisher's final onscreen moments as General Leia, is the return of Emperor Palpatine, apparently reanimated from the ashes of previous script drafts. Once again played by Ian McDiarmid, the character has the potential to wrap its tendrils around this tired and stale cash cow to at least give it a sinister jolt, but Abrams and Terrio give him nothing to do but assume stock villain duties, leading to scenarios that feel like dÃ©jaÂ  vu all over again. (Richard E. Grant fares better at twirling his mustache as the ruthless General Pryde.) 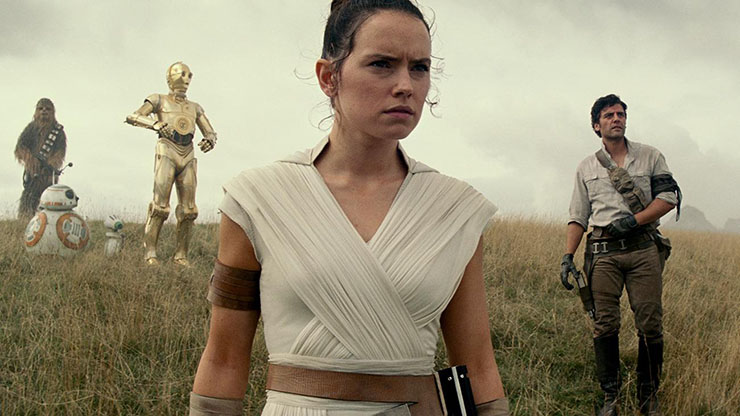 The real Frankenstein monster attempting to pull the strings turns out to be "The Rise of Skywalker" itself. The more it grafts aspects from its eight predecessors onto its frenetic, slapped-together narrative, the more impersonal it becomes. There are a couple of interesting ideas tossed around, like a heretofore unseen way of using warp speed, but they are abandoned as soon as they're introduced. You feel your goodwill eroding like the sands of Tatooine, well before a conclusion that feels at once preordained and undercooked.

Even the chemistry between the younger actors feels halfhearted, their stabs at humor feeble. Most dispiriting of all, their quest for personal fulfillment is barely explored. Dameron's proclivities and Finn's separate (unrequited?) yearnings, in particular, are hinted at in timid, wholly unsatisfying ways before Abrams attempts to tie everything up in a bow without answering any vital questions. 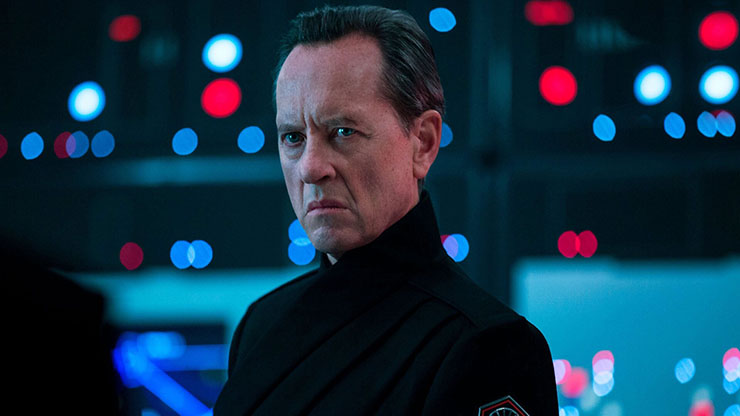 But as much as you may want "The Rise of Skywalker" to grow a pair and take "Star Wars" into the future, it remains irreparably stuck in the past. The resistance has been squashed by Disney's evil empire, it pains me to report, and no one is more crushed than my inner sci-fi/fantasy geek that this once influential, precedent-setting series has gotten lost in the firmament.

"Star Wars: The Rise of Skywalker" is now showing in wide release, including IMAX and large screen format engagements throughout South Florida.