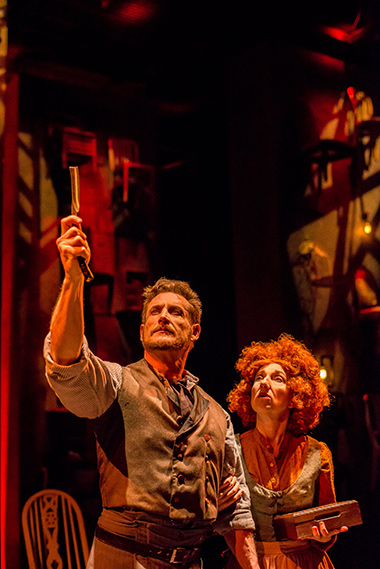 Zoetic Stage has a love affair with Stephen Sondheim, and, it's proven golden opportunities for local actress Jeni Hacker. She says she was up to the challenge for roles as Fosca in "Passion" and Frieda in "Sunday in the Park with George," two of Zoetic's recent Sondheim offerings. But nothing can compare to the pie-making madwoman Mrs. Lovett, which Hacker is playing in Zoetic's "Sweeney Todd."

"Stuart (Meltzer), the director asked me pretty early on when he picked out the show at the end of last season. Mrs. Lovett is a role that's not going to come by very often. You're very fortunate if you get to play it once and and it's been everything it was cracked up to be. It's been really challenging, really daunting. It's been the hardest thing I've ever had to do on stage."

Hacker stars opposite Aloysius Gigl who plays the demon barber of Fleet Street. "Sweeney Todd" tells the story of the vengeful barber Benjamin Barker and his twisted partner, pie baker Mrs. Lovett who together, devise a plot to add a special ingredient to a recipe that has all of London dying for their pies. Is it a horror musical? "It is absolutely a horror story. It's interesting to me the path that this show has taken over the past 40 years." 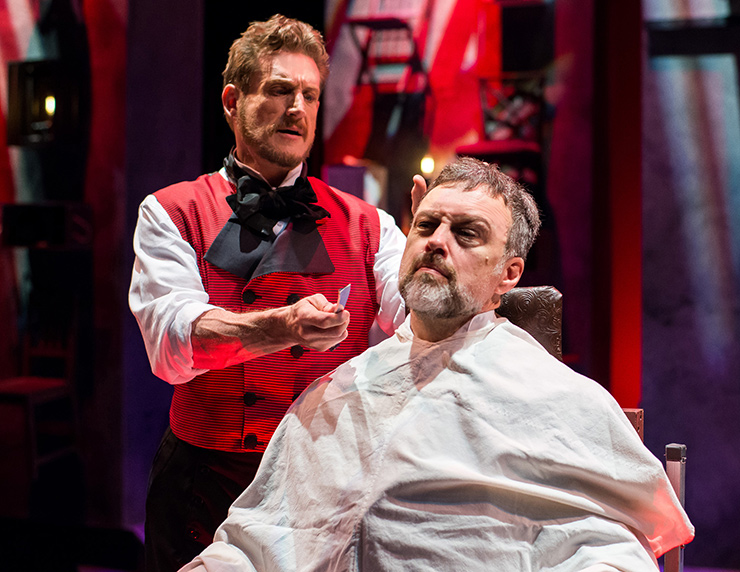 "Sweeney Todd: The Demon Barber of Fleet Street" opened on Broadway in 1979 and in London's West End in 1980. Johnny Depp starred as the villainous barber in the 2007 movie with Tim Burton as director. Hacker was aware of Angela Lansbury's Mrs. Lovett, which cemented the character in Broadway consciousness, but she says it's been easy to develop her own take on the character. " 'Sweeney Todd' wasn't one of those original cast recordings I would pop in a CD player in the car, so I didn't have to unlearn anything."

She believes audiences will be enthralled by the "chamber theater" approach Meltzer has taken to the giant musical. "He managed to assemble eight extraordinary voices. It sounds like 30 people, and because of the thrust staging, there's a greater intimacy with the audience. You're really immersed in it. Even for true die-hards of 'Sweeney Todd,' I think this will be a unique storytelling experience for them." 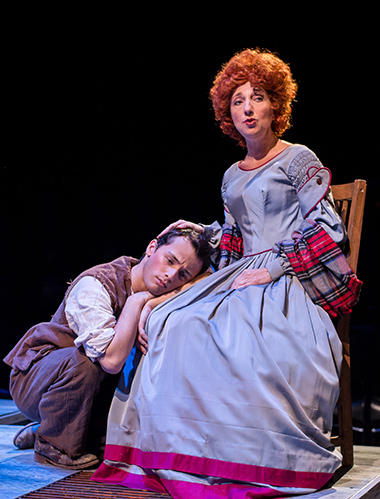 Trained in musical theater at the University of Miami, the actress says she approached the role from the point of view as a singer first. "Originally I get all the music down and then I can layer the character from there. It's very important if I don't have the notes and I don't know my music, well, it's hard for me to build on anything else. That's just the direction in which I work."

With the chamber musical approach, Hacker says that the difference in Zoetic's staging, and what audiences should look out for, is the way the eight-person cast plays all the characters necessary.Â

"The original musical had upwards of 20 cast members. Here, we do step in and out of our characters. It becomes more of a storyteller theater-type experience. We honor some of the traditional expectations and we've taken liberties, too. It's a fun way to watch the story unfold in front of you."