Ferne Pearlstein's film "The Last Laugh" was literally years in the making. The film, which screens Saturday and Monday as part of the Miami Jewish Film Festival, got its genesis from an academic paper given to her by a friend who said, and she quotes, "Here, make a movie out of this." But what she found was that not everyone thought a movie about whether jokes regarding the Holocaust were funny, possibly acceptable, or simply just in bad taste, was something they wanted to be associated with. 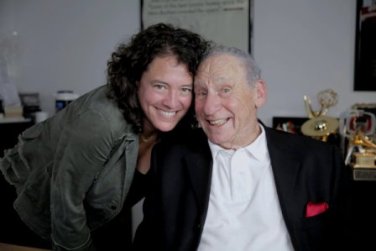 Ferne Pearlstein and Mel Brooks during shooting of "The Last Laugh."

"The subject matter is so taboo, especially within the Jewish community," says Pearlstein, a cinematographer as well as director. "As much as I could tell people in a proposal that this film was going to talk about humor as healing, people were worried that it was going to make fun of the Holocaust. That was the main concern, so Jewish or not Jewish, it's a slippery slope. I understood that it was not my intent do that, but no one wanted to take the risk."

She and her husband, producing partner Robert Edwards, began trying to get the film made in 1998, but it wasn't until 2011 that they finally got funding.Â

The next hurdle was getting top comedians to sign on for the project. "This is another area where we just didn't give up. Edwards was also a screenwriter and associated with the powerhouse Creative Artists Agency. "That helped a little, but not as much as you would think, but it did help us to get the first important one which started the ball rolling."

That "first important one" was Rob Reiner, who was also instrumental in getting his father, Hollywood icon Carl Reiner, to commit to an interview. 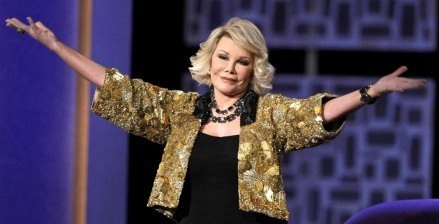 Joan Rivers passed away just before she was to be interviewed for "The Last Laugh." Clips of Rivers are included in the film.

Some people were more difficult to get than others. Pearlstein wanted the irreverent Joan Rivers to speak about the subject. "She said yes, but was so busy we couldn't pin down a date. After we finally got a date set in September, and well . . . "

She got A-listers, Mel Brooks, is front and center in the movie, and no wonder. He's a comedian that has no fear of taking on taboo humor. In the film, he talks about the reaction to his movie "The Producers," which was later made into a play, which features the outrageous Broadway number, "Springtime for Hitler," a piece itself that takes on how funny one can go in poking fun at the Holocaust.

"We knew we couldn't do this movie without Mel Brooks," says Pearlstein.

Then Brooks contacted another "get." Sarah Silverman. "He called her up and said to her, I don't do much, but this movie is worth doing."Â

The comedians featured in the film are some of the best in the business â Susie Essman, Judy Gold, Gilbert Gottfried, Larry Charles, and Louis C.K., to name a few. But Pearlstein also wanted a survivor's perspective on the whole issue.

She found that in Renee Firestone, an Auschwtiz survivor, and her daughter, Clara.

"I knew right away as soon as I spoke with them. It was an instsant connection. They had a great dynamic and we followed them with a camera for five years."

Where the movie got its start was in Miami when Pearlstein was in college. "I was working for a Japanese newspaper and was visiting Miami with a group of foreign journalists. The Holocaust Memorial had just opened, so there was a survivor giving a tour. This was maybe 1990 or 1991. After the tour, we got into a discussion with her about the book 'Maus,' "

"Maus," a graphic novel by American cartoonist Art Spiegelman, serialized from 1980 to 1991 Â depicts Spiegelman interviewing his father about his experiences as a Polish Jew and Holocaust survivor. The work employs postmodern techniques and represents Jews asÂ mice and Nazis as cats.

"She was very upset about the depiction and it stuck with us. It went off to film school and my friend went off to grad school. He ended writing a 40-page paperÂ âThe Last Laugh: Humor and the Holocaust.â That paper by Kent Kirshenbaum begins the journey of "The Last Laugh." 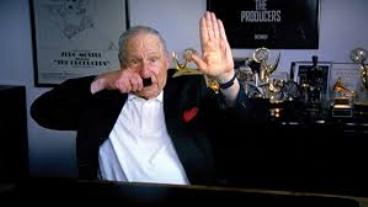 Mel Brooks in "The Last Laugh."

A cinematographer, Pearlstein shot much of the film herself and she did it in her way -- shooting the film on Super 16mm, which gives the documentary a richness.Â

Pearlstein's archival footage in the film are astounding, too. Seized Nazi footage of cabaret acts in the camps and behind-the-scenes footage of Jerry Lewisâ still-unreleased âThe Day the Clown Cried.âÂ

"I had so much time to research the film I was able to collect and assemble so much of this stuff over the years."

She also has some incredible outtakes that she's planning on adding to the film for its theatrical release (a date and month to be determined). "When you interview comedians, the outtakes are a dream come true!"

"The Last Laugh is at the Miami Jewish Film Festival showing on Saturday at 8 p.m. at O Cinema Miami Shores @ MTC and at 8:30 p.m. Monday Jan. 23. This is a rush line film and tickets are $13. Advance tickets are no longer available for the film. Director Ferne Pearlstein, Producer Robert Edwards, and Performer Jake Ehrenreich ("A Jew Grows in Brooklyn") will be in attendance to introduce the film and participate in an extended conversation afterwards. Go to miamijewishfilmfestival.org.