A Conversation With Jean Valjean, aka Nick Cartell 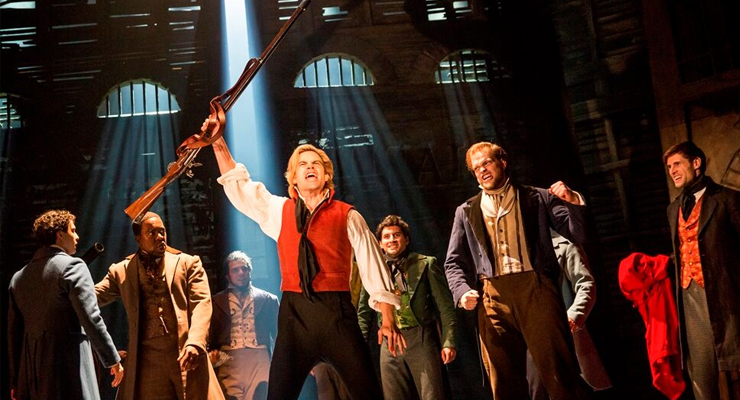 "Les MisÃ©rables" comes to the Broward Center for the Performing Arts. Starring as the icon character Jean Valjean is actor Nick Cartell. Here's our converation with Cartell about coming to Fort Lauderdale and why the showstopping song, "Bring Him Home" from the Broadway musical holds such meaning to him.

miamiartzine.com: I saw a touring production of "Les MisÃ©rables in Miami last year." It was amazing. Were you Jean Valjean in that show?

Nick Cartell: Yes I was in that production actually we played Miami, but we did not play Fort Lauderdale. There were only two cities in Florida we didn't play, Orlando and Fort Lauderdale, so here we are.

maz: The characters seemed to have more depth in this latest touring production.Â

NC: I think that it is very true with our production. It really takes more of a look at the novel that Victor Hugo wrote and adds such a connection to these characters. I feel such a connection,Â  and it's our job as actors bring them to life. The direction in this production makes it come alive even more than it has before. 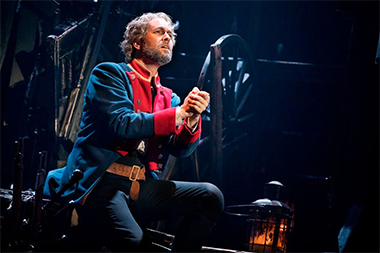 Nick Cartell as Jean Valjean sings "Bring Him Home" in the nationa touring production of Les Miserables coming to the Broward Center for the Performing Arts.

maz: How long have you been touring with this production.

NC: Since the tour began in September of 2017.Â

maz: How do you find something new in a character you've played almost every night for two years?

NC: It's the audience's energy. It's different every night. I also think we bring a lot of ourselves to these characters. I know depending on what's happened in my day, it will affect my emotions.Â  Then, with a story like this it is so dense. These characters are so well written by Victor Hugo and then they are so fully explored in the musical.Â  There's always a chance to discover new things.Â  If you sing a word differently, it can put a whole new spin on that moment. Or really listen to what other characters are saying to you makes a difference.Â

Make it more than words on a page. The challenge has been finding my own way of doing this show and make it a "Les MisÃ©rables" for this generation.

That's what keeps it fresh, exciting and keeps our audience engaged. All of us that are doing this show we have a shared passion for this show that it's quite remarkable and we do keep it fresh and alive for every single performance. 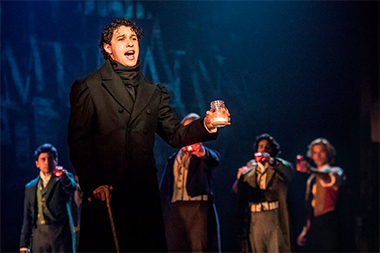 Joshua Grosso as Marius in the touring production of "Les Miserables" coming to the Broward Center for the Performing Arts. Photo: Matthew Murphy.

maz: This show has played through so many moments since it opened in London in 1985, but it somehow speaks to people no matter what time period you're in. Yet, ,right now, what we're in the middle of politically in the United States, it seems so relevant.

NC: It's so true and that's why audiences connect with this story. The musical is about people who are are fighting for their voices to be heard and they are fighting to make their world a better place. No matter what side of the aisles you fall on, you can connect to that story or that ideal. It's truly is a fight for the human spirit along with the amazing score that I think audiences connect with. It's been running for over 34 years there's something about that.

We have audience members that greet us at the stage door and tell us, "I was a teenager and was connecting with the younger characters when I first saw the show; Now I'm a parent and I'm connecting with Valjean and Fantine." This show can grow with you and you connect with characters that you haven't before at different ties.

I got to play the role of Marius (the student revolutionary, who falls in love with Cosette) 10 years ago and so now it truly is coming full circle that I'm getting to play this role. It was a role that I always wanted to play, but I never thought I would be playing it now. But I connect so much with him and his fight to make his world better. I hope I infuse that with my performance every night. 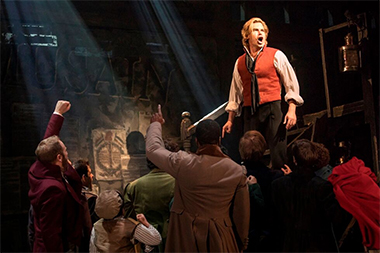 maz: The big moment in the show, the song Jean Valjean sings, "Bring Him Home," every time I see it, there's complete silence in the theater. When I saw you perform it last year in Miami, I don't think people clapped until seconds after the final note they were so touched.

NC:Â The day before my final callback for this show for this role, I lost my mother, Kathy, to ovarian cancer. She had been battling it for six years my dad called me that Monday and said, 'I don't think it's going to be much longer,' and I said 'I'm coming home.' and both my parents told me to stay in New York and see the audition through. They told me, "This could be a life changing and a career changing moment." It's just one more moment that I think of how much my parents and mom sacrificed for me during her chemo treatments and how much my dad did to make sure he was a caretaker for my mom during her entire battle. I can relate it to that character. I cherish that night every night on that stage. 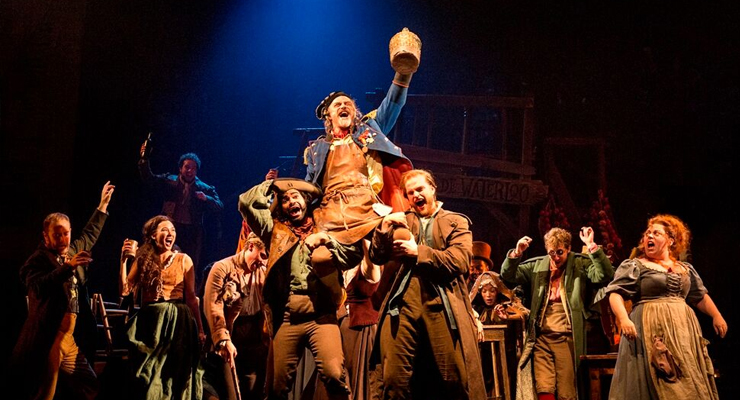 "Master of the House" from "Les Miserables"

maz:Â Do you remember the first time you saw "Les MisÃ©rables"?

NC: The first time I saw it was the PBS concert, the 10th anniversary special, but live on stage I saw it on a tour in Tempe,Ariz., where I'm from, in 1996. I already knew the music, but when I saw it I knew I wanted to play Marius. And I got to do it. I played Marius at the Phoenix Theatre, a professional theater company, 10 years ago. That's where I got my Equity card. The other thing that strikes me when I look back at it now is that I got to see it with my parents in the balcony with my mom and dad. I remember my mom crying at the end. I remember saying to her, "Yeah this story is really sad." And she told me, "No, I'm crying because of the sacrifices of what people who are in these shows do for this job and this is what you want to do." I know she would be so proud. Here I am playing this role in a show that she saw. It's a full circle moment. I know my mom has the best seat in the house every night.