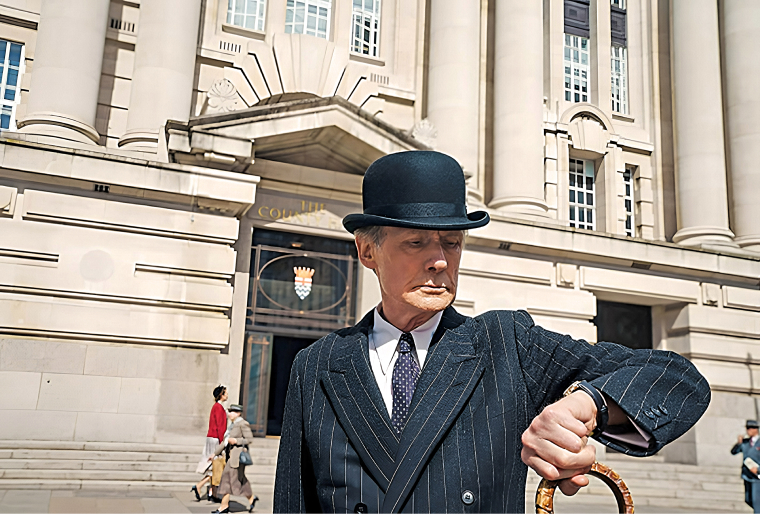 With actor Bill Nighyâs extreme attention to detail along with the careful direction of Oliver Hermanus, and a screenplay adaptation of Akira Kurosawaâs Japanese 1952 classic âIkiruâ by Kazuo Ishiguro, âLivingâ may be about one manâs terminal cancer diagnosis, but it is too richly crafted to be downright depressing.

Thereâs life behind âLivingâ despite its plot, which also brings with it the banality of ordinary life. 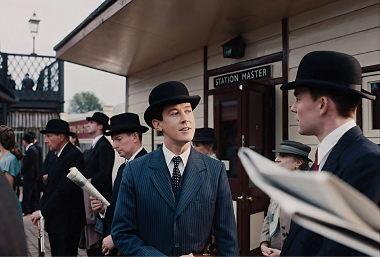 Nighy plays Mr. Williams, the head of the Public Works Department in London, post World War II. The film begins with a new hire Mr. Wakeling (Alex Sharp) learning the rules of the game. Mr. Williams never sits in the same train car with his underlings and everyone knows to let the Boss pass before they begin their daily ritualized walk into work.

Itâs 1953 and thereâs a formality that ups the ante on the genteel. The office workers are never addressed by their first names. The circle, who sits in a small office around the table, each with their name sign â Mr. Hart, Mr. Rusbridger, Mr. Wakeling, and then there is the sole female worker in the room, Miss Harris (exquisitely played by Aimee Lou Wood). Next to each of them, tons and tons of documents. Williams quietly rules the roost. And like almost every public department, the subplot surrounds a group of women who are trying to build a playground on a piece of wasteland. But theyâve been shuffled around from one office to another. Itâs only when Williams gets his diagnosis that the playground becomes a symbol of legacy and life for him. 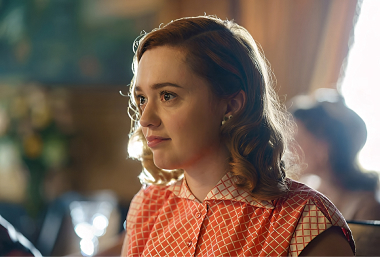 He finds that spark, too, in Miss Harris. Sheâs asked him for a reference for another job and her exuberance for life is something he longs for and feel heâs missed. Wood plays Harris with wide, doe- eyes and Williams decides it's time to get out of his rut and sheâs going to be the one to help him.

Itâs innocent enough but his son and daughter-in-law, who live with the widower and whisper behind the elderâs back believe thereâs something more intimate going on with Pops and Miss Harris. (There isnât.) She confides in him, however, that he has gained a nickname in the office, conjured up by her â The Zombie.

And yes, Williams agrees that may have been true as he shuffled his way through life, that is until these final six months he has to live.

A series of scenes where Mr. Williams is breaking out of his mold where he comes across local bohemian, Sutherland (Tom Burke) who takes him to bar after bar and even a strip club, seem out of place since they render so typical (itâs the last days of my life so Iâm going to go and booze it up). There is some wonderful dialogue as Sutherland tells the bartender: âAnother man, a lesser man, might crawl into a hole and weep. Await his hour with gloom and dread. Not Mr. Williams. He has decided to grasp life.â 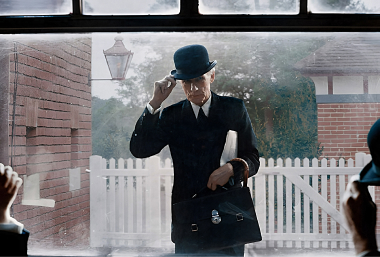 Williams asks the pianist at a club to play âThe Rowen Song.â âI have a little Scotch in me. And my late wife. She tooâ¦â Someone at the bar makes a joke: âLooks like youâve got a little Scotch in you right now, mate!â Nighy sings full of raw emotion â tears welling up as you sense heâs missing his wife and the life heâd wished he had now that his time has been cut short.

There are so many nuances within the film and in Nighyâs performance, especially watching as he inhabits Mr. Williams, never leaning on what the character should be feeling, but bringing the beauty of each word that Ishuguro constructed. Ishuguro, a novelist by trade, writes in a style that makes you not want to miss one word and with Nighyâs precious handling of the lines, that is where the beauty lies within âLiving.â