Katie Holmes Stars in Pic Based on Best-Selling Metaphysical Book 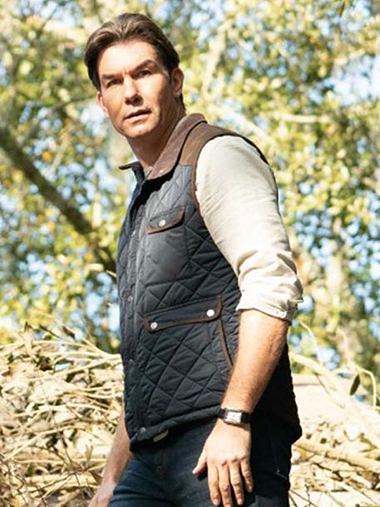 One of the secret highlights of "The Secret: Dare To Dream" is great costuming and fantastic production design. Jerry O'Connell in the smart-looking "Tucker Vest."

"The Secret: Dare to Dream" had its theatrical release put on hold due to the coronavirus pandemic. And, like "The Secret's" premise, many things happen for a reason, and maybe not as you have planned. But for this positive-message movie, the timing in the midst of COVID-19 is a better fit.Â

The pic is loosely based on Rhonda Byrne's 2006 self-help book "The Secret," which had an accompanying documentary film (albeit really kind of cheesy with its dramatic re-enactments) that explained its premise of "your thoughts create your life."

Director/co-writerÂ Andy Tennantâs feature film features the same concept but wraps a Nicholas Sparks-esque story up in all the fortune cookie messaging. Katie Holmes (you'll forget after a half an hour that she was once Mrs. Tom Cruise) stars as single mom and new widow Miranda Wells. Her husband has passed away in an accident and she's trying to pull her life together.

She's raising three children on a shoestring budget and has attachment issues to the house she and her husband shared. Of course, the big house is a money pit and it is starting to drain her both financially and mentally. She could just marry boyfriend and restaurant owner, Tucker (Jerry O'Connell), who she works for as the purveyor of crabs for his Louisiana eatery, and stop trying so hard.

When a mysterious professor (Josh Lucas) shows up in town with an envelope that contains a secret, Miranda's world takes a turn. Of course, the envelope gets swept away in a windstorm and the prof has to get another one from Nashville. And, as happenstance would have it in this film, he accidentally bumps into Miranda, well she bumps into him, even though he's arrived specifically into the small town to find her. Well, you see where all of these coincidences are leading.

With a different cast, "The Secret: Dare To Dream" would turn to mush early on, but Holmes has gotten her acting chops back and that's worth watching. Lucas who was so good in "Sweet Home Alabama" teams up with director Tennant again for this one. Tennant's ensemble direction brings out the best in the cast. And, O'Connell, a favorite since "Jerry McGuire," just seems to be relaxed and rolling along as the blockhead business owner who thinks buying Miranda a flashy Land Rover and delivering it with a big red bow on top will make everything better, not to mention his awkward marriage proposal.

It's difficult not to excuse the sappy screenplay where a pizza shows up because one of the kids wanted it and Tucker must have sensed it through the "energy field" of "if you think it you can have it." It's a little far fetched that Tucker got the mental message and dialed up Domino's for delivery. Then there's the little one who always wanted a pony and in the end, well, she doesn't get one, but she does get a chance to see one up close and personal.

Celia Weston is overbearing as the nagging mother-in-law who lives in an over 55 community and smears on judgement as heavy as her Southern accent.

Depending on your openness and mood, you can excuse much of its Hallmark card flaws because there are things other than the paper-thin story that makes "The Secret" dreamy. 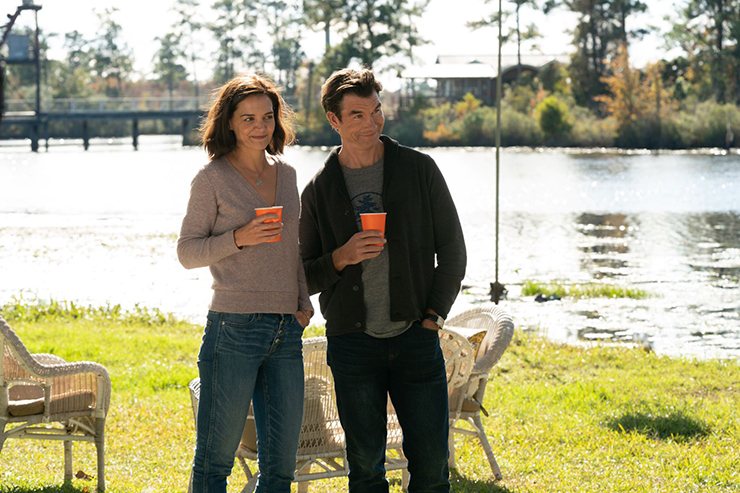 Katie Holmes and Jerry O'Connell in a scene from "The Secret: Dare to Dream." | Photo: Alfonso Pompo Bresciani Courtesy of Roadside Attractions.

Shot on the North Shore of Lake Pontchartrain, Louisiana is just as much a character in the film as anything.

And the stylish vest that Tucker wears in the movie, where can I get one? Google search and bingo. I found it. It's unisex, too. 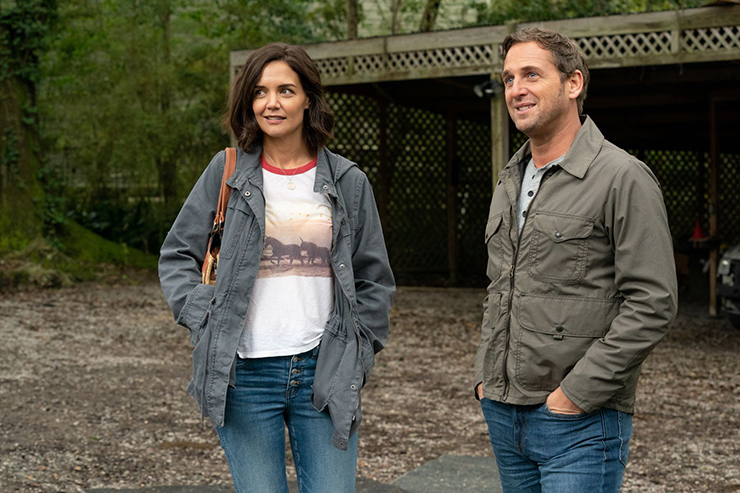 The movie's premise is how positive thoughts can transform our lives and, if nothing else, we probably all need that right now.

"The Secret Dare To Dream" is on Video on Demand starting Friday. Watch it as a family. It'll cost your $19.99 to rent.