Founder of All Female Dance Troupe Adapts to New World 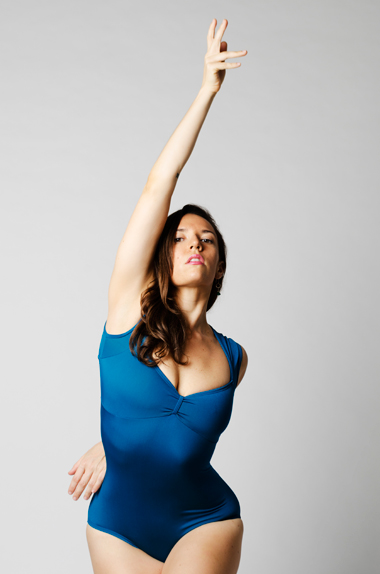 Marissa Alma Nick was blindsided by two events â knee surgery in November and the coronavirus pandemic that swept the United States in March. Together they have given her time to reflect on her art. âItâs a whole new world, things are changing so fast, I canât imagine what the world will look like in November." She says November because that's when she will be able to dance again.

Nick is the founder and artistic director of Alma Dance Theater, an all female contemporary dance company based in Miami.

The company is innovative, edgy and is always one to push boundaries.

Nick is a storyteller. "The stories I like to tell are women-centric,â she said in a phone conversation. âIâm inspired by women and the more challenging things in life."

This is evident in her three signature pieces â "Cask," "Flowers" and "Rebel in Venus." One is different from the other, yet all showcase Nickâs vision of the world.

Edgar Allen Poeâs dark story âThe Cask of Amontillado,â is. the tale of a man taking fatal revenge on his friend. It is a tale Nick has returned to many times

"Iâm obsessed with the story," she said.

In Nickâs version, "Cask," she's changed the main characters to women. It has been performed at different venues with the latest at Miami's Faena Theater. In its recent incarnation , Nick imbued it with a 1980s atmosphere, including contemporary music by Prince and Phil Collins.

At Faena, the experience began at the entrance of the theater and from there took the audience into a surreal world of Poeâs classics macabre tale. Nick said "Cask" had different adaptations but it is always about two women and a murder, and the relationship between a victim and her abuser.

"Flowers," takes Nick in a different and personal direction. A reflection on aging and dying, it is an homage to her two grandmothers, who died within six months of each other. "Flowers" is about loss, yet it creates a surreal beauty. Nick says that both her grandmothers loved flowers.

"They are a metaphor for things that touch our hearts.â

There have been many female artists in various disciplines who have pushed the boundaries. Choreographer Martha Graham, artists Georgia OâKeeffe, and Frida Kahlo.

Like Kahlo, Nick places herself in her art and explores the question of identity and the role of women in society. Her piece "Rebel in Venus" was choreographed during the #metoo and #timesup movement. Nick said she choreographed Rebel in Venus â to heal myself.â

"Rebel in Venus" is about women and the stories they have to tell, some about sexual trauma. âYou become immersed in their world, like lingerie everywhere and high heels, beads and kimonos and glitter. Itâs very raw and powerful.â

For Nick, having a company that she can choreograph about women, for women and for the female experience is something she's always wanted.

When asked how she is coping with the coronavirus pandemic, she said she is using the time to reflect and teach.

She recently started a series of online classes called "Rebel in Venus," dance-movement therapy thatÂ  aims to heal women working through personal traumas. It became vital to her during the pandemic when live performance was put on hold.

" 'Rebel in Venus' was created in order to help address those traumas, release them from your body, and begin to grow towards feeling ready to explore and embrace your sensuality,â explained Nick.