There came a point during quarantine when I hungered for the warmth, camaraderie and good vibes of a film festival screening. No amount of Zoom happy hours or FaceTime chats can replace that feeling of communing with fellow movie lovers. You can imagine my despair when I waited for an announcement from Popcorn Frights, that yearly South Florida showcase of splatterific thrills and pulse-quickening jolts, and heard nothing back. It was a silence as deafening as the inside of a casket.

Popcorn Frights organizers Igor Shteyrenberg and Marc Ferman eventually broke that silence, but not in the way local cinephiles were expecting. First, the bad news, which they did not say out loud but could be read between the lines of their ebullient press release: there would be no standalone Popcorn Frights Film Festival, virtual or otherwise, in 2020. It was a big bummer in a year filled to the brim with them. 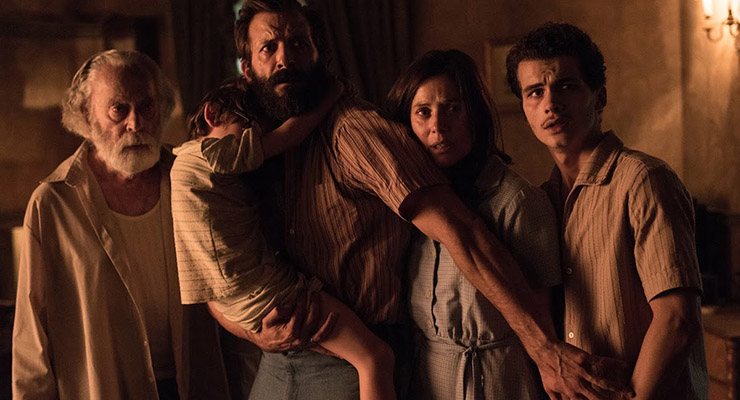 Ah, but don't linger on the negative, they said. Rejoice, fellow creatures of the night, because out of the ashes of canceled genre film festivals, "Nightstream" rose like an onyx-hued phoenix. The collaborative event, completely virtual like so many others this year, brought together the programming teams from Popcorn Frights, the "Boston Underground Film Festival, Brooklyn Horror Film Festival, the North Bend Film Festival and the Overlook Film Festival. The resulting amalgam of sensibilities resulted in a dense, ambitious and eclectic lineup, so massive that it would be impossible for any viewer to consume it in full. How massive?

More than 40 features and a generous helping of shorts programs, the latter curated separately by each festival that took part. And that's before we even begin to delve upon the post-screening Q&As and panels, which brought together up-and-coming filmmakers with genre masters. Legends like John Carpenter and Joe Dante even made an appearance. In all, a grand total of 166 scheduled virtual screening and events, including eight world premieres, eight North American premieres and seven U.S. premieres.

Impressive, and thoroughly overwhelming, mostly to the festival's benefit. This wealth of riches comes but once in a blue moon. I didn't try to take it all in. Two weeks ago, I reviewed one selection: âMy Heart Can't Beat Unless You Tell It To,â Miami-based filmmaker Jonathan Cuartas' somber, deeply felt portrait of vampirism as a fulfillment of familial obligations. Before the festival returned to the crypt earlier this week, not unlike the spirits at the end of âA Night at Bald Mountainâ in âFantasia,â I was able to screen four other films. It is emblematic of this topsy turvy year that the best one wasn't even a horror film. Behold my Nightstream haul. Keep reading, if you dare.

âDetentionâ: The ghosts of authoritarianism are quite literal in this Taiwanese chiller, based on a popular video game but intent in exploring its characters beyond placing them in the middle of a ghouls' gallery. The year is 1962, and the students at the high school where director and co-screenwriter John Hsu set this disquieting portrait of political repression can't quite become accustomed to going to class with the constant threat of military forces storming in and taking another faculty member, never to be seen again. The officials in charge during Taiwan's White Terror are intent on rooting out any shred of dissent. Amid this state of constant paranoia, a handful of brave students meet in the storeroom to read banned literature, exchange ideas, and finally exhale, if only for a little while. 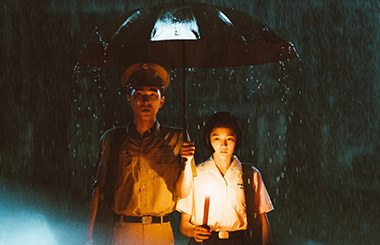 Shortly after he introduces his characters, Hsu pulls the rug from under us. Two of the students, bookish Fang Ray-shin (Gingle Wang) and idealistic Wei Chung-ting (Chin-hua Tseng) awake to find themselves on campus, only it's nighttime, there's a storm blowing outside, and the hallways and classrooms appears to be abandoned. (Psst, they're not alone.) It doesn't take long for them to come face to face with a creature whose derivative design (it looks like a Dementor from the Harry Potter movies) doesn't make it any less creepy, a personification of martial law out to seek souls for cleansing. At every corner, someone the teens thought they knew appears before them, their faces altered in all kinds of disturbing ways, leading to some genuinely unsettling tableaux of carnage. Totalitarianism is the bogeyman here.

And it should work, right? âDetentionâ boasts spiffy production values and the kind of committed cast that make most American video game adaptations feel like Saturday morning cartoons. Its imagery fits the bill for those seeking spine-tingling nightmare fuel with a social conscience. But the movie barely gets off the ground, because even the most casual horror fan can tell exactly what is happening here within the first 20 minutes, and Hsu's nonlinear narrative takes an eternity to arrive at a big reveal of something that's blatantly obvious from the get-go. What's with the coy, willful deception? It doesn't help that the filmmaker attempts to shoehorn a romantic triangle pitting Wei against Mr. Chang Ming-hui (Fu Meng-po), the school's kindly, politically-minded art teacher, for Fang's affections. It too often becomes a telenovela that nobody asked for. The results are compelling in pockets, but trapped by a story that haphazardly goes through its paces before reaching an outcome that feels preordained. 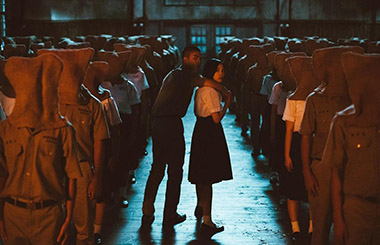 â32 Malasana Streetâ: And yet, Hsu's reframing of real-life atrocities in the trappings of a ghost story beats the patently false freak show Spanish director Albert PintÃ³ conjures up out of the tattered remains of âPoltergeist,â âThe Conjuringâ and a smattering of far superior âJ-horrorâ movies. Like the two aforementioned titles, it's about a family that comes face to face with not-so-friendly spirits lurking in the home they've just moved into. In this case, the year is 1976, and the residence in question is an apartment that hasn't been touched since its owner was found dead four years prior. 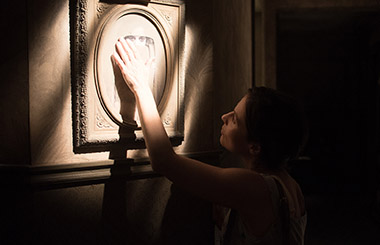 Alas, PintÃ³ belongs to that new school of Spanish genre filmmakers obsessed with sound manipulation and storyboarding you into submission. They put their command of technique up front and center, until their films amount to little more than empty thrill rides, art-directed into oblivion, with a dark void where a soul ought to be. They're synthetic facsimiles of other directors' genre forays, only those filmmakers have a point of view, something to say and a willingness to create characters who, one senses, have a life beyond the camera's range. So what are we stuck with? A couple of decent jump scares, some embarrassingly half-assed family skeletons and a plot twist that suggests a Pedro AlmodÃ³var melodrama as an episode of âAmerican Horror Story,â only more obnoxious and tone-deaf. Don't give this creaky contraption the time of day. It's a place where brain cells go to die.

âHuntedâ: A cheeky but nasty piece of business with a mean streak and razor-sharp black humor, this brainchild of Vincent Paronnaud, one of the directors of the Oscar-nominated animated feature âPersepolis,â is a B movie through and through, albeit one slightly more creative than usual in coming up with its cheap thrills. It begins with a prologue that brings a woman's campfire tale to life with some evocative animation: a magical forest, a woman accused of being a witch, and the creatures who would prevent harm from coming to her. 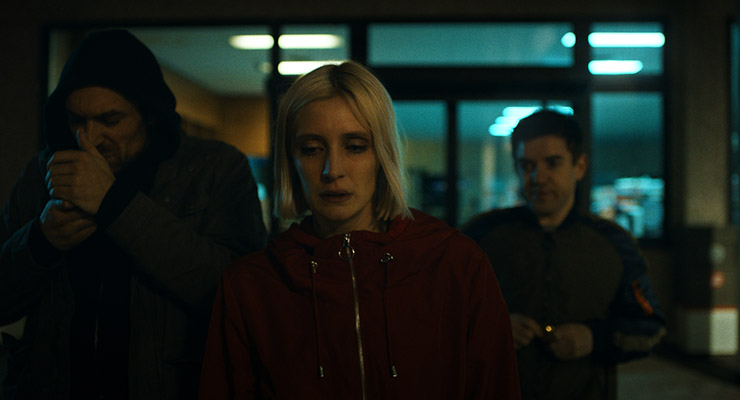 Fast forward to the present day, and we meet Eve (Lucie Debay), a French housing development supervisor who has traveled abroad to oversee a new project. An attempt to avoid her estranged boyfriend's phone calls leads her to a dive bar where she ends up chatting with a likable cut-up (Arieh Worthalter) who appears to be the life of a party. Paronnaud gradually turns the screws on the viewer, as Eve realizes this nice guy is actually a predator on the prowl, with a meek and nebbishy accomplice (Ciaran O'Brien) in tow. That red sweater Eve is wearing as she attempts to escape this smiling psycho's clutches is no accident. âHuntedâ is a gleefully violent riff on âLittle Red Riding Hood,â one that brings the characters to the same forest mentioned in the opening sequence. Paronnaud has given a wicked makeover to a tired subgenre, the grim survival tale, but as the bodies pile up and the graphic mayhem becomes more extreme, he loses some of that initial creative spark. 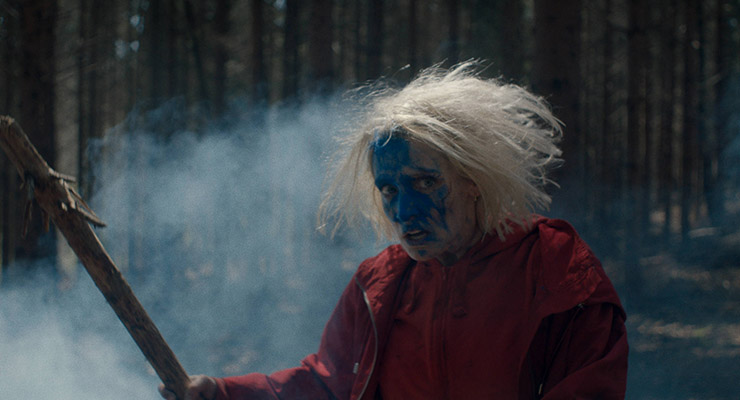 What kept me engaged is the film's loony energy. Paronnaud has essentially made a live-action cartoon where everyone is fair game, Eve is eventually treated like Wile E. Coyote, a depiction that has elicited complaints of misogyny, but I don't see it that way. Cruel? Most definitely, but such ruthlessness is what gives this guilty pleasure its bite. Take it or leave it.

âDinner in Americaâ: Think âValley Girlâ as reimagined by âNapoleon Dynamiteâ director Jared Hess, then add a dollop of John Waters' insouciance, and you might have an inkling of the unique charms bursting out of this rollicking rom-com disguised as a gross-out comedy. Midwestern suburban desperation fuels the story of Patty (Emily Skeggs), an aloof loner with a punk rock fixation who has been put on too many meds by her mom (Mary Lynn Rajskub) and dad (Pat Healy). 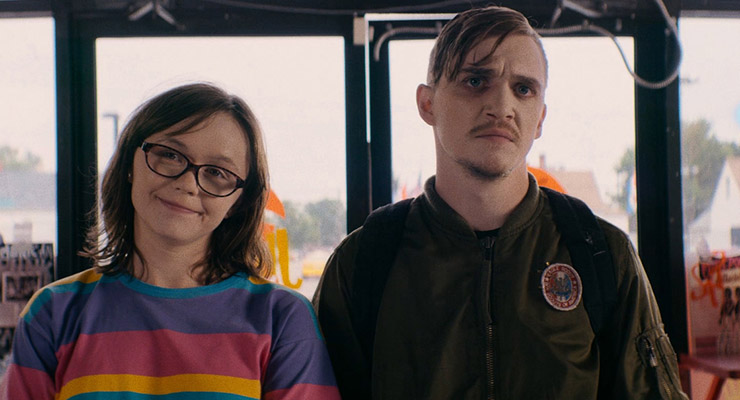 But what Patty doesn't know is that Simon (Kyle Gallner), a drug dealer with a thing for starting fires, is about to rock her world, bring her out of her shell and take her out of her rather depressing, soul-crushing purgatory. Not on purpose, though. Simon, you see, is a selfish bastard with an attitude problem and a short fuse. And, oh yeah, he's also a punk rocker who's estranged from most of his bandmates. It's a story wrinkle that gives way to the kind of contrivance that would be insufferable under normal circumstances, but writer-director Adam Carter Rehmeier turns this conceit into the key ingredient that makes this brusquely winning film open up like a flower.

So, yeah, Simon is strong coffee, not at all a boy-next-door type, and he sees in Patty a chance to hide out from the cops, who are looking for him for something unrelated to his line of work. (Don't ask.) You would think that this handsome jerk and Patty, with her crippling self-esteem issues, would make a disastrous pairing, but what makes their coming together so special is that they end up bringing out the best in each other, and it never feels cloying or forced. Rehmeier pulls off this gratifying transformation without diluting or comproming this Michigan-set punk rock romance's untamed punk rock irreverence, and that's the kind of small miracle us movie buffs could use a lot more of these days. Give it up for the wild and endearing âDinner in America.â It hits the sweet spot. 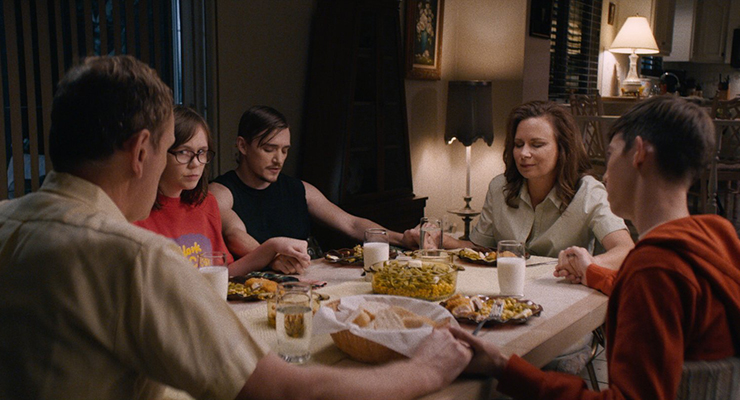 Nightstream is now just a set of fond memories, movies watched and connections made, but the festival's selections are doing just fine. The streaming service Shudder has picked up â32 Malasana Streetâ and will make it available on Oct, 22.

Shudder has also picked up âHuntedâ and will stream it sometime next year. Better news: âDinner in Americaâ walked away with the festival's Audience Award. 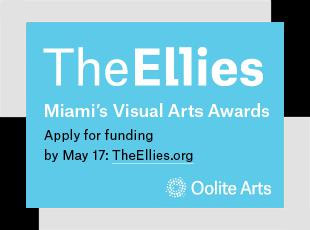