Flying! Never Gets Off the Ground 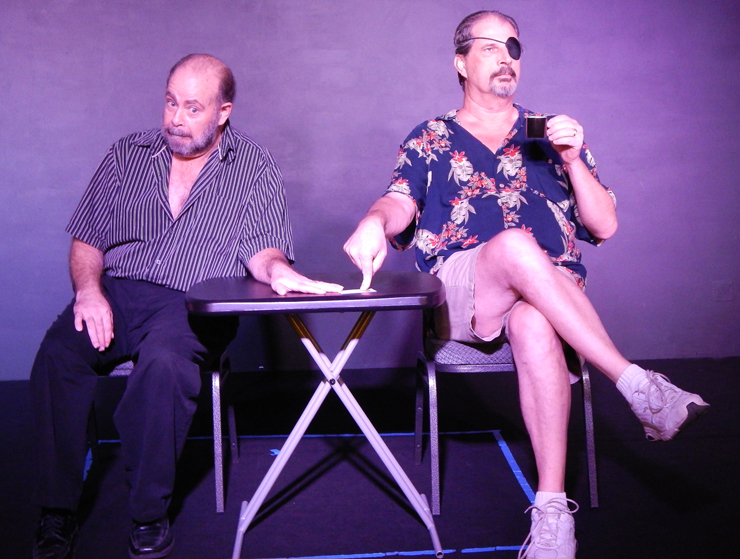 The audience liked it.

Thatâs the best thing to be said about No Fear of Flying!, the collection of seven plays from Pigs Do Fly Productions currently playing at Andrews Living Arts in downtown Fort Lauderdale.

The mission of Pigs Do Fly Productions is to âproduce plays that highlight the actor over 50 as a viable, fully-involved full of life characterâ and to create theater that reflects and resonates with the over-50 demographic. Thatâs a noble cause, but these plays are, at best, mildly amusing extended skits with a punch-line or, at worst, mildly amusing extended jokes with a punch-line.

But the audience liked it. 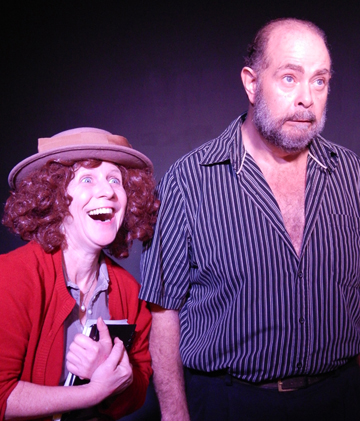 In The European Plan by Charles West, an unhappy husband (Michael H. Small) meets with a hit man (Harry Marsh) to execute a plan that will execute his wife (Elissa Solomon). In Long Story by John Kane, a negative woman (Donna Warfield) meets a cheery hostess (Carol Sussman). In Thereâs Still Time by Jeffrey Strausser, a man (Small) wants to perform a stand-up routine against the wishes of his over-protective wife (Beverly Blanchette) and daughter (Solomon). In The Lie by Michael Leeds, a country music star (Sussman) and her politician husband ( Todd Caster) hatch a plan to make themselves relevant again. In Mitzi Has a Meltdown by Michael McKeever, a woman (Solomon) finds it hard to come to grips with the fact that sheâs going to be a grandma. In They Called It Teasing by OâNeill-Butler, living well is only part of the best revenge a couple (Blanchette and Small) gets at their high school reunion.

And in Signals by Marv Siegel, two widows (Solomon and Warfield) meet the men they found through a dating website. With the exception of Signals, all of the plays are world premieres.

No Fear of Flying! has several quality issues besides those found in the scripts, which donât have much to say beyond clichÃ©s. There is also a lack of subtlety in the performances and lack of energy in the direction by OâNeill-Butler and Elena Maria Garcia. The show, which is under two hours, drags. And drags. And then drags some more.

But the audience liked it.

Maybe none of the lackluster aspects of No Fear of Flying matter. At last Sundayâs matinee, the house was full. The audience laughed. They appeared to be entertained. But it would be nice if those things were accomplished with a better quality theatrical experience.

Even though the audience liked it, they deserve better.

No Fear of Flying runs through May 24 at Andrews Living Arts, 23 NW 5 St., Fort Lauderdale. For more information, visit PigsDoFlyProductions.com.