English Version This Weekend Back By Popular Demand 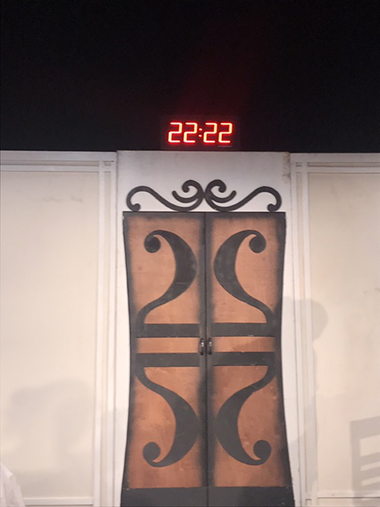 When he lived in Mexico City, Jorge Consejo's first acting teacher was Odin Dupeyron. They would form a creative friendship. One of Dupeyron's introspective plays, "22:22" had a universal message, so why should it just be limited to the language it was written in.

Consejo and Dupeyron thought that the well-known Mexican playwright's "22:22", would be worthwhile for English speaking audiences to see.

"We translated it four or five years ago when I was in New York and we did a couple of rehearsals," says Consejo.

But the timing to present it was difficult: "Dupeyron had a busy schedule with other projects and then I moved to Miami."

But Miami was just the place for Consejo to continue the dark comedy. "I took control of the production and we are doing trials the same way we did it in Mexico. Rent space, invite friends. Dupeyron has been doing that for eight years like that in Mexico, and it works."

The play about a man (played by Christopher Millan) who is experiencing the worst crisis of his life and his darkest hour, decides to take drastic measures, but he encounters a Personal Transition Assistant (PTA), played by Consejo, who takes him on a journey through some of the best and worst moments of his life.

The meaning of the title? "Well, that's the time the man's death is called â 22:22." The hour and minute of his suicide. 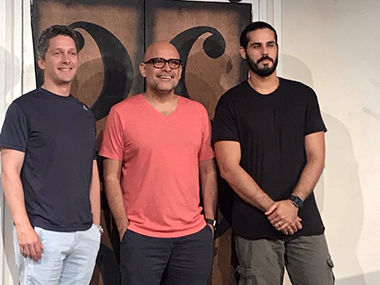 Dupeyron came to Miami to direct this production of "22:22." "There's a melody that his play has, a harmonious way that his text flows. And there are long monologues that both characters have. The play is so good but thanks to his direction the 'wow' factor comes in."

When Consejo moved to Miami he had steady work on the Telemundo show "Betty In New York" as Frank, Betty's lawyer, but when that stopped shooting, he didn't want to not "work."

So he decided to produce his own shows, "22:22" is one of them. He has a company that, translated to English, is called "Three Guys," or "Three Friends."

"We are a community of artists that feed off of each creativity."

Consejo says that presenting the show in English and Spanish is also a way to "captivate a larger audience. To not only promote the author's name, but the play and our production company."