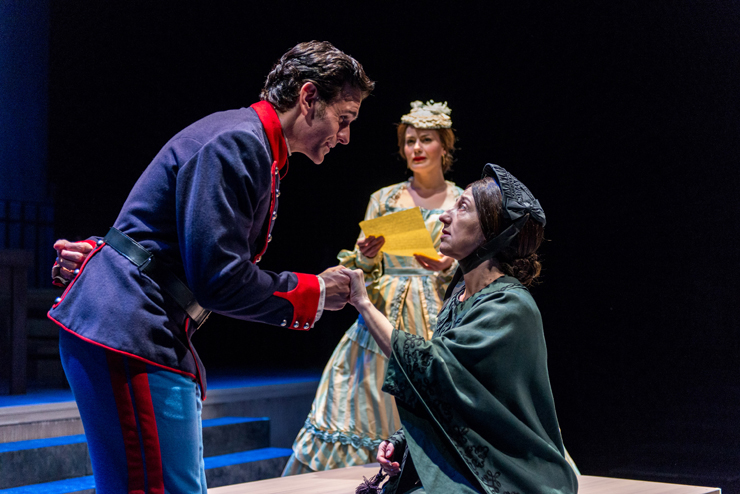 So here's a bag of bravas, bravos and standing Os. You can pick it up, hold it high and then shake it til it empties. All over the Zoetic Stage Company. For its production of Stephen Sondheim's and James Lapine's Passion, an almost opera seldom seen and a challenge for any company.

Playing at Miami's Arsht Center, it's a two hour, one act daunting for audience and actors. There's no comedy tonight in this dark story of a 19th century Italian army officer who fights his wars in bed rather than on the field.

Nicholas Richburg is Giorgio, the officer, and the show opens with him, naked, and Clara, played by Anna Lise Jensen, also starkers, wrapped in post coital bliss. And a few sheets. They lie on a revolving bed, courtesy of designer Michael McKeever, and as the bed turns they sing and kiss and kiss and sing and the singing is glorious. The kissing? I can only imagine.

The plot also turns and Giorgio is posted to a far off outpost under the command of Colonel Ricci (Mark Sanders). Here he meets the Colonel's cousin, Fosca, played by Jeni Hacker. Fosca is an unappealing, sick and lonely woman given to nocturnal shrieking. Giorgio is kind to her and gets the usual reward: a mad woman hopelessly enamored. 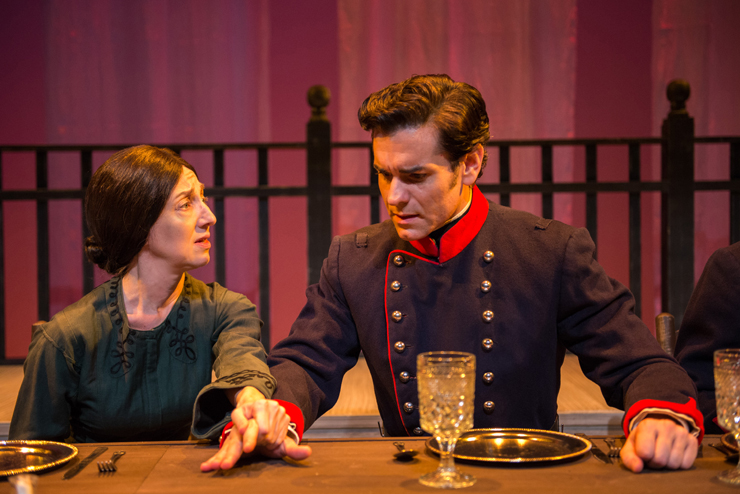 Passion is song and music. And the ten actors do very well by Sondheim. There's nothing easy here. Sondheim has chosen to write the emotions of complicated, hurting people and he's done this with such tenderness and understanding that any gloom is forgiven.

Stuart Meltzer's direction and the skills of the veteran cast ease this anachronistic piece for today's audience, but be aware, it is still a far cry from American standard. 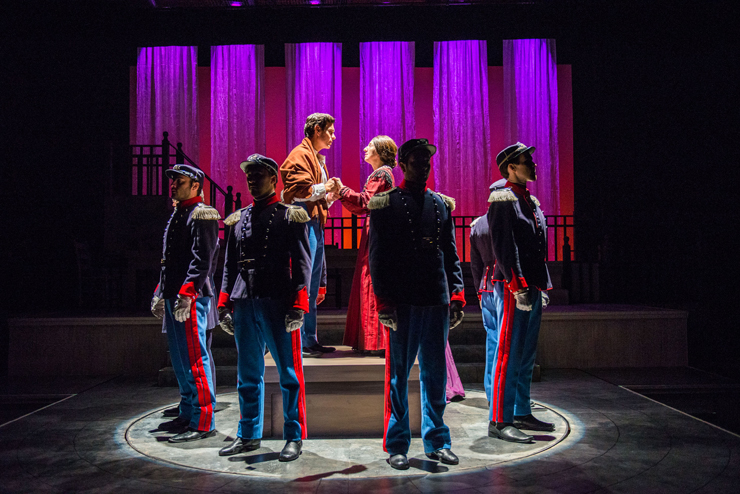