Work Is Result of Two Year Residency At The Arsht 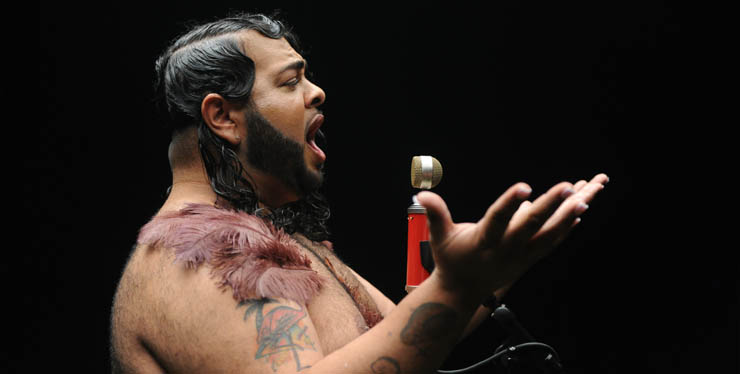 Pioneer Winter's "Birds of Paradise," the culmination of a two-year choreographic residency at the Adrienne Arsht Center,Â  will have its world premiereÂ  Thursday, Sept. 16 through Sunday, Sept. 19 in the Arsht Center's Carnival Studio Theater.

Winter describes âBirds of Paradiseâ as an immersive experience of struggle, beauty and self discovery. 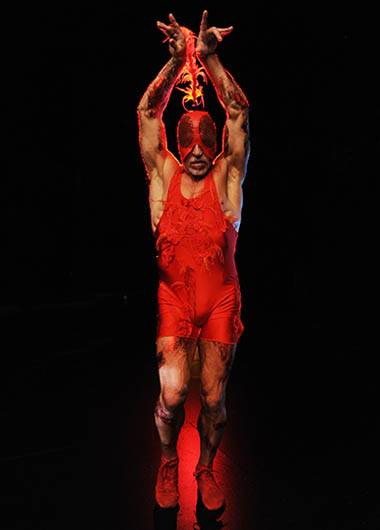 Originally scheduled to be premiered October 2020 and postponed because of the pandemic, the performance has had numerous incarnations and evolutions impacted by Zoom discussions, quarantine necessities, and, as Winter willingly admits, "discoveries and challenges along the way."

As seen in all of his performances, Winter finds dance in all bodies. He says he "champions unexpected bodies, telling unexpected stories and personal histories, in unexpected and hidden places." And that he is "a believer in the beauty of vulnerability and humanness." Previous works including Host (2016), Gimp Gait (2016), Forced Entry and Other Love Stories (2017), and Reprise (2018/2019), are examples of how Winter builds ties with community and examines relationships, queerness and power through choreography. 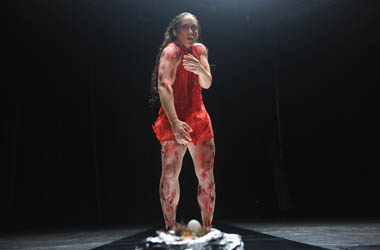 Winter says that this past year, with the many challenges that quarantine presented, was one of the most difficult creatively that he has experienced professionally.

" 'Birds of Paradise' was initially going to be a piece about epic deeds, about history, unity.â Winter says. He pauses for a bit, then adds, âIt was supposed to be about coalition, about coming together.â

He admits that he finds it ironic that he received support to do a project about protest and coalition, when it became "taboo to touch, when closeness becomes difficult.âÂ

Acknowledging that the piece is nothing close to its first concepts, Winter says that the piece "has become what it was supposed to be now, a performance that speaks to the present." 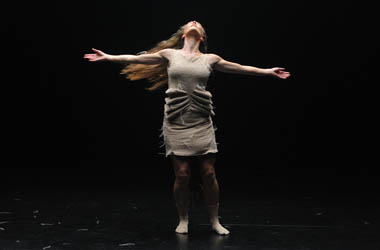 There will be live dance and movement, video projections, spoken word and song, and immersive elements that evolve as tech rehearsals ensue.

Taking it from an initial ensemble work to solos was one of the major changes, he says.

âI was able to focus one on one with eight very different, very powerful, very unique performers and work with them in a way that was natural for them,â Winter says. âWhen we think about queerness, we think about what makes someone completely authentic, authentic in the face of resistance, in the face of possibly being destroyed for your difference. So 'Birds of Paradise' became about celebrating the power of the individual.â 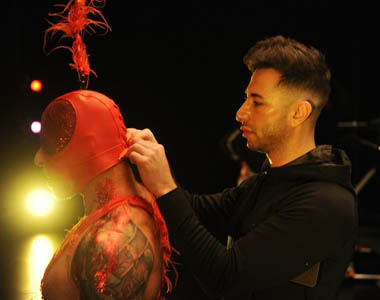 "Birds of Paradise" is part of a two-year choreographic residency which Pioneer Winter undertook with the Arsht Center. (Photo by WorldRedEye.com)

Winter is known for finding the humanness in dancers and bringing what is unique in each person to the forefront. This was true in each of the solos. Each one was developed differently and each one was then filmed.

While Winter has not been a big advocate for using film in his choreography, he says that film at this particular time brought an intimacy into the work that had been missing in this time of masks and separation.

In the performance, being aware of health precautions, there are still many protocols that must be followed.

Still, he says, he wants the audience to feel "communal."

The audience experiences the solos together. Yet each solo is filmed differently using an array of camera techniques and image systems and then displayed in a method that is unique to that film. Winter uses both live and integrated immersive elements, while also guiding the audience through various environments in the theater. 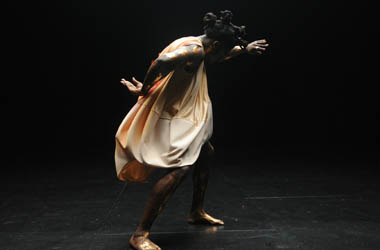 In the past 17 months of quarantine and being home, often alone, perhaps non queer people have gotten a taste of the isolation that is pervasive in the queer community. Perhaps there will be more empathy, he hopes.

Winter explains that the name, âBirds of Paradiseâ is a queer response to the phoenix, the mythological bird that symbolizes rebirth, strength, eternity and renewal.

âWhat is beautiful about the phoenix, when we think about growth and birth, any birth, there is a sort of violence. In these solos, there are moments of struggle, of violence, but also moments of understanding, of surrender, of self discovery or self redefinition.â

There are also 42 types of birds of paradise and not one looks like the other. The solos will continue to be created and filmed, giving Winter flexibility and adaptability when âBirds of Paradiseâ goes on tour. 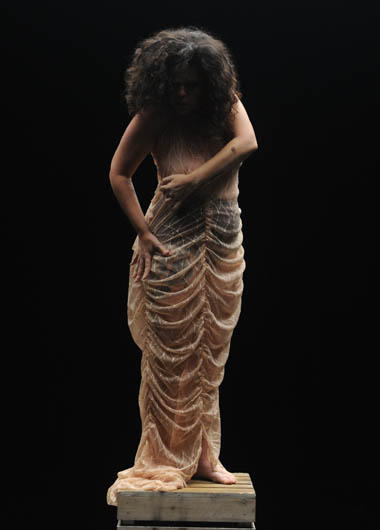 âI love a challenge, and maybe 42 solos is something to aspire to. But, the point is, âBirds of Paradiseâ is by no means defining or encompassing all that queerness is.â

In changing the piece from being a low tech, live performance to something that could adapt to any environment and be flexible, Winter has been working with an extensive team including performers Frank Campisano, Gabriela Cruz, Josue Garcia, Niurca MÃ¡rquez, Barbara Meulener, Katrina Petrarca, Lize-Lotte Pitlo, and Shamar Watt from the company Pioneer Winter Collective. Film and media have been completed with White Elephant Group, costume design by Chaplin Tyler and a host of other individuals have contributed to bring âBirds of Paradiseâ to fruition.

Original music and sound design by Juraj KojÅ¡ uses breath, heartbeat and voice to personalize the solos. The music for the live ensemble at the end is an amalgamation of music from each solo.

Asked if he only worked with queer dance artists, Winter responded,âI used to think I needed to have a queer companyÂ â meaning queer people telling queer stories. I know now that we, Pioneer Winter Collective, are effortlessly that. We donât need to be âqueererâ than we are. Especially when we think about the expanding definition of queer. Queer is not just who you sleep with, but how you navigate the world and how the world treats you.â

$15 tickets available. Find out how by clicking here.