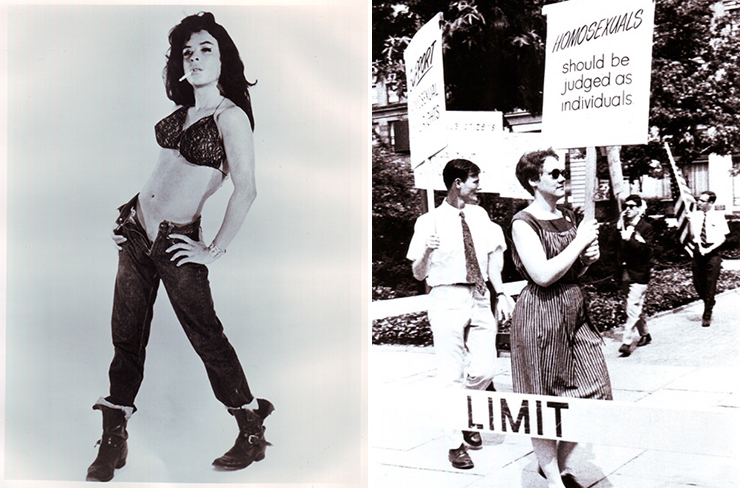 Much like the pioneers it portrays, a film like âBefore Stonewall: The Making of a Gay and Lesbian Communityâ can easily be taken for granted by a generation that did not experience the dehumanizing prejudice and oppression their forebears lived through. After all, this is territory that's been thoroughly covered in a series of subsequent of nonfiction portraits of LGBTQ communities across the globe, which in terms of breadth of content certainly got a bit of a head start over their fiction feature counterparts.

But contemporary moviegoing audiences of all persuasions would be foolhardy to pass up the opportunity to catch a spiffy 2K restoration of this engrossing, tightly constructed and exhaustively researched mosaic of lesbian and gay lives prior to the 1969 Stonewall riots on the big screen. The brainchild of the directing team of Greta Schiller and Robert Rosenberg and producer John Scagliotti, the film sets itself off from a very competitive pack in several ways, not the least of which is giving people who are not household names a platform to tell their stories.

Granted, âBefore Stonewall,â completed in 1984 and released in theaters the next summer, also boasts some pretty big names, some of whom are no longer with us. (It also won two Emmy Awards after it aired on television.) The film, narrated with no-nonsense assurance by âRubyfruit Jungleâ author Rita Mae Brown, features interviews with such luminaries as Mattachine Society founder Harry Hay, who expounds on the use of euphemisms to refer to gay men (back in the day, according to him, we were âtemperamentalâ) and their use of neckties as code to make themselves known to fellow friends of Dorothy. There's Dr. Evelyn Hooker, the paradigm-shattering psychologist whose 1957 paper argued that homosexuality is not a mental disorder, discussing Dr. Charles Kinsey's own research on human sexuality. There's activist Barbara Gittings, conveying the excitement she felt while attending a meeting of like-minded lesbians in San Francisco and seeing a new world full of possibilities open up before her. The cherry of top is a chat with poet Allen Ginsberg about several matters, including his obscenity trial, which also took place in 1957.

But as impressive as the inclusion of all these trailblazers is, âBefore Stonewallâ is at its strongest when ceding the spotlight to those lesser known folks who lived and loved in silence, until they could no longer stay quiet. They fought for Uncle Sam, printed books, crunched numbers, listened to others talk about their problems. Their anecdotes make you feel what it was like to live as second-class citizens in their own hometowns, to risk personal and professional ruin if they chose to live openly. It's oral history of the highest order, the kind that transcends those formal trappings that make other documentaries feel like dry history lessons. 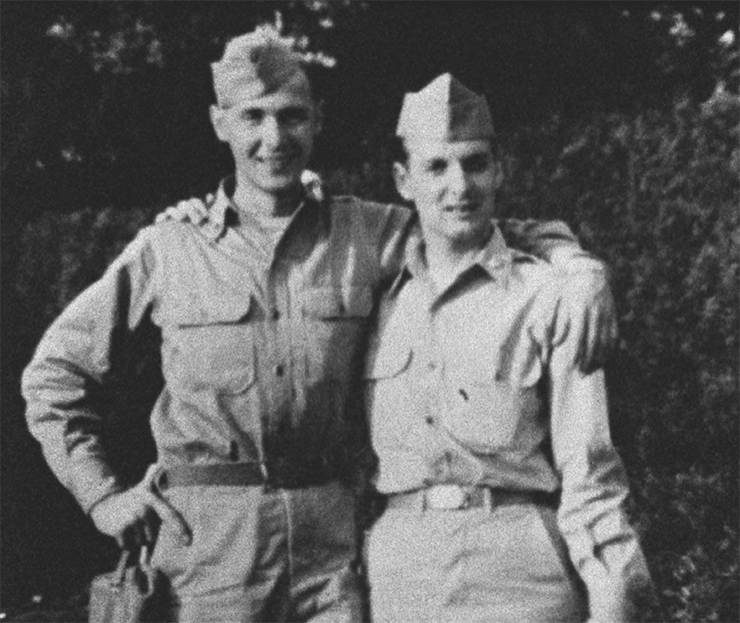 That's because Schiller and Rosenberg imbue their use of talking heads, archival footage and movie clips with an impish glee. You can feel the influence of âCelluloid Closetâ author Vito Russo, credited here as an archival research consultant, in the snippet of a swishy cowboy from the silent era, chewing the scenery for comic relief purposes. It's also clear the filmmakers have a deep affection for the 1920s and the freedom the decade brought to sexual minorities.

But it's in depicting queer lives during World War II where âBefore Stonewallâ truly hits its stride. Army and Navy vets share anecdotes of seducing strapping young men on the down low, only to lose them in battle days later. Printer Johnnie Phelps describes a tense, pre-âdon't ask, don't tellâ exchange with a superior determined to weed out every lesbian member of the Women's Army Corps to who Phelps drive home the reality that if he went ahead with his plan, there wouldn't be much of a Women's Army Corps left.

As âBefore Stonewallâ segues into the McCarthy-era witch hunts, it continues to integrate truth-to-power moments in its lively journey through the 20th century through a lavender-tinted lens. There's not a wasted frame in these jam-packed 87 minutes, even when things get a little too talky. That's a good thing, since a mild case of identity crisis emerges as the film travels across the decades. It's commendable that Schiller and Rosenberg strive to reach a 50/50 balance between accounts from gay men and those from lesbians. But the sequences that zero in on the emergence of a lesbian community in the U.S. sometimes feel like they belong in their own documentary. They occasionally threaten to take over the film and take it down its own path.

Considering how the gay male experience has dominated the public's perception of LGBTQ communities for so long, the filmmakers' deliberate attempts at equality in representation are to be celebrated. What's missing, however, is a sense of how gay men and lesbians interacted and found strength in one another, something that âMilkâ screenwriter Dustin Lance Black's 2017 miniseries âWhen We Riseâ dove into at length. A subtle tug of war is taking place here between the film's lesbian-specific scenes and the rest, which offer a more general bird's-eye view of the groundwork that would lay the foundations for the gay liberation movement. But this peculiar disparity does not upset the balance between personal testimonies and historical summary that keeps the documentary humming along at a steady clip. 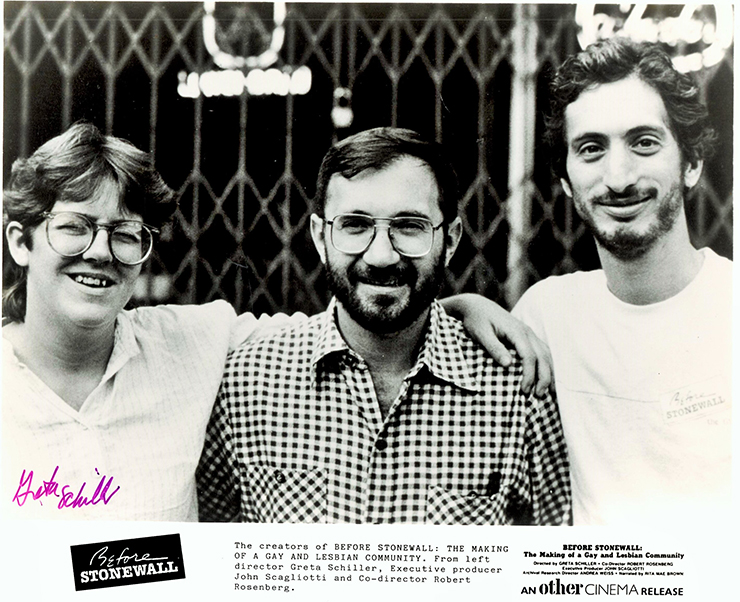 Schiller and Rosenberg are also not afraid of taking political potshots. The film begins with a clip from âThis Is the Army,â a 1943 screen adaptation of Irving Berlin's stage musical by âCasablancaâ director Michael Curtiz, in which a young Ronald Reagan, playing an Army officer, is seen ordering a sergeant to join the âladies in the chorus.â Cut to that sergeant in drag along with a group of other men dressed putting on a drag performance for the troops. Later in the film, Reagan is seen calling homosexuality a âtragic illnessâ during a 1967 address. The inclusion of both of these glimpses at the future commander in chief, naturally, is no coincidence, and considering the film came out in theaters near the beginning of Reagan's second presidential term, it's a judiciously timed jab that's aged remarkably well, and it helps make this documentary as timely and vital as when it was first released.

The violent and chaotic unrest that shook Greenwich Village 50 years ago, âBefore Stonewallâ persuasively argues, did not happen in a vacuum. It was not just a random skirmish with law enforcement triggered by officers' mistreatment of bar patrons during a raid, but the culmination of tensions that had been simmering for decades. It was a turning point in what Dr. Martin Luther King Jr. described as the long arc of the moral universe which, he indicated, bends toward justice. At a time where so many Americans are disheartened by the trajectory the country has taken in recent years, here's a reminder that there are goals worth the mighty struggle, even when the end may not necessarily be in sight.

âBefore Stonewallâ is showing through Thursday, Aug. 1 at The Classic Gateway Theatre in Fort Lauderdale. It also screens Friday, July 26, at 8 p.m. at Movies of Delray and Sunday at 4 p.m. the Tower Theater in Little Havana. Co-director Robert Rosenberg is scheduled to take part in Q&As following the Delray and Tower showings, as well as the 7 p.m. showing at the Gateway on Saturday, July 27.