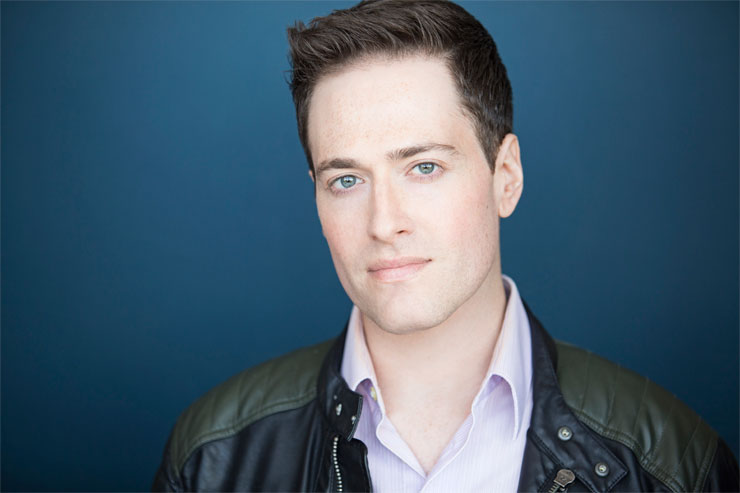 Randy Rainbow was a rising star on the Broadway cabaret circuit when he began dabbling in political humor. His snappy videos started to pick up traction during the run up to the 2016 campaign, but when Donald Trump became President they took off, catapulting Rainbow into the viral stratosphere.

The videos, which showcase Rainbowâs preppy good looks, Broadway quality tenor, and rapid-fire costume changes, were eye catching, but it was his knack for choosing just the right Broadway hit to parody and penning brilliant lyrics that captivated audiences.

Although he has skewered both sides of the aisle, he really found his voice lampooning the current resident of the Oval Office, with ditties like âCheeto Christ, Stupid Czarâ (think âJesus Christ, Superstarâ) and âDonald Trumpâs Cell Block Tango,â (a parody of âChicagoâsâ Cell Block Tango).

Along the way, he nabbed an Emmy nomination, acclaim from notables like veteran political humorist Mark Russell to Stephen Sondheim, who called his lyrics âbrilliantâ in the Washington Post.

Itâs also propelled Rainbow on a national tour, which he brings to Miami Beachâs Fillmore on Friday, . 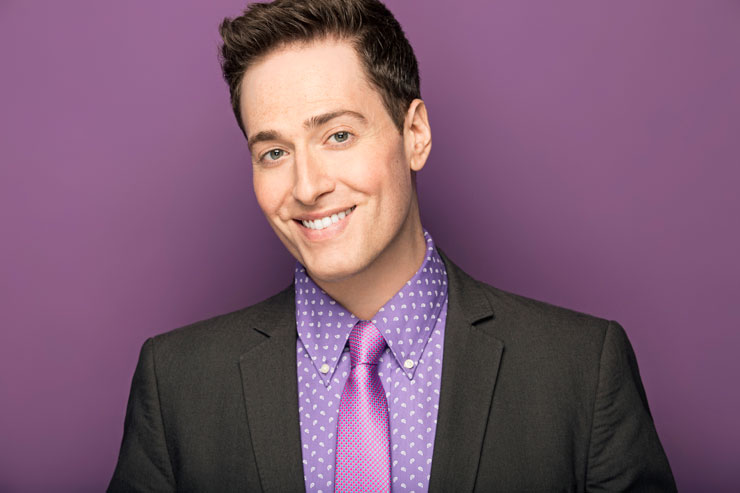 miamiartzine.com: I know you were born in Long Island, N.Y., but you were raised here in Broward County, before you headed back to New York to pursue a theater career. Did growing up in Florida influence your sense of humor?

Randy Rainbow: Iâm sure it did affect it; Iâm not sure whether for better or worse, but I did spend a lot of my formative years here. We moved to Florida from New York City when I was about nine, and I was here until I was 22. My parents were always supportive so I was on stage from the start; I think my first role was playing âFather Time,â in an elementary school play. I went to theater camp in Hollywood, Fla., I did musicals all through high school, and I did community theater.

maz: You were becoming known for your Broadway parodies. How did your transformation into a political humorist occur? 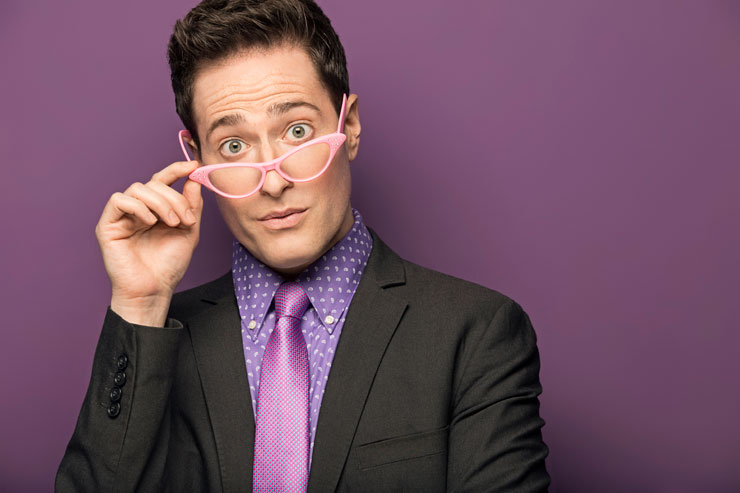 RR: It wasnât a conscious effort; it was more of a natural progression. My first series to go viral, âRandy Rainbow is Dating Mel Gibson,â was in 2010. That was the first time I experimented with this type of sketch company where I inserted myself into the headlines, and it got me a little bit of a following, so thatâs how this shtick of my âForrest Gumpingâ myself into the news got started.

maz: What did Trumpâs election mean for your career?

RR: Itâs certainly escalated my platform and made me known a lot more quickly to a larger group of people. I had a very modest following in the Broadway and gay communities, and I was having a nice time hosting in gay bars, and I thought I had made it, but then 2016 happened. Trumpâs election helped everyone doing comedy, from Bill Maher to the Daily Show and Colbert. Anybody doing comedy had a boost, but I needed it a lot more than Stephen Colbert did.

maz: Your songs are razor sharp, and they certainly skewer your subjects, but you seem to come off more good natured in them than mean. How do you keep from stepping over that line? 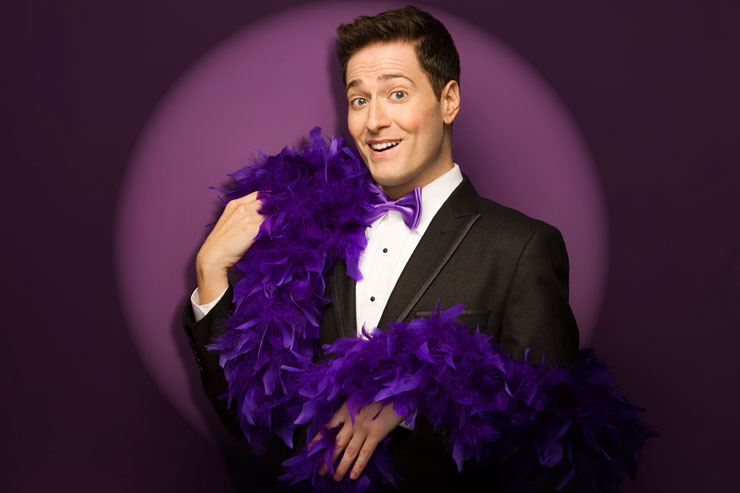 RR: Thank you, thatâs a nice compliment. I think trick in achieving this is that Iâve created a character, a version of myself thatâs a little over the top and a little buffoonish and comical, so it allows me to be part of the joke. So even when Iâm pointing out the truth, it always comes back to me in a kind of self-deprecating way, and so I hear from people on all sides of the aisle. Itâs a non-threatening approach that appeals to a wider audience.

maz: When I first became aware of you, I started reading up on you, and I was fascinated on how you were a âone man band,â meaning that you created your videos all by yourself on a green screen in your tiny apartment. How did you learn to accomplish this?

RR: Technically I really have zero training so thank god for YouTube, for a number of reasons, but also because I was able to teach myself âFinal Cut,â and produce the type of content I was seeing on the screen.

maz: I have read that youâre rather a loner. How do you handle the rush of fans that come up to you now?

RR: Iâm certainly more of an introvert. Also, the better part of the past decade, Iâd been honing my craft alone so it seems crazy to be greeted by 2,500 people because it all just started with me working by myself in a silent apartment in Queens. But itâs a new and welcome challenge for me to learn to be more open and let people in. 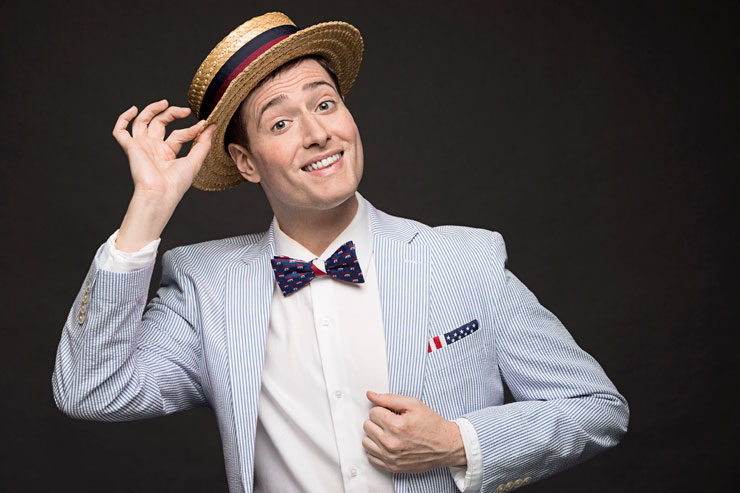 maz: But now youâre famous. Youâre Emmy nominated, the Washington Post has profiled you, the New York Times written about how you spend your Sundays, what do you make of all this?

RR: Whatâs happening seems very strange. The fact that Iâm not living anonymously in a little studio apartment anymore is very surreal. Iâm trying to enjoy every moment of it, but you really donât have time to do that when youâre in it.

maz: What should people expect when they come to see your show?

RR: This is the kind of show of which Iâd always dreamed of doing. I have a Broadway quality band, and Iâm essentially doing the greatest hits with a video screen behind me. I do stand up comedy, audience participation stuff, and itâs a fun evening, focused mostly on the current administration.