See 'Wynwood Stories' Before It's Gone 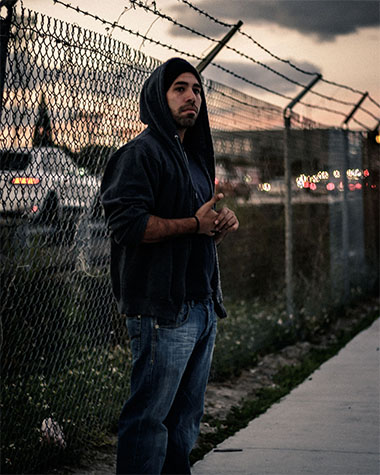 Its "Miami Motel Stories" ran first in Little Havana, then on Biscayne Boulevard, and now, this latest version is revealing Wynwood in many more ways than one.

If you haven't heard of Wynwood Yard, you'd better google it, rush right over, and leap through Juggerknot's doorway to the ages. And I do mean rush, because Saturday, May 4 is the last show before the condominium balls knock the entire eating, drinking, dancing space into oblivion. Hey, you can be part of history, man. Oh, and lady.

So you make it in time and you follow dancin' fool Stephen Kaiser, as Josiah, through the magic doors into a slick production of what seems countless actors in countless dens, caves, offices and other arcane spaces undreamt of by mortal whomevers.

Sanchez created eleven characters, each a part of the Wynwood history and Stephen Kaiser has a major role playing Joshiah, member of the Chaille family who founded the neighborhood in 1917.

Gregg Stuart Weiner is the developer. He's bringing the condos in, and proud of it, as he lounges in his air conditioned office. Be aware, no air anywhere else. 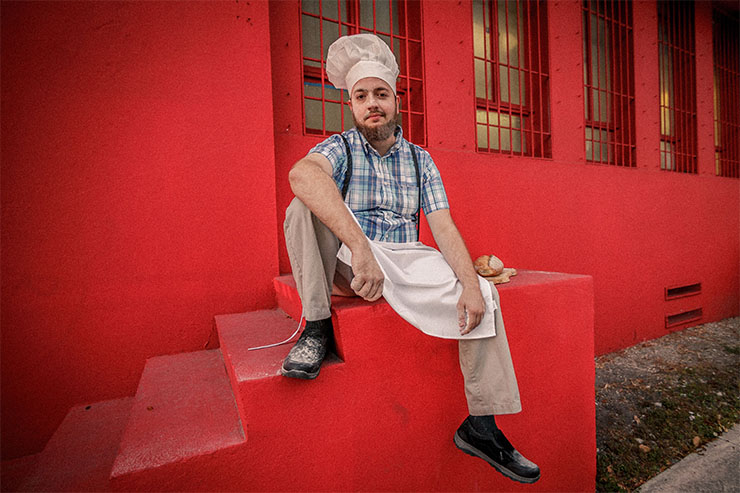 Della, the disgruntled founder of Wynwood Yard, is played by Sandi Stock and the art gallery owner is Susie K Taylor.

Rayner G. Garranchan is the mf dispensing tagger, quick with his paint cans and temper, with AJ Ruiz as the Muralist and Adam D. Crain as the Hipster.

The coffee serving Peurto Rican Tia Oneida is played by Madelin Marchant, angry that her people, the first to stream into Wynwood, were later displaced by the refugee Cubans. She and the Cuban Seamstress, Angelina Lopez Catledge are friendly enemies. The Seamstress will let you stroke her baby's clothes as she tells of her terrible working conditions. 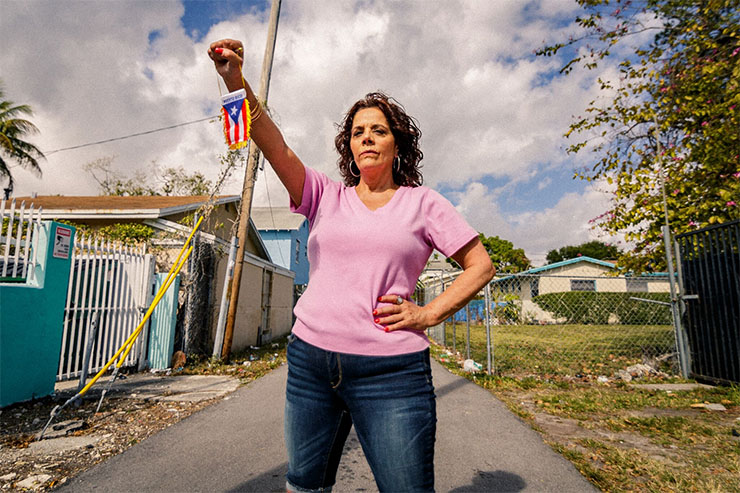 Chris Krider is The Baker who promises the best toast in the world.

And, por supuesto, there are cuba libres for all.

Sanchez's writing is the glue of the show; you'd happily make lifetime friends of these people.

That's despite they're an entitled crowd, each certain their contribution to the neighborhood exceeded others' and that proper recognition would probably never come their way. So arguments occur. Even a push, shove, swing a punch fight. (Beautifully choreographed by Coley Campany)

This a precise, well directed, well acted tour of the histories, hopes and grievances of the Wynwood pioneers.

Juggerknot's creative and production team is brilliant. Not a misstep anywhere. 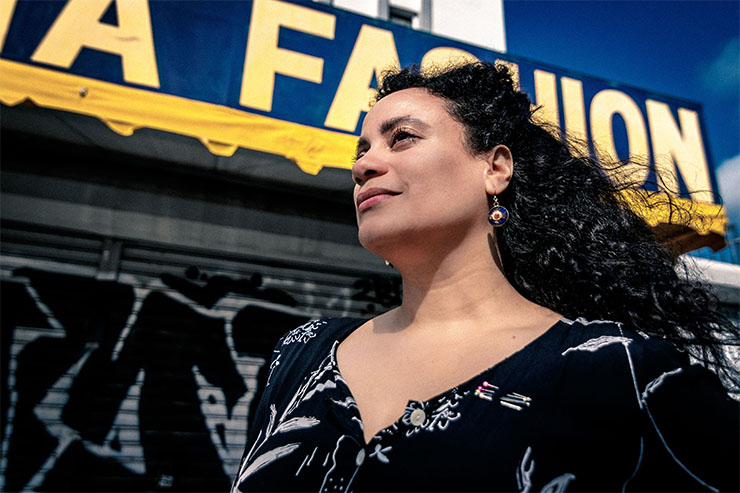 Li Milian is the scenic designer, Natasha Bravo the properties, Ana Maria Morales the lights, and Sara Vingerhoedt the sounds. Lee Harrison designed the costumes. The already mentioned choreographer is Coley Campany. The acting/vocal coach is Jennifer Decastroverde and the technical director is Ralph Otero.