Synergism: A Marriage of Souls 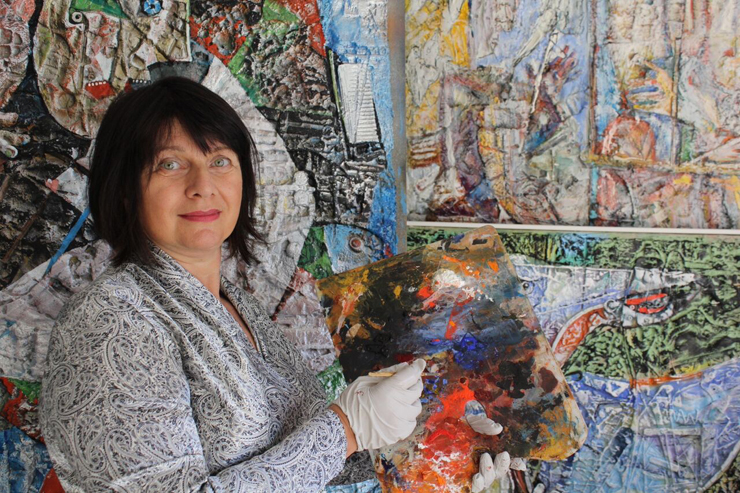 Bunnies, gloves, bicycles, bouquets, winged horses, fish and nets are some of the whimsical forms that pleasantly surprise in the latest exhibition of fine art displayed at the Museum of Contemporary Art North Miami. While playful and eccentric, the presentation is also brilliant and profound; there's more to the imagery than meets the eye.

Titled "Synergism," the grand display commemorates the careers of two exceptional artists from Soviet Russia who immigrated to New York: Ekaterian Khromin and her late husband, Victor Khromin. The exhibit presents a love story between these creative and collaborative geniuses who fled persecution to create a new life in a new country. The inspiring showcase highlights the synergy of sculpture and painting, depicts the technique of Synergism that Victor created, and illustrates the capacity of art to be transformative and symbolic. "Synergism" is also the first exhibit of Russian art ever displayed at the Museum of Contemporary Art North Miami, and the organization is very proud to be a leader in bringing international art to South Florida. 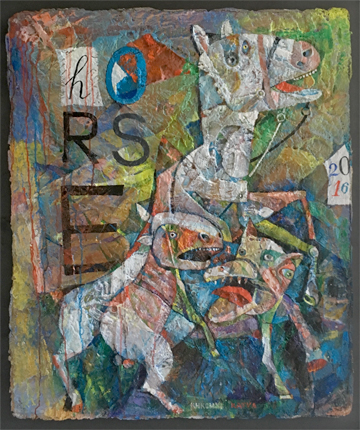 The Khromins' journey began in Leningrad. Just budding artists, the couple first met when Ekaterina was in an arts high school. She was asked to model for a large state-commissioned propaganda mural. When the 12-foot sketch began to fall threatening to injure the young girl, a handsome young man materialized from behind the canvas racks to her rescue. A few years later, they met again at an artist's retreat and became inseparable, true soul mates. Just as their souls united in the physical manifestation of marriage, they also met on canvas.

The exhibit consists of art work from the life-long careers of both Ekaterina and Victor. At the entrance to the exhibition, there is the large restoration piece of a Russian artifact. The couple restored art upon their arrival in New York City, where they first immigrated. In the first exhibition room, there are films. One was created by her daughter. It is a moving collage, a homage to her family, with photographs of their studios, baby pictures of each, and even pictures of the couple's parents. One can sit in the room and watch the projection of photos like a movie reel of their lives on the wall. In the larger exhibition room, there is model of the artists' studio, with canvases and materials taken from their actual workspace. It is a real treat for visitors, giving one a glimpse into their creative process.

Also shown are Ekaterina's children's illustrations. Some are collages of cut-outs of letters and images from magazines arranged into creative and colorful characters and words. In one section of the exhibit, Ekaterina's solo paintings are displayed. In another area, one can view Victor's pieces. Their collaborative connection is evident in their uniquely similar styles. They both created texture mixing media and employed vivid bright colors or metallics to bring out abstract shapes that are surrounded with symbolic figures like a male or female, rabbits, cycles, and gloves. They are almost dreamlike in their interpretation. Each playfully tells a story within a story. 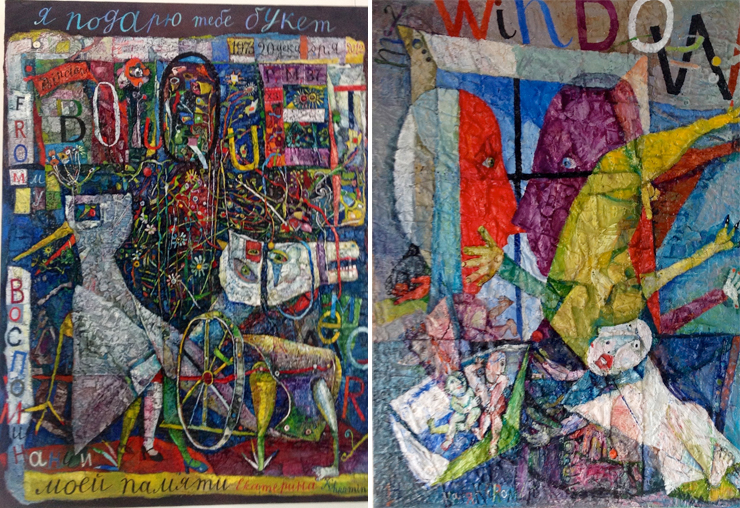 LEFT: Bouquet from my memory. RIGHT: My Window.

In some of Ekaterina's paintings, the images are representative of family events. Ekaterina explained to me that creating art to cope with personal feelings from traumatic experiences has been very therapeutic. One painting "Letter to My Father," is about her father abandoning her when she was a child. There are two figures in the painting. She drew the one representing her father with organs and veins exposed to express how he was "just like a body" to her. The other figure representing the artists is nude. The two figures stand side by side, and one perceives the raw, visceral pain she must have experienced. Another of Ekaterina's paintings portrays a time in her life when she was musing upon various things, and it is called "My Window.""Bouquet From My Memory," which the artists said is her most well received piece, was a gift for her daughter.

Most impressive are the large-scale paintings Ekaterina created after Victor's death in 2015. She worked up molds, which Â he had of various discarded objects such as old gloves, handbags, nets, bicycle parts, and even a dead fish. He had created a new art form, referred to as Synergism, in which he used a template mold to transfer the same image onto various canvases with exquisite texture. There are a group of paintings that are actually the exact same image. The only difference is in the color schema. In some, the artist incorporated traditional Russian shades, such as blue and gold; in others the colors are primary. These pieces illustrate the significance of shades in the expression of emotion in painting.

For more information, visit mocanomi.org/. Synergism will be on display at the Museum of Contemporary Art North Miami until May 21, 2017.