Get Swept Up In ‘The Wife' 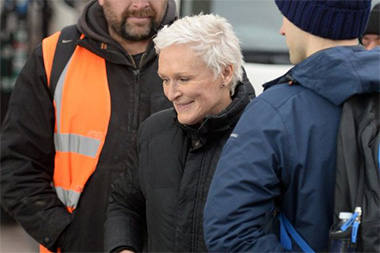 Older moviegoers might see themselves in the couple Castlemansâ life in the incredibly engrossing âThe Wife,â starring Glenn Close and Jonathan Pryce. Theyâve been together for years, glued together by life's journeys including health conditions (she sets the alarm for when he needs to take his heart pills), celebrating the joys of a new grandchild being born, and professional success when the Mister is awarded a coveted prize for his career achievements.

On the outside, everything looks just peachy, but behind closed doors there are, like any family, hidden secrets, built up resentments. The wife who, for all intents and purposes, has given up on her ambitions long ago to have children and support the dreams of her scholar-writer husband.

Adapted by screenwriter Jane Anderson from Meg Wolitzerâs novel of the same name, we meet the pair at one of the high point moments in their lives. Heâs been awarded what is equal to the Nobel Prize for literature, and they are flying first class to Finland to claim it. 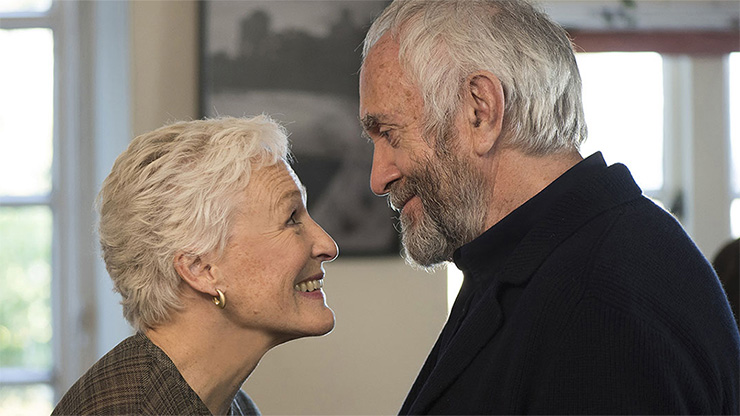 Christian Slater is introduced as a desperate biographer who knows there is a story deep in the familyâs jewels thatâs more than meets the eye and heâs going to manipulate to get it. He shows up in Helsinki, and flatters wife, Joan, to have a drink and a cigarette with him, then feigns friendship on their son, David (played magnificently by Max Irons, son of actor Jeremy Irons), in order to dig the dirt.

Director Bjorn Runge has turned the cinematic piece into more of a theatrical experience, creating a quasi chamber drama, and Close and Pryce with their stage backgrounds are able to turn it into just that -- an intimate piece that may mirror some of your own life.

The film is like music, two instruments playing a duet, says Runge, âClose and Pryce like two great soloists playing together, uniting the story through their art,â and it couldnât be said better.

The story has emotional twists and turns: how the two initially meet is told in flashbacks that have surprises around every corner. 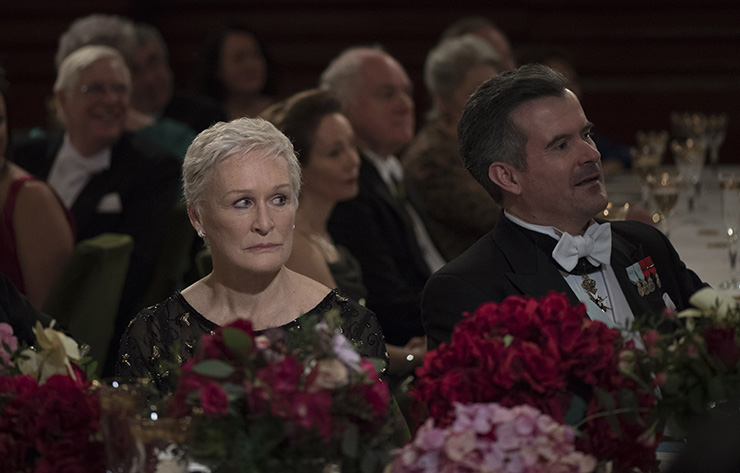 Close brings her steaming-below-the surface style that was so effective in âDangerous Liasonsâ and âFatal Attraction,â but now with some years under her belt, the veteran stews even deeper. As the 64-year-old Joan, with her short gray hair, and understated, but smart clothing, Close brings her A-game and relishes this role. There should be an Oscar nomination in her future for this one.

The moody undertones give it suspense, but the edge of your seat is of the emotional kind, and when the lid is blown off the whole kit and caboodle, you may have seen it coming, but how? Thatâs the ultimate in wonderful moviemaking.