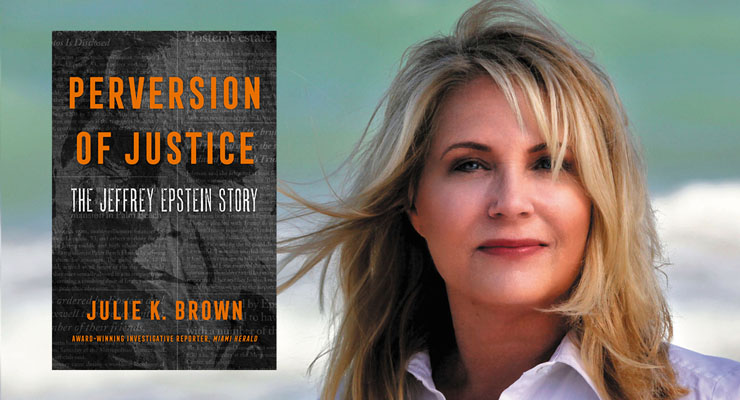 Miami Herald investigative reporter Julie K. Brown opens her tale with a dedication to those she names as the survivors of the sordid sex trafficker Jeffrey Epstein.

"Pervasion of Justice: The Jeffrey Epstein Story," released on July 20, tells a true-life, sordid story, which continues its ramifications today.

The perversion is not only that of Epstein and his friends and business partners on the sexual level, but it strikes at the very heart of our legal and criminal justice system â a system that allowed a certain kind of behavior to exist. To put it bluntly, those with money â billionaires and those with friends in high places â could and still can get away with anything. Yes, anything. Epstein never paid for what he did to so many young teenaged women. He was protected every step of the way. Though charged in 2008 with soliciting prostitution from minors, he successfully called the shots, doing everything he had done before, despite the fact of being held in custody. 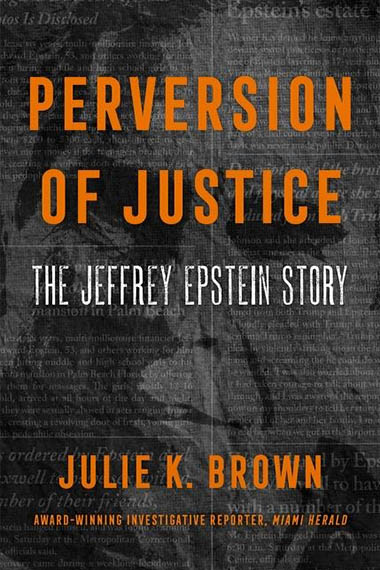 It took a long time to take down Epstein, and Brown was dogged in her perseverance to get the story. Originally appearing in three parts in The Miami Herald, the obstacles in her way were many.

Documents she requested were denied, and when she did get them, they were heavily and ridiculously redacted. In every stage of her research into Epstein and his crimes, many people were insistent on not speaking with her for her stories. Brown recounts one such episode in her book, the maddening back-and-forth she had with South Beach resident and infamous lawyer Alan Dershowitz.

Brown was repeatedly chided by many for stubbornly refusing to put the story aside.

In the end, she succeeded, thanks also to help from people like Michael Reiter and the late Joe Recarey, who supported her work (and to who she also dedicates this book).

(Hear a sample from the book below.)
Â

The single mother of two endured pay cuts as a journalist as newspaper readership continued and still continues to decline. She worried about keeping her job. She remained undeterred.

So who was Jeffrey Epstein? Brown tells us he was a con man, a scammer and user who used his charm to convince people to hire him despite his lack of credentials. He got a job teaching math and science at the Dalton School in New York City thanks to the father of former attorney general Bill Barr; billionaires like Les Wexler of The Limited and Victoriaâs Secret threw millions of dollars at him. He counted among his BFFs the billionaire Leon Black, Prince Andrew of Great Britain, and former presidents Bill Clinton and Donald Trump. Photos of Epstein and his girlfriend Ghislaine Maxwell were in all the newspaper and glossy magazine society pages. All the while, they were supplying vulnerable girls to men who were eager to have sex with them.

Brown, however, doesn't dwell on the more, disgusting and degenerate aspects of what was done against the girls against their wills. But readers will âgetâ it; depraved descriptions are unnecessary. What this reviewer found most depraved were the actions of those who should have known better, like U.S. attorney Alex Acosta of Florida, who approved the plea deal for Epstein. (He was later rewarded by being named Trumpâs Secretary of Labor.)

How no one with the power to stop any of Epstein and company's deeds is the story Brown goes into and, in great detail in a hefty book of almost 450 pages.

And that âsuicideâ in prison? Brown makes it clear that no one believes it. The perverted sex addict himself had the goods on far too many important and wealthy people. No way was he going to be allowed to rat them out, no way on earth.

And now, his partner in crime, Ms. Maxwell, as bad, if not worse as he was, is in prison. She has the goods on a lot of folks, too.

We can only hope she is being better guarded than her vile partner. There is a lot more that needs to come out and many more to pay for their collusion in this tangled story of sex, corruption and secrets.