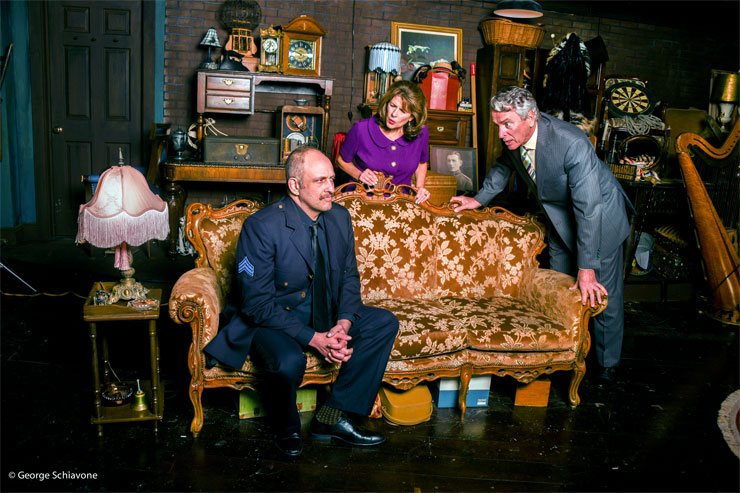 For most of the audience, it was the first opening they'd attended at GableStage without Joe Adler.

As GableStageâs beloved producing artistic director and driving force for more than 20 years, Adler was at almost every GableStage opening, welcoming the audience, delivering an entertaining curtain speech, and playing host for an insightful evening of theater and a lively reception. Adler passed away in April 2020, leaving theater lovers bereft and wondering about the future of GableStage.

After the opening night of "The Price" on Saturday, Nov. 13, the wondering can stop. GableStage is in good hands.

New Producing Artistic Director Bari Newport welcomed the audience in her own way, which honored the past, celebrated the present, and looked toward the future.

The evening was different from past opening nights, but had the same feeling of casual elegance and conviviality that GableStage's first showings are known for. Rather than the after party upstairs in the Aragon Room, there was a pre-reception in front of the theater featuring a video presentation by Newport, outlining the details of the creative process behind "The Price."

COVID-19 safety protocols prevented the actors from mingling with the crowd after the show, but the cast made a doorway appearance for a Champagne toast. And Newportâs curtain speech was just as energizing, heartfelt, and entertaining as Adlerâs were, but at the same time completely her own. 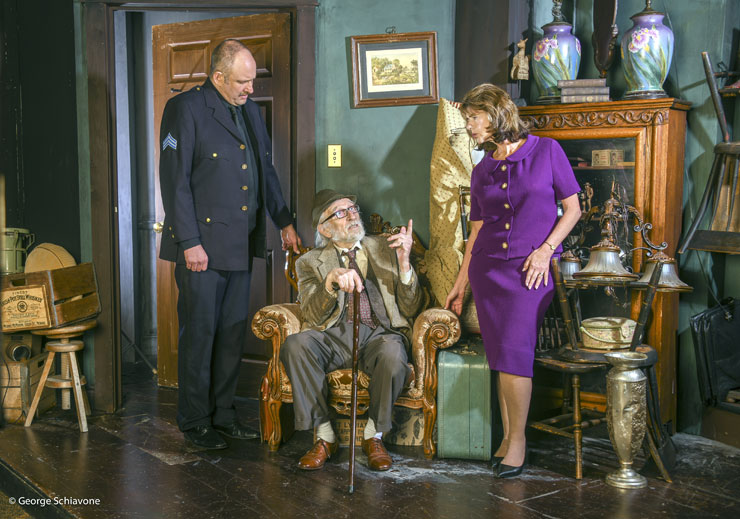 "The Price" at GableStage runs through Dec. 12. (Photo by George Schiavone.)

The evening struck the right note of reverence for Adlerâs legacy and excitement for GableStageâs new era with Newport at the helm. The decision to reopen with Arthur Millerâs classic, "The Price," was the right one. Adler and his cast were in rehearsal for "The Price" COVID-19 forced closures in March 2020. "The Price" was Adlerâs last show, the one that audiences did not get to see with him.Â Newport directed the production using Adlerâs notes as her inspiration. And seeing it now as the new producing artistic director's first show is both a tribute to Adlerâs legacy and the transition we all needed to move forward without him.

"The Price" is a drama set in 1968 about the consequences attached to lifeâs choices and obligations.

Victor Franz (Gregg Weiner) is a New York City policeman close to retirement. Victor has always done his duty and whatâs right. He didnât get the promotions other cops did because he refused to compromise his principles and he put aside his own dreams of a career in science to take care of his father, a once rich, successful businessman broken by The Depression.

His wife, Esther, (Patti Gardner) is dissatisfied with everything â their apartment, their marriage, their working class life. She wants more of everything so she and Victor can finally live the life she believes was denied them by Victorâs duty to his family.

In the first scene, the couple meet in an attic room where Victorâs family lived after his fatherâs economic downturn. The room is packed with furniture, knick-knacks, clothing, and a harp, all vestiges of a more prosperous life. Victor is awaiting the arrival of appraiser Gregory Solomon, (Peter Haig) so he can sell everything before the building is demolished. Esther believes that the money from the sale can finally fund a new life and disagrees with Victorâs decision to give half of the proceeds to his brother, Walter, (Michael McKenzie) a wealthy, successful doctor. She says he was no help to Victor or their father. Through Victorâs conversations with Esther, Solomon, and Walter, and Walterâs revelations in the second act, Victor gains a new understanding of the price he paid for doing his family duty, while Esther and Walter feel the weight of their life choices.

As Victor, Weiner deftly conveyâs Walterâs integrity and world-weariness. Itâs a simmering, measured performance, filled with restraint and poignancy, and the kind that has made Weiner one of the most sought-after actors in the region.

Gardner perfectly illustrates the dilemma of a woman on the precipice, afraid that if sheâs pushed to live a dissatisfied existence much longer, she will plummet into the abyss. In lesser hands, Esther might come off as just a money-grubbing shrew, but Gardner balances Estherâs shrill qualities with love and humanity.

McKenzie, essentially the villain of "The Price," plays the role well, with a sense of entitlement and arrogance. He is Victorâs antithesis, a slick con man in an expensive suit, too self-involved to see how his choices affected Victorâs life, too self-righteous to take responsibility for his actions. 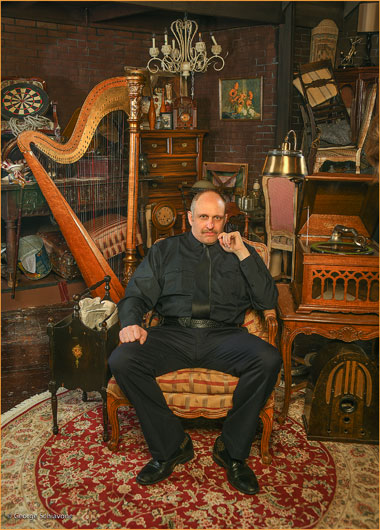 Gregg Weiner as a Victor in "The Price. (Photo by George Schiavone)

Haig runs away with the show. His performance as Gregory Solomon creates a portrait of a man both timeless and from another time. At 89, Solomon is on his fourth wife and not very many years into the marriage. He views this appraisal appointment as a social interaction as well as doing business. Heâs sly and nostalgic, forthright and funny. Haig dives into the role with gusto and his performance is nuanced and funny.Â

Lyle Baskinâs set, with its skylights and octagon window, is a hoarderâs delight. Stuff packs the stage, giving the drama a claustrophobic feel, mirroring the charactersâ circumstance â itâs full of the past and waiting to be torn down. (One of the most moving moments of the evening was when Newport told the audience that the set had been waiting nearly 20 months to be seen by audiences.)

"The Price"is terrific theater and the perfect bridge between the past and future at GableStage.

"The Price" runs through Dec. 12 at GableStage in the Biltmore Hotel, 1200 Anastasia Ave., Coral Gables. 2 p.m. and 7 p.m. Wednesdays, 7 p.m. Thursdays, 8 p.m. Fridays, 2 and 8 p.m. Saturdays, 2 p.m. Sundays. Tickets are priced from $35 to $70 not including fees.
For tickets and more information, visit GableStage.org. Masks and proof of vaccination or a negative COVID-19 test are required.Â