‘Tracing the Red Thread' at MOCA 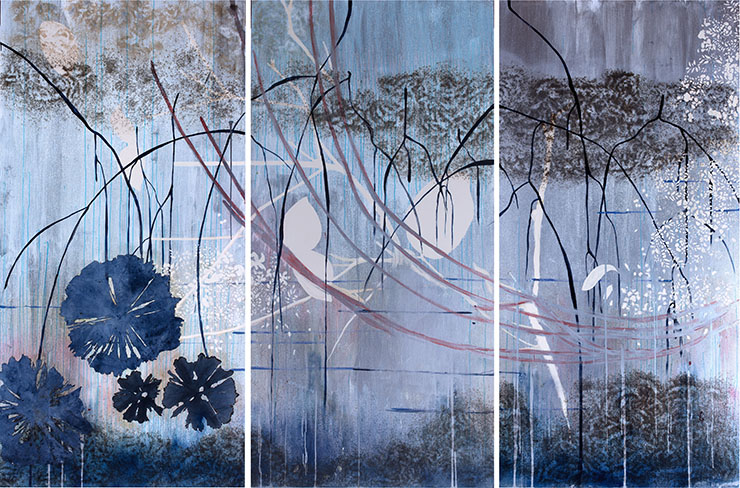 The prominent local artist Mira Lehr was shocked that anyone would pay money for her work. But that was in 2002 when her first solo exhibition "Affinities with the East"Â at the Elaine Baker Gallery in Boca Raton was sold out, to her complete shock. Since then, her paintings and installations have been featured in some of the most prestigious galleries around the country including Flomenhaft Gallery in New York and Rosenbaum Contemporary in Boca Raton.

She even had a documentary called "Dreamscapes" made about her. Most recently, she has had exhibitions at the Fairchild Tropical Botanic Garden and Vizcaya Museum and Gardens, and suitably so since she loves nature. In fact, her current work has an environmental message. Through Nov. 4, her paintings and installations will be displayed at the Museum Of Contemporary Art North Miami (MOCA NOMI) in her solo exhibition "Tracing the Red Thread."

As the title of her first show, "Affinities with the East,"Â Â suggests, many of the artistâs paintings mimic the style of Eastern art. Some of the pieces included in "Tracing the Red Thread"Â are layered with Japanese paper and resemble their watercolor flower etchings. Lehr also creates those poignant black marks seen in this countryâs style of art using the traditional method of ignited gunpowder. 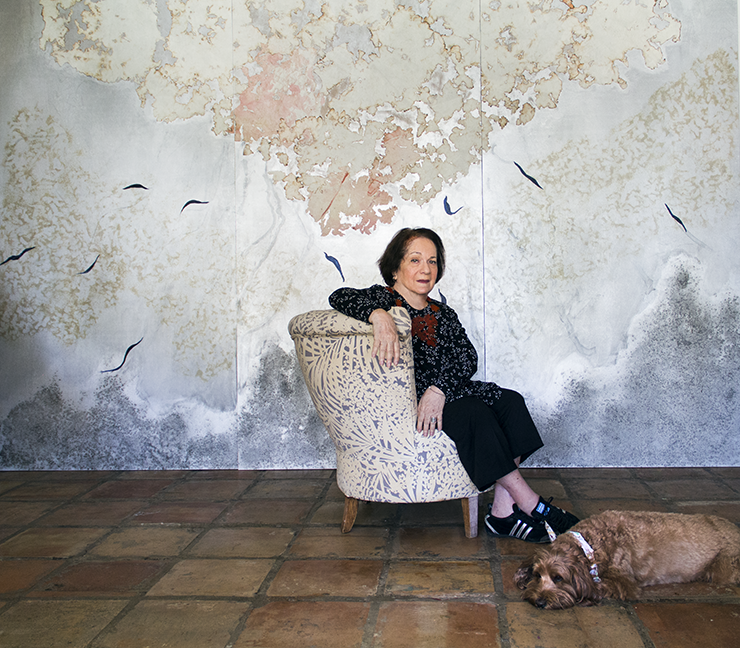 But even though she garnered a flair for Japanese-like designs, Lehr is a South Floridian through and through. She has lived here for most of her adult life-after attending the prestigious Vassar College in upstate New York, raised a family here, and her art career took off in the area. She, along with a group of other women artists, began the first all-female co-op in the Southeast, the Continuum Gallery in Miami Beach. It was a hard time for women artists in the 1950s and 1960s as Lehr recalls, so it was a way for them to be taken seriously among their mostly-male peers. 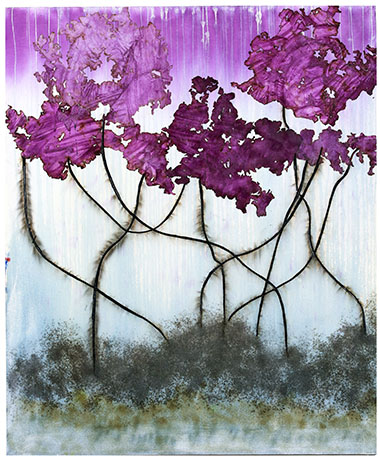 Mira loves her home and the beautiful tropical natural landscape that surrounds her. And her love of nature is evident in her artwork from her tranquility-inducing delicate flowers in lively colors to her unnerving large-scale installations, which mimic mangrove branches using rough materials like marine rope and steel. A pleasant dichotomy is weaved between the main pieces of the exhibit. They flow seamlessly throughout the space spinning a thread of thematic continuity with their vibrant, earthy colors and rough edges.

But overall, the artists, who dubs herself an eco-feminist, expresses a more poignant message through her art. The red thread mentioned in the showâs title is a piece of red rope that she placed at the entrance of the enormous mangrove labyrinth, which is poised in the center of the museumâs exhibition space. It is a reference to Ariadneâs thread from Greek mythology. In the tale, Ariadne gave a ball of red thread to Theseus so he could trace his steps on his journey through the maze to locate (and kill) the monstrous Minotaur.

The idea is for human beings to explore nature and find solutions to current problems, in this case, climate change, which is putting mangroves in danger. The artist said that âMankind has great capabilities. Mankind is capable of not causing more damage and searching for ways to keep the environment intact.â

To Lehr, being an ecofeminist means ânot to rape the earth. Not to think of short-term profit by domination and inflict our ideas onto nature but instead to work with it, so that we donât end up destroying our habitat.â 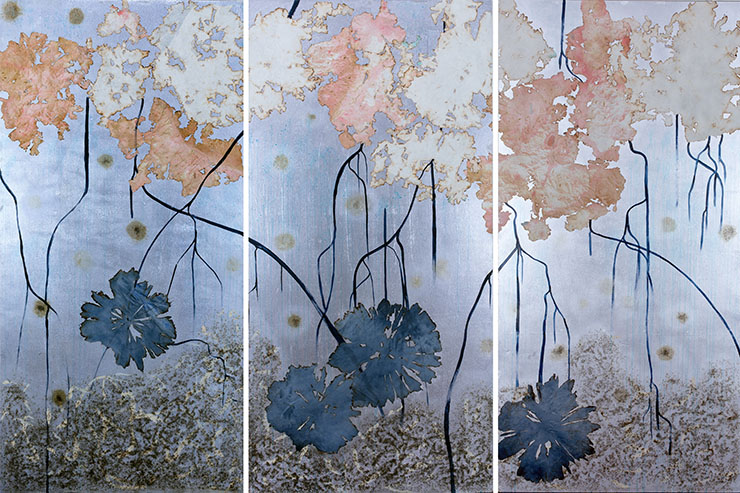