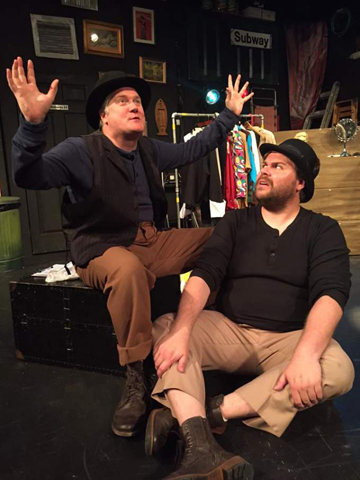 It's a big, fat, glorious, two-act inside joke that's playing now at Thinking Cap's Vanguard space in Fort Lauderdale. If you've ever wanted to be a ham, stunning your friends with the brilliance of your worn Willy Loman or the savagery of your Medea, auditioned all over town for the chorus of Hello Dolly and tapped for 42ndÂ Street, you'll get every one of the approximately twenty-three hundred gags in Waiting For Waiting For Godot. And knowing who's Ollie and who's Stan will also help.

But don't worry, even if the only theater you recognize is that hospital room where they took out your tonsils, you'll still love WFWFG. It's the stuff that laughs are made of.

Mark Duncan and Scott Douglas Wilson are two understudies, waiting endlessly backstage for their chance to star in, surprise, Beckett's Waiting For Godot.

Buffoonery rules in the cleverly cluttered room. Raging egos, failures and triumphs, arrogance and humility, all the spoutings of the true artist and the teaching clichÃ©s of those who can't are mercilessly thwacked with the rubber chicken. It's brilliant work by the two actors. Broad comedy at it's best. And, every now and then, the sadness of frustration seeps through. 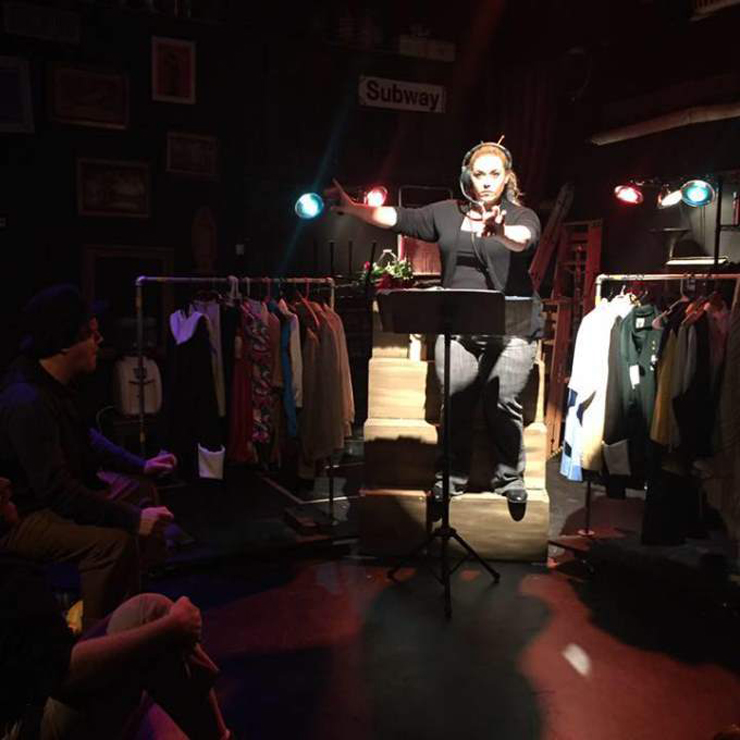 Vanessa Elise is the assistant stage manager, a cynical seen-it-all with no love for those who act. And then she shines in her own spotlight and it's magical and moving.

Director Margaret M. Ledford has her actors explore every line and move, with hilarious results. It's a wonderfully frantic piece... no two show days for these actors.

Scenic artist Alyiece Moretto and Nicole Stodard with her props and costumes have presented a realistic and appropriate backstage set, and the lights of Eric Nelson and the sounds of David Hart are just the things they should be.