It was an enthusiastic and expectant mix of dance directors, dance advocates and students, in the audience for the premier performance of the soMI DANCE FEST presented by iMEE (infinite Movement Ever Evolving) contemporary dance companyÂ at the Mandelstam Theater in South Miami on Saturday, Jan. 13. soMI DANCE FEST has now joined the extensive movement to promote and build dance in Southern Florida.

Three companies were presented, making the evening eclectic, diverse and intriguing. The most abstract and contemporary piece on the program was by the Pioneer Winter Collective. In his artistâs statement, Winter states, âMy work democratizes performance through the unexpected. Through this, I champion unexpected bodies, telling unexpected stories and personal histories, in unexpected and hidden places. I am a believer in the beauty of vulnerability and humanness.â 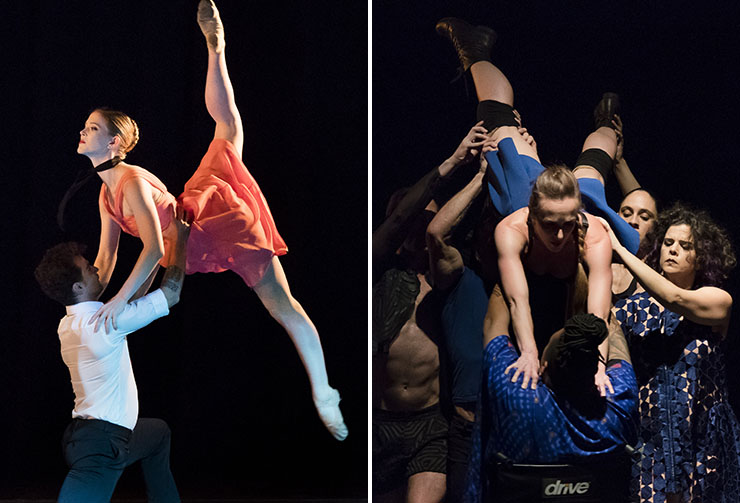 Excerpts from his work in progress, âRepriseâ was a true example of this. Seven dancers lined the stage, each one unique in their skill focus, each one wearing attire that seemed particular to the individual, sometimes extreme, sometimes simple. A duet ensued by the flamenco dancer, Niurca MÃ¡rquez, and Hector Machado. Machado, in a wheelchair, seemed to be calling the shots, putting MÃ¡rquez through her paces in a conversation of rhythm and voice. Throughout the piece, Machadoâs voice was heard, urging the dancers to continue and moving with them. The lines of ability were blurred. Winterâs creation was thoughtful and provoking, as his pieces tend to be. The final look was of a dancer flying, held aloft by the others, including Machado, seeming to say there are no boundaries.

Dimensions Dance Theater of Miami offered a second viewing of Kevin Jenkinâs humorous take on wealthy and bored society members in âCâest La Vie.â It was a spirited break from the intensity of âReprise.â Having now been performed a number of times, âCâest La Vieâ was imbued with more subtlety and innuendo than we've seen previously. The dancers were at home in the style and had developed their character more fully. The cast of Trisha Carter, Chloe Freytag, Stephen Fons and Eduardo Pi Iglesias work together well in this simple, stylistic snapshot. 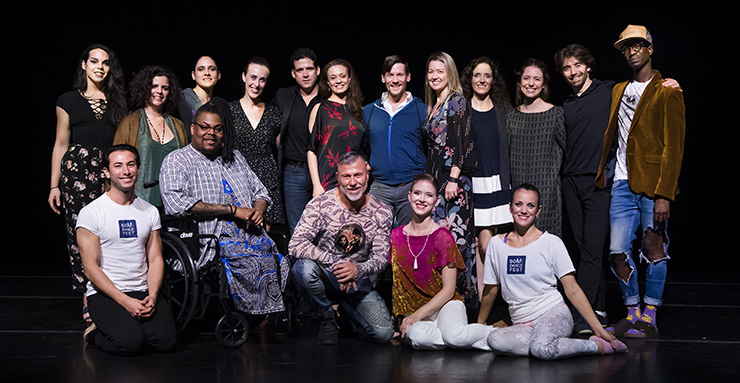 The meatiest of the trio of works was the premier of Maurice Causeyâs âShotgunâ a raw European flavored contemporary piece. The four dancers, Jessica Collado, appearing through the courtesy of Houston Ballet, Melanie Martel, Cristian Laverde Koenig and Randolph Ward, were lush and rich in their dance quality, each one unique while blending easily with each other. In this piece, Causey reflected life; the quirks, the relationship battles and adding subtle touches of humor that broke up the fervency that was present. Ward and Koenig couldnât be more different. Long and lean, Ward was sultry and snakelike, and every part of his body was activated. Koenig was intense, solid, arrogantly sexy and wore his emotions right on the surface. The two ladies moved with controlled abandon. The foursome made a dynamic, sexually motivated quartet that exploded as the piece evolved. The final image was Koenig, engulfed in the curtain as we are consumed with life itself.

Bravo to Andrea Dawn Shelley and Spencer Gavin Hering, directors of iMEE Dance Theater of Miami, for creating soMI, a new addition and welcome addition to the dance scene in Miami.