'Women's Choreographic Voices:' Stepping Out of the Wings and into the Spotlight

Marion-Skye Brooke has been with PLGDC for five years. She started as a soloist, then became a principal, and is now a choreographer and soloist with the company.

One of the goals of the Peter London Dance Company ( PLGDC ) is to offer new choreography to the community and mentor young choreographers to achieve his or her artistic vision. Peter London is the founder and artistic director of PLGDC and is a renowned dancer, choreographer, and educator. He is a strong supporter of nourishing and providing opportunities for women choreographers to create and present their work. To this end, on Sunday, April 3, PLGDC, in collaboration with the New Canon Chamber Collective, is presenting Womenâs Choreographic Voices. The program offers an opportunity for audiences to experience the relationship between sound and movement.

"A good musician is a good listener," says Portia Dunkley, Founder and Executive Director of New Canon Chamber Collective, which Dunkley says â is a music ensemble that spotlights music of composers from the Afro- diaspora and gives a platform to black and Latino musicians in South Florida.â Dunkley worked with two South Florida composers, Elijah Gee and Jeremy Jordan. Each composer composed a commissioned score for the program. "My role is being the connector ( between the choreographers and composers )," says Dunkley. 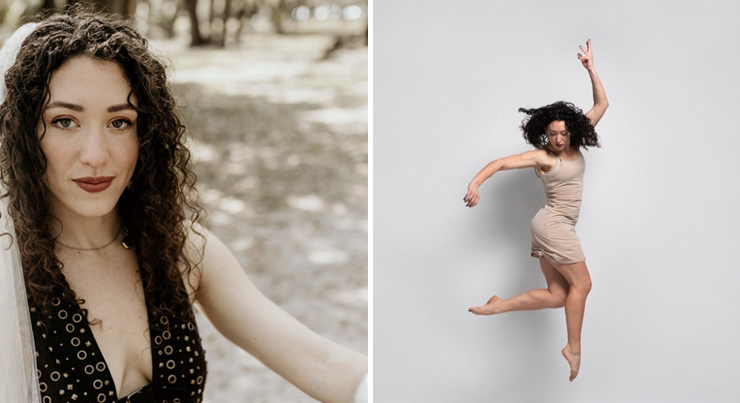 Kashia Kancey is one of the three women choreographers whose work is presented on the program. She has been a member of PLGDC since 2017 and says she is part of the Peter London family. Kancey is a dancer as well as a choreographer. She started dancing at an early age and is a graduate of New World School of the Arts in Miami. Kancey says she was influenced to become a choreographer by Robert Battle ( artistic director of Alvin Ailey American Dance Theater ) and Rosie Herrera ( artistic director of Rosie Herrera Dance Theatre). Kancey is presenting a piece titled âAnd So I Run â which she explains is about an artist pushing herself, trying to advance to the next level. â It has lots of physical athletic movements,â Kancey says. 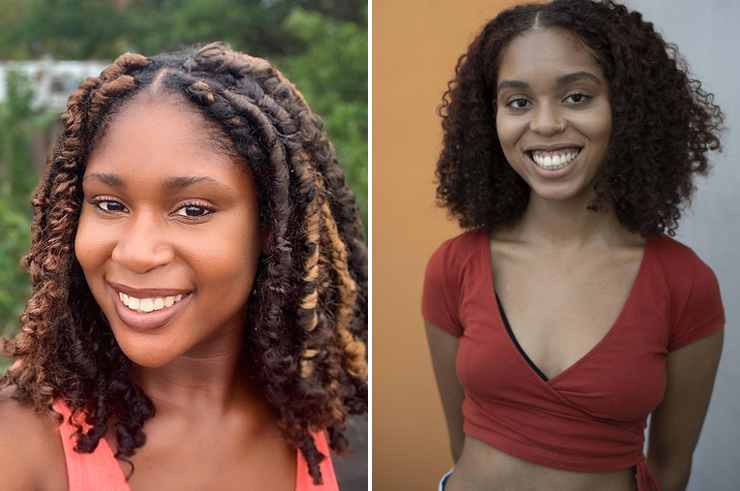 LEFT: Kashia Kancey is a Miami-born performer and choreographer. She has been part of the PLGDC family since 2017, and is currently working with Adele Myers and Dancers, and Abby Z and the New Utility. Kashia continues to pursue her career in Brooklyn, NY. RIGHT: Alondra Balbuena, born in New York City raised in Miami, Florida is a freelance dance artist working to deepen her understanding of human connection through performance based movement. Currently she is based in New York City and performs with Adele Myers and Dancers.

"Imperium" is the continuation of a dance study Alondra Balbuena choreographed while in college at New World School of the Arts. It is a trio which examine topics such as dominance, aggression, and masculinity. âImperiumâ is a study of opposites: hard versus soft, quiet versus loud. Balbuena says becoming a choreographer was not an actual decision she made but rather something she fell into. Balbuena still performs and considers herself a movement artist.

At twelve years old Marion-Skye Brooke saw Alvin Ailey American Dance Theater perform âRevelations, â Aileyâs iconic work, and was hooked. Even at this young age Brooke was already immersed in dance having studied with her mother, Angel Fraser-Logan, at her studio Dance Empire of Miami. Brooke continued her studies at New World School of the Arts where she earned her BSA in dance. One of her mentors was Jamar Roberts, who is from Miami and is also a graduate of New World School of the Arts. He is currently the Resident Choreographer of Alvin Ailey American Dance Theater.

Brooke has been with PLGDC for five years. She started as a soloist, then became a principal, and is now a choreographer and soloist with the company. Brooke started creating choreography in her freshman year in college. âI need to speak with my body,â she says.

âSlush Blush,â âEoneoni,â and âPrism of Elsewhere â are three solos Brooke is presenting on Sunday. âSlush Blushâ is performed by Brooke and tells the story of a rose chasing the sun.

â Eoneoniâ is the Korean word for mother and in this piece Brooke explores âour gift and ability to create life â¦it gives us our strength and power.â The dancer is Nicole Pedraza. âPrism of Elsewhereâ ( 2022 ) is Brookeâs latest piece and she is the performer. Brooke says she researched the effects of a prism, a medium that distorts, slants, or colors whatever is viewed through it.

With this program London has given women choreographers and South Florida composers a platform for their voices to be heard. Their stories are worth seeing, their visions worth experiencing.