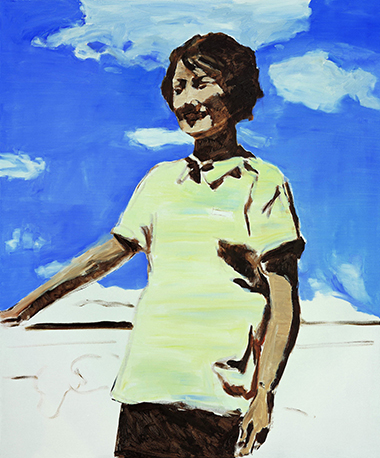 Zhao Gangâs artwork bridges two worlds: China and the United States, a blend of Eastern and Western influences. He considers himself an âinsiders' outsider"in both cultures. His art represents a fusion of ideas of these two worlds. Through his work in the East and West, Zhao has developed a unique style which reflects the changes in the art scene of contemporary China. Perez Art Museum Miami (PAMM ) is presenting "Zhao Gang: History Painting."It opened on Friday, May 24, and is on view through Jan. 5, 2020, the exhibition presents fourteen paintings that Zhao said is âa survey of my thinking for the last fifteen years.â

The artist spoke at an opening conversation at PAMM with guest curator Christian Viveros-Faune on Saturday, May 25. He touched on his paintings and practice and his impression of the art scene in China after living and working for twenty years in Europe and the United States. 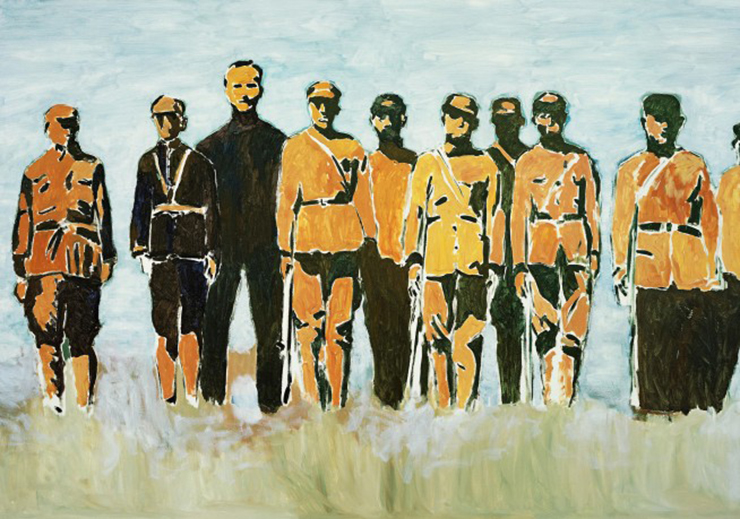 There is an America, 2007, oil on canvas, Pizzuti Collection

Zhao was born in 1961 in Beijing. He became a member of the Stars Group, Chinaâs first modern art movement, when he was just sixteen. He was the youngest member of the People's Repubic Of China's first avant-garde arts collective. The group was mainly active in the late 1970s and early 1980s. Most of its members were self-trained and valued individualism both in their work and personal life. One of its members included Ai Weiwei, and the group is credited with opening the door to the acceptance and creation of Chinese contemporary art.

Zhao left China in 1983 for Maastricht, the Netherlands, and New York. He returned twenty-four years later. He states that he did not return to the same China and the same art scene. He left before Tiananmen Square, and before globalization brought in a multiple of forms and styles of arts and an arts economy. 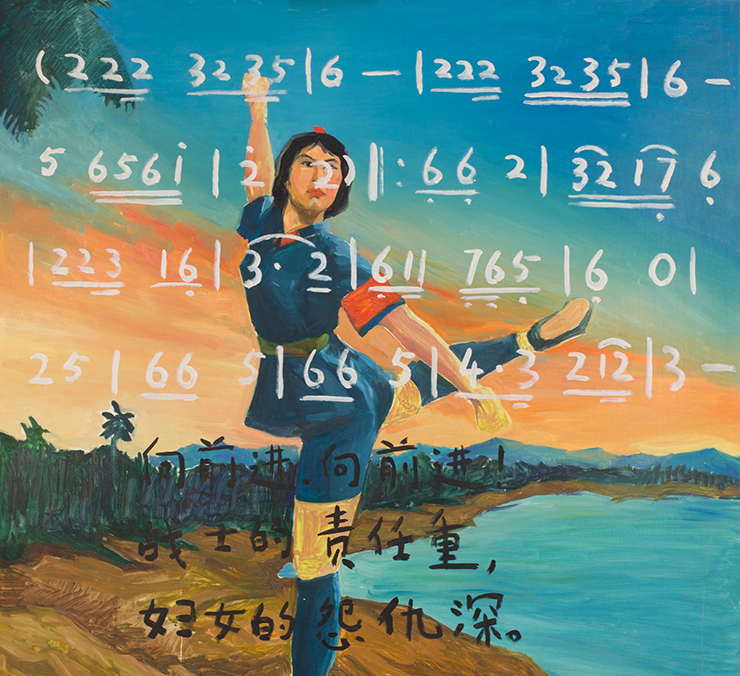 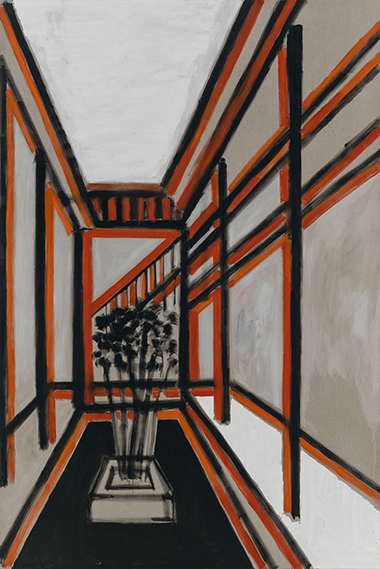 A Corridor of the Classroom, 2014, oil on canvas, Frank F. Yang Foundation, Guangzhou

âHistory Painting,â is a Renaissance idea whose multi- figure works derived mainly from biblical, classical, or allegorical sources.â Zhao's works fit well into this category. With his âRevolution Balletâ (2007),Â  he paints a ballerina of the Cultural Revolution.

She is standing on one leg, the other curved behind her. One arm is held straight against the side of her head while the other is extended out to the side. Across the canvas and her body are numbers which represent musical notes. She is clearly a soldier of the Revolution. Her gaze is not at us, but beyond us. The painter has given her a Western vision by placing her on her toes, a Western practice with ballet dancers. Zhao spoke of the Cultural Revolution and the restrictions it placed on information coming in from the West, especially dealing with the arts.

âA Corridor of the Classroom," is a Piet Mondrian style painting in black, red, grey and white.

Zhao captures the elite private school that was part of the intellectual scene in China.

He stated that he painted from pictures, which he took of the schoolâs interior courtyard. 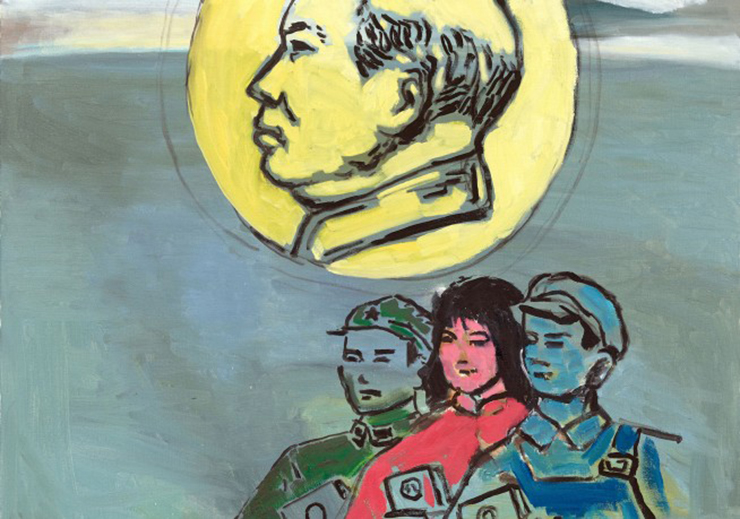 By far the largest work in the collection is âCocksucker Bluesâ ( 2014-2015 ) painted after Zhao visited the villages of 21 intellectuals victimized by Maoâs Cultural Revolution. These men were harassed, tortured and in some cases killed. The painting shows their faces, some with their names written on their forehead. The title is taken from Robert Frankâs unreleased documentary of the same name, but whose subject matter was the Rolling Stonesâ1972 tour of the United States.

The exhibit also includes a 130-square-foot âapartmentâ built within the exhibition gallery. It is an example of âapartment artâ which was used during the 1980s in Beijing to show art in a safe place and not a state venue; inside are several paintings including âThe Smokerâ which depicts life in China under Western Imperialism and especially the use of opium which reached its height during the Opium Wars. It shows a culture captured by addiction and cultural subjugation.