GableStage Premieres 'Heisenberg': A Story of Love, Relationships and the Uncertainty of Life 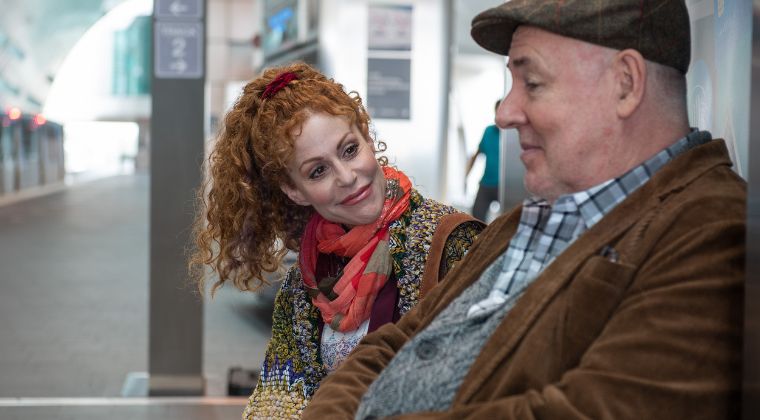 âFor particles exhibiting both particle and wave nature, it will not be possible to accurately determine both the position and velocity at the same time.â
- Werner Heisenbergâs 1927 Principle of Uncertainty.

Directed by Bari Newport and starring Carbonell winner Margery Lowe, and Colin McPhillamy, a graduate of the Royal Central School of Speech and Drama in London (most recently in Broadwayâs "Hangmen" and in South Florida last winter for Jacob Marleyâs "Christmas Carol"), Heisenberg tells the story of an atomic encounter between two strangers, Georgie, a 42-year-old woman, and Alex, a 75-year-old butcher, that thrusts them both into a life-changing game.

âWe wanted to tell an epic story and give the audience an experiential view of the Heisenberg Principle,â says Newport, who joined GableStage as producing artistic director in April 2021 from the Penobscot Theatre Company in Bangor, Maine. âThat means seeing, feeling, and understanding the scientific principle in action.â 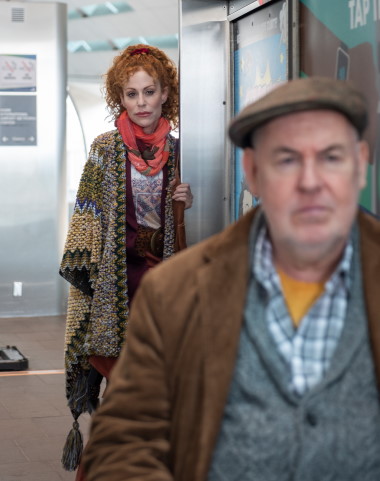 Margery Lowe and Colin McPhillamy in "Heisenberg" at GableStage. (Phot by Magnus Stark)

She describes the play as âa layered study of what it means to be alive.â

âUltimately, oneâs own experience in life is epic, even in the grand scheme of the universe. Itâs epic, godly and divine. If you are fortunate enough to collide with another human being, then you have been gifted the opportunity to go in a totally different direction and your story can change and become epic in a different way,â she says. âThatâs where the magic is.â

She describes what âI became consumed with wanting to identify the Heisenberg Principle within the action of the play,â Newport says. âDramaturgically, we have two characters who make up both elements of the principle: Georgie, who has speed but no anchor, and is unmoored as she searches for her place in the world, and Alex, who is stuck and whose trajectory forward is unclear.â

Coming off a week of intensive rehearsals, Lowe, who has worked with McPhillamy before says, âColin and I are friends in real life and have definite chemistry together. Iâm thrilled to be working with him again.â The two appeared together in âOur Town,â at Palm Beach Dramaworks in 2014.

About the playwright, who she compares to English playwright Tom Stoppard, Lowe says, âSimon Stephens is a deceptively brilliant writer. Just when you think you have it all figured out, thereâs so much more to his layers.â 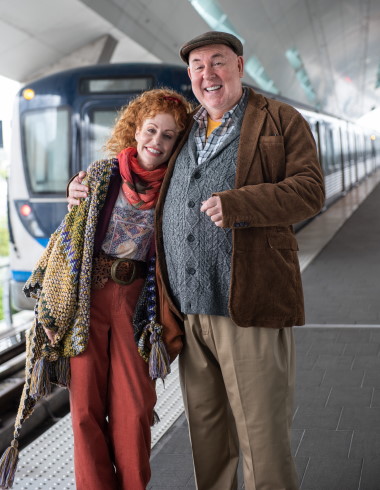 âFor an actor, itâs especially challenging,â she says. âUsually, you have a certainty about your character and their path forward. These roles are tricky for all three of us to figure out how to portray what our characters believe while leaving it open for the audience to interpret.â

âAll of that aside,â says Lowe, âThere are no meth labs, (she jokes, referring to the character âHeisenbergâ on the TV show âBreaking Badâ), you donât have to understand physics, quantum mechanics or science; Stephens uses the Heisenberg Principle as a metaphor for human relationships.â

So, while the title or concept might seem intimidating, Lowe says the play itself is âjoyful, humorous, moving and touching and ultimately, hopeful. Anyone can come see it and find themselves in the play,â she says. âItâs a tribute to knowing that human beings will always be better together than alone. There is literal gravity and there is real gravity, which is the ability to connect to another human being.â

âThatâs something beautiful,â she says.

Opening Night:Â Saturday, Oct. 29 at 8 p.m. Streaming available from Nov. 4 at the same performance times. Preview on Fri., Oct. 28, opening on Sat., Oct. 29, Heisenberg runs until Nov. 20, and will be available for streaming from Nov. 4.

Pre-Show with Bari: Half-hour before each performance, producing artistic director, Bari Newport or another member of the creative team, will deep-dive into the world-of-the-play, outside in the GableStage CafÃ©. Sunday Talk-Back Directly following the first Sunday matinee on Oct. 30, cast and crew will be available for a post-show Q & A with the audience.

General admission tickets available from $35-65, plus fees, at the GableStage box office / boxoffice@gablestage.org or online at https://www.gablestage.org/heisenberg-simon-stephens/ Streaming tickets $22.

GableStage is located on the Front East Side of the Biltmore Hotel at 1200 Anastasia Ave., Coral Gables. Visit www.gablescinema.com or call the box office at (305) 445-1119.