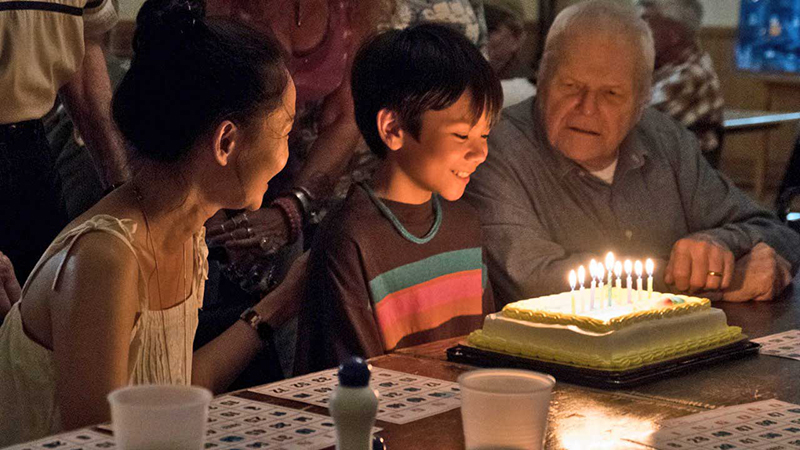 As the world yearns for a time in the very recent past when fear of contagion was not a pressing concern the moment you set foot outside your home, it's only fitting that movies making the rounds on virtual cinemas and streaming platforms reflect this somber mood. Escapist fare has been a go-to reprieve from the grim realities of the COVID-driven news cycle, but also prevalent is the relative popularity of films and TV series that shine a spotlight on the difficult period that follows the loss of a loved one. 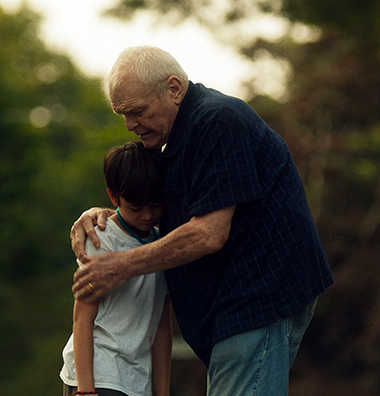 Which brings us to two films in particular: one a recent release originally slated for a theatrical run, the other a 2019 title that became available on Netflix last week. Both titles stand out for what they're able to avoid. They largely sidestep a taxing lugubriousness one associates with this subject matter, and yet refuse to shy away from the blistering pain the characters experience during their trial-and-error attempts to soldier on. They also offer a child's perspective on becoming acclimated to their version of a new normal, and how an unlikely bond, be it with the gruff vet next door or a trio of mischievous supernatural entities, can help bring them out of their funk.

"Driveways": He spends most of the day staring at his tablet screen, so much so that one wonders whether he's surgically attached to it. But that's the way Cody (Lucas Jaye) likes it: walled off from his surroundings. The withdrawn and quiet 8-year-old, nicknamed "Professor" by his mother, Kathy (Hong Chau), has resigned himself to the reality of this hopefully brief visit to a small town in upstate New York to clear out his late aunt's house. 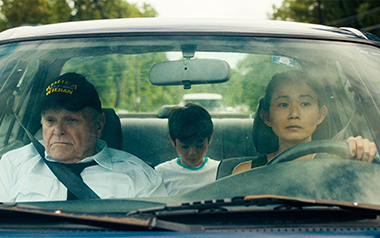 What the single mom and her precocious tyke don't yet know is that Aunt April left behind a home full of junk. Rooms filled with a lifetime's worth of mementos, tchotchkes and way too many other belongings for one person. Kathy lets the hoarding nightmare sink in, while her son can't wait to get as far away from the stinky abode as his mother's wheels and the world wide web can take him. April was just full of surprises, mostly of the unpleasant kind, including one in her bathtub (no spoilers here) that writer-director Andrew Ahn stages and cuts for maximum effect.

Cody's the first one who notices the gray-haired gentleman of a certain age sitting in the front porch next door. What starts out with a pointer on how to use a garden hose gradually develops into a tentative rapport between the boy and April's neighbor, Del (Brian Dennehy). Sure, neighborhood kids pop in, curious about the new arrival, but once it becomes clear that making April's house ready to be put on the market will take longer than anticipated, Cody starts gravitating toward the similarly quiet senior citizen with the Korean War baseball cap. 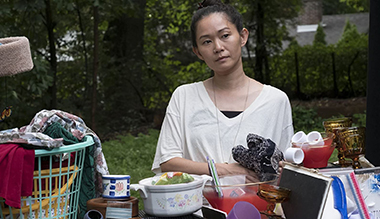 So far, so Sundance-friendly. "Driveways" is a movie that wears its indie integrity on its sleeve, down to the hushed pacing, meticulous compositions and a commitment to capture the flavor of its suburban setting, which looks like a present-day version of a Norman Rockwell painting. Ahn flirts with preciousness almost as much as he did in his debut feature "Spa Night," a notion driven home and underlined by Jay Wadley's obtrusive, overly syrupy music score. I gritted my teeth in anticipation of the moment it would all start to go wrong.

But what's lovely about "Driveways" is that the opposite happens. Ahn transcends the film's Amerindie trappings by sheer storytelling patience. The deliberate pace, rather than deter interest, draws you further into these people's lives, as Kathy gradually reveals unresolved issues and lingering resentments concerning her late sibling, and Cody emerges from his shell, thanks to his budding friendship with Del. The filmmaker trusts the material to unfold in organic fashion. His nicely texturedÂ  mise en scene is a soothing balm, the cinematic equivalent of a good listener. 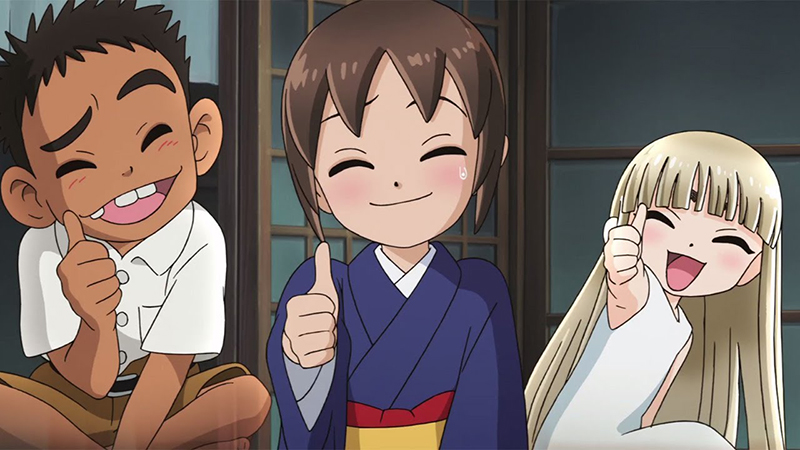 What's also intriguing is that Ahn, an openly gay Korean American filmmaker, appears to allow for a queer reading, positing Cody, if not quite as a stand-in for the director, then as a shy shut-in who's just starting to discover he's not like other boys. Subtle hints are dropped throughout, but once Del reveals his own regrets as a parent, in a speech beautifully delivered by Dennehy in one of his final screen performances (he passed away this past April), it contextualizes this subtext as part of a larger journey toward self-acceptance and growth. Quite a feat for an 83-minute character study that, I assure you, is small only in size. 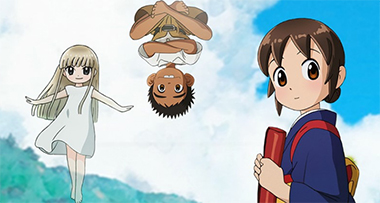 "Okko's Inn": If "Driveways" dramatizes a woman's grieving process through the point of view of a child who's not directly affected by her loss, this lyrical and playful anime feature takes away any safety net. Sure, dead parents have driven many a tale geared toward younger audiences, but it's less common for these texts to focus on death's emotional toll on children the way director Kitar Ksaka does in telling the story of his titular character, voiced by Seiran Kobayashi. Oriko, also known as Okko by those close to her, goes from enjoying a weekend trip with her parents to losing them in a pretty frightening chain-reaction highway crash. 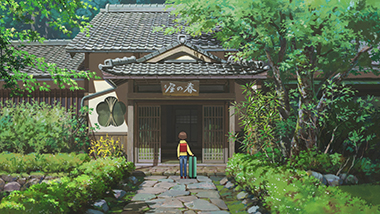 That Ksaka, who adapted a series of children's novels with screenwriter Reiko Yoshida, cuts away just before the moment of impact is a great mercy, but that doesn't mean he soft-pedals his protagonist's anguish. The coping mechanism he comes up with, for Okko and his viewers? Friendly ghosts. Think "Coraline" by way of Studio Ghibli.

Okko, bearing anime's trademark large twinkling saucer eyes, goes to live with her grandmother Mineko (Ichirysai Harumi) at the Hananoyu Inn, which the matriarch has run for decades. This city girl is shocked to find icky critters like spiders and geckos, and she just. Can't. Deal. She's also startled to find a boy apparition in her room. Uribo (Satsumi Matsuda), in turn, is just as astonished that someone can actually see him. 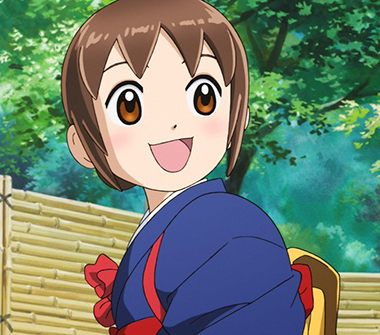 The voice of Seiran Kobayashi in "Okkos Inn."

Anyone who has started a new job while experiencing personal upheavals will be able to relate to what happens next, as Okko reluctantly agrees to help Grandma run things. Ksaka structures each of the girl's interactions with her guests as a test of her mettle, not unlike Chihiro's trials in Hayao Miyazaki's "Spirited Away." Along the way she discovers Miyo (Rina End), a girl ghost who's more standoffish and confrontational than Uribo. She also butts heads with Matsuki (Nana Mizuki), an entitled and uptight classmate whose family runs a rival (and more upscale) inn nearby. But my favorite is Suzuki (Eysuko Kozakura), a young demon that Okko unwittingly frees to cause mischief and eat the guests' food, a lot of it.

It's no accident that the loopy and whimsical series of events recalls Miyazaki's work. Ksaka collaborated on some of the auteur's most well-known works, including "Spirited Away" and "Ponyo." But Ksaka's sensibility is zippier, less pastoral, and that enables the director to keep the tone light and sunny while never losing sight of Okko's inner turmoil. An effectively tense scene shows Okko finding out too late that she's not quite ready to be a car passenger just yet. But just to give you an idea of how unflappably bright "Okko's Inn" is, Ksaka follows up that scene with a sequence of shopping therapy, complete with delightful changing room montages. Do you know what's wrong with these sugar-rush flourishes? Absolutely nothing.

"Okko's Inn" is now available to stream on Netflix. (Dooo iiiit!) "Driveways" is available through various streaming platforms, including iTunes and Amazon Prime Video, but the best thing a local movie lover can do these days is help out your local arthouse.

You can currently access it as part of Coral Gables Art Cinema's Virtual Screening Room.

For more information, go to www.gablescinema.com/events/driveways. 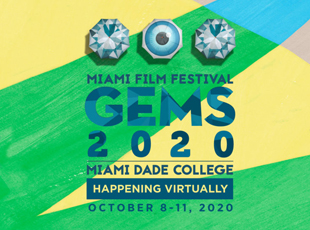