Looking for some live theater this weekend? South Florida has some of the best playhouses and two new shows top the list of what to see.

Island City Stage closes its award-winning second season with the poignant and searing drama "The Pride" by Alexi Kaye Campbell.

The original production of drama "The Pride" at Londonâs Royal Court Theater was awarded the Criticâs Circle Prize for Most Promising Playwright as well as the John Whiting Award for Best New Play and a Laurence Olivier Award for Outstanding Achievement.

Betrayal, guilt, identity and passion are at the core of drama "The Pride" as it unfolds separate but parallel love triangles among Oliver, Philip and Sylvia, which alternate between 1958 and 2008. The play explores the trioâs complex, tumultuous relationships as it shifts from the repression of the 1950âs to the hyper-openess of the modern era and back again with both sets of characters separated by a half a century. They share the same names but wildly different relationship issues. Added to the tension are a pseudo-Nazi sex partner, a doctor specializing in gay aversion therapy and a crass magazine editor providing further obstacles with which the trio must confront.

The production runs through June 22 on Thursdays, Fridays and Saturdays at 8 p.m. and Sundays at 5 p.m. at Empire Stage, 1140 N. Flagler Drive, Ft. Lauderdale. Tickets are $30 and may be reserved at islandcitystage.org or by calling the box office at 954-519-2533. 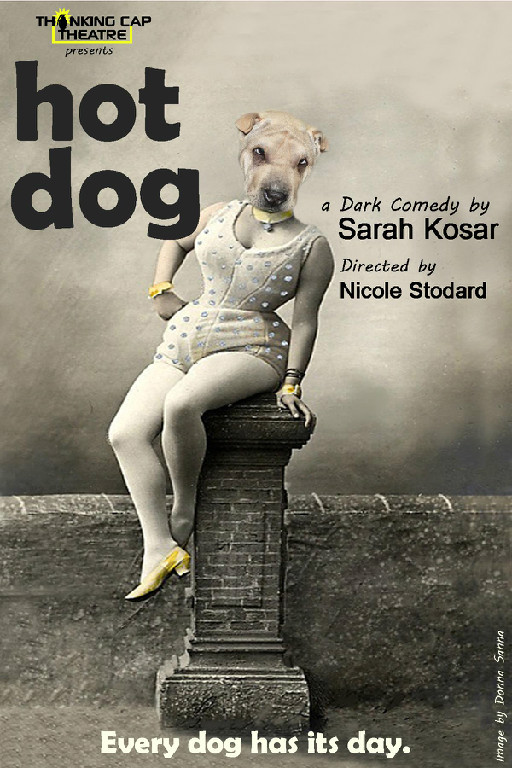 An absurdist dark comedy in the vein of Edward Albee and Samuel Beckett, the play centers on Maryanne, a long-suffering daughter fed up with caring for her very demanding, elderly mother, whoâs literally become "the Dog" next door. Desperate for a new leash on life, Maryanne recruits her sister, Carol, to return home and take over. What ensues is a funny, disturbing, and thought provoking exploration of family dynamics and what it means to give and receive care.

Kosar is an American writer for stage and screen living in London. Her play hot dog received its world premiere in March 2013 at The Last Refuge, London and was produced by Decent and published by Playdead Press. Pennsylvania State University has included the play in the syllabus for its Women in Theater course.

She recently worked as a Hampstead Theater Associate Writer with Theater Centre as part of Skylines, an initiative for writers to create work for young audiences. She also wrote Hashtag, a short radio play in conjunction with Hampstead Theater and Roundhouse Radio for 12 to16 year olds.

In America, her first play Phyllis was selected and published for The Cultural Conversations Festival in State College, Pennsylvania.

About the Production Image by Donna Sanna

The vintage anthropomorphic image you see above (entitled "Bebe") is the work of artist Donna Sanna. "Bebe" and several other images by Donna will be available for purchase at hot dog performances for $12. The 5X7 images are signed by the artist.

Born and raised in the suburbs of Philadelphia, Sannaâs anthropomorphic digital artwork can be found in a myriad of public and private art collections. Most notably, in 2011 "Ramsey" became part of the permanent collection at the Rochester Museum of Fine Arts in New Hampshire.Â