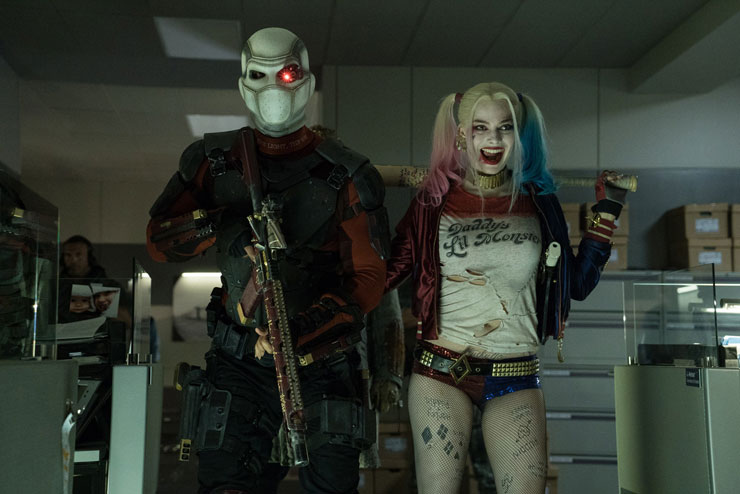 âSuicide Squadâ is the vapid poseur of comic book tentpoles, a Hot Topic store of incoherent storytelling and chest-thumping swagger. It's a Frankenstein monster made up of intriguing elements haphazardly stitched together to exude a foggy miasma meant to convey menace, but about the only thing it succeeds at is laying bare a wince-inducing ineptitude behind the camera.

In other words, this big-budget adaptation of John Ostrander's DC Comics title, Warner Bros.' great multicultural hope to seize a large chunk of that summertime moviegoing dollar is, let's not mince words here, a hot mess. A huge letdown, undone by a profound identity crisis marked by a tendency to alternate between goofy stabs at humor and stern-faced drama. It's an anti-superhero tale peppered with action sequences so poorly constructed that they rip the movie apart at the seams. 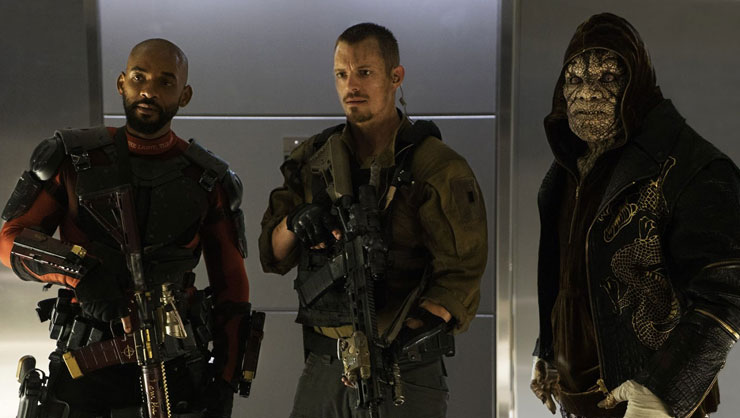 All dressed up with nowhere to go, the nasty evildoers-turned-government-grunts at the center of this underachieving fiasco swear, pout and wreak havoc, not necessarily in that order. They've all been caught and cuffed, and are rotting away in a Louisiana penitentiary when our overwrought spectacle opens. It doesn't take a nefarious mastermind to figure out these baddies with superpowers are doubly enchained. Their real prison is a plot so malnourished and unimaginative that it threatens to send Tinseltown's tentpole factory back to the Dark Ages.

That it's not a complete disaster can be attributed to spot-on casting, as well as writer-director David Ayer's admirable, if frequently erratic, attempts to make you root for the bad guy. Say what you will of this bipolar production: Before it comes crashing down, it boasts glimmers of roguish charm. At first, the film's mood swings, particularly when Ayer ("Fury," "Sabotage") is introducing the titular motley crew, are actually kind of thrilling and, to this reviewer, reminiscent of the tonal high-wire act in Richard Rush's "The Stunt Man." 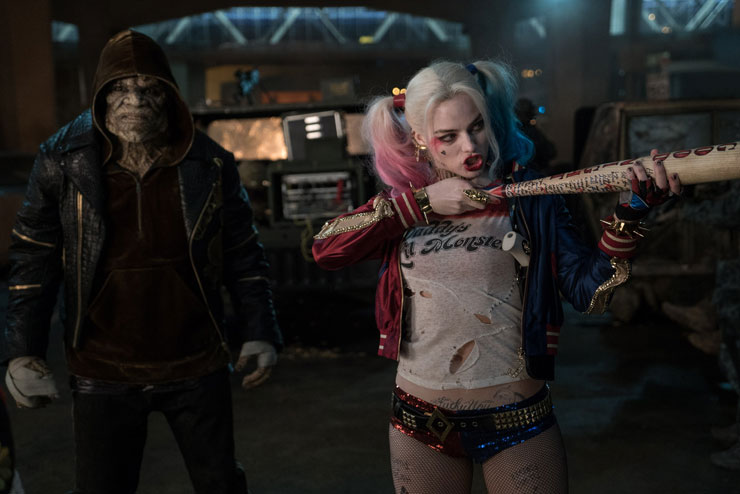 If there's a main figure in this ensemble piece, it's hired gun Floyd Lawton (Will Smith), better known as Deadshot, the deadliest marksman ever to walk the streets of Gotham City. His Achilles' heel comes in the form of his daughter Zoe (Shailyn Pierre-Dixon), the only person who detects there's still some decency left in him, and the reason Batman (an unbilled Ben Affleck) is able to bring him in.

âSuicide Squadâ's most iconic player, though, is Dr. Harleen Francis Quinzel (Margot Robbie), a psychiatrist at Arkham Asylum (i.e. Gotham's nuthouse for cuckoo criminals) who makes the mistake of falling for one of her patients. That would be The Joker, played here by Jared Leto as a gangsta thug with grills and tattoos. It's not a flattering look, but it's not one you'll have to get accustomed to. His role amounts to little more than a plot device. (There, there, Joker fans. You'll get over it. This rickety contraption's overstuffed enough as it is.) 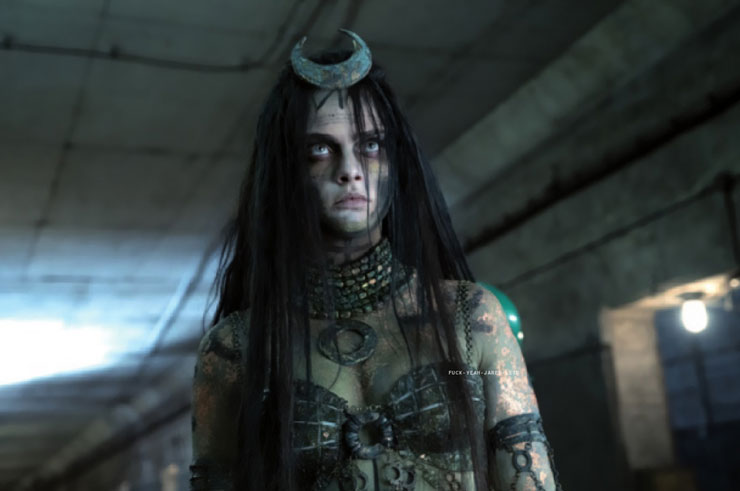 Love for a bad boy lands the emotionally vulnerable doctor, aka Harley Quinn when she suits up, in the slammer. She's so dangerous she gets her own cage a la Hannibal Lecter (as well as her own anthem, âYou Don't Own Me,â which amounts to what passes for wit in an otherwise obvious song soundtrack). As it happens, she won't have to spend too much longer behind bars. She joins Deadshot and a handful of one-dimensional baddies on a mission shepherded by shady government official Amanda Waller (Viola Davis in badass mode). It seems one of their recruits, an ancient sorceress who has taken possession of wholesome June Moore (âPaper Townâ's Cara Delevingne), has joined forces with another (deity from a similarly supernatural origin to pose a threat to humankind. It's up to Deadshot, Harley and the rest of the members of âTask Force Xâ to fight their own urge to unleash their own brand of chaos to stop her, in exchange for a unspecified form of leniency on their prison sentences.

Getting to this point in the narrative ought to be fun, but there's a reason why the marketing for âSuicide Squadâ has omitted its otherworldly aspect: because it's irredeemably lame. Half-assed. Half baked. And yet it all feels like too much, because Ayer is saddled with juggling all kinds of supporting villains-turned-hired goons. There's Boomerang (Jai Courtney, aiming for that Tom Hardy gruff), wait for it, throws deadly boomerangs, and also has a penchant for plush unicorns. There's also Diablo (Jay Hernandez), a walking stereotype with a fearsome ability to generate fire, a face tattooed to resemble a skull and a tendency to recycle âvatoâ clichÃ©s straight out of a third-rate telenovela. I haven't even gotten to Killer Croc, a reptilian variation on Fantastic Four's The Thing that amounts to a waste of actor Adewale Akinnuoye-Agbaje's talents. 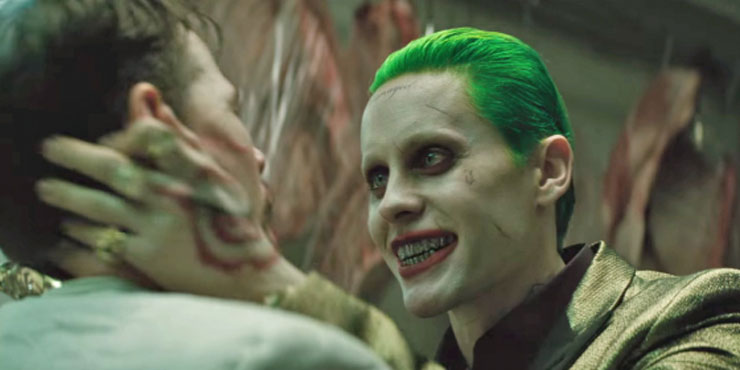 I could go on, but haven't you heard enough? That's right, I'm talking to you, fanboys. Snap out of it! Wake up and smell the java. âSuicide Squadâ is a wash. Deal with it. Don't blame the critics who point out, accurately, the film's myriad shortcomings Blame studio meddling for the neutered nature of much of what's unfolding onscreen. If it plays like an R-rated movie inelegantly trimmed to achieve a more multiplex-friendly PG-13, that's because it is precisely that. Blame composer Steven Price (âGravityâ) for a bombastic score that seems to belong in a different movie. Blame cinematographer Roman Vasyanov for making the film look as it it had been shot with grimy, mud-caked lens. But well beyond that, demand accountability from Ayer. There are too many missed opportunities here to argue the film would improve all that much if its director had been allowed to retain the more violent footage. I'm sensing this is a disappointment in any shape or form the studio serves it up down the line.

Earlier this year, I got some perplexed stares when I told some of my peers I liked âBatman v Superman: Dawn of Justice,â warts and all. Unlike âSuicide Squad,â which shows the DC Extended Universe in creative free fall, at least that film had an aesthetic consistency that held together even as if dense narrative ultimately unraveled well before final fadeout. Moreover, director Zack Snyder was emboldened by the courage of his convictions, something that Ayer loses somewhere along the way as he struggles to get from Point A to Point B. It becomes painfully obvious that he's in way over his head. 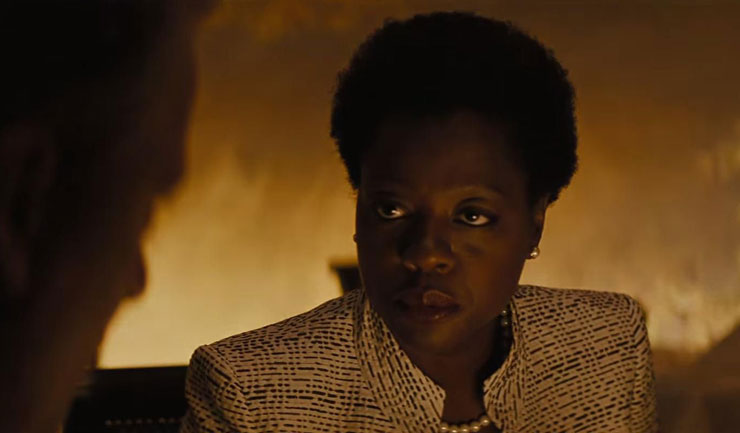 Even worse, he's somehow expecting us not to notice the magnitude of his folly. Listen up, buster. We have, and it's not a pretty sight. It's downright ugly. And as large-scale moviegoing experiences go, it's one of the most unforgivable misdeeds you can commit.