Life, Liberty And The Discreet Queerness Of 'America'

Oshrat Ingadashet in a scene from "America." (Photo courtesy of Menemsha Films)

It's okay to be afraid to take the plunge, whether you want to take a chance on someone, confront old demons, or in the case of âAmerica,â a new Israeli drama with an improbable but strangely fitting title, literally take to the water.

Writer-director Ofir Raul Graizer's lyrical portrait of loneliness and the fragility of life features an early scene that shows Eli, a Chicago-based swimming tutor played by Michael Moshonov, gently coaxing a boy afraid of the water.

âOnce you let go, then you can float,â the soft-spoken teacher says, a line that reverberates throughout Graizer's novelistic, tightly constructed sophomore feature, which is making its Southeast U.S. premiere as part of the 26th Miami Jewish Film Festival.

âAmericaâ serves up a triangle of sorts not dissimilar from the trio driving âThe Cakemaker,â Graizer's acclaimed predecessor. Still, for a film that predominantly takes place in Israel, the choice of title sticks out. It began to gnaw at me.

[RELATED: An interview with the documentary filmmakers of "Stabbed in the Back."]

So I asked Graizer about it. The Jan. 5 Skype call to Tel Aviv was made just as âAmericaâ was about to open in Israeli cinemas: an overnight conversation for this nocturnal critic and morning chatter for the globetrotting filmmaker.

âAmerica in the film is something about longing and about a dream,â the 41-year-old says in his soothing tenor. âLike, for Eli, America is the place he went to in order to build his own life and create a new identity and create a new name and basically escape from who he, let's say, was meant to be or supposed to be.â

âEscape.â The very word I jotted down when I first viewed the film.

A death in the family brings a reluctant Eli back to a home country he no longer wants any part of, suggesting a dark, traumatic past. He is reunited with Yotam (Ofri Biterman), his recently engaged childhood friend, and meets Iris (Oshrat Ingadashet), Yotam's Ethiopian fiancÃ©e, a florist and landscape artist.

Ofri Biterman and Michael Moshonov in a scene from "America." (Photo courtesy of Menemsha Films)

A man's return to his hometown and the life he left behind is such an intrinsically American story, that I pointed out to Graizer the way he turns the perennial âyou can't go home againâ tale on its head by setting the bulk of his film away from America, but Graizer says this particular theme is universal in nature.

âIt is an inversion of it (but) it is a universal these that you can find anywhere, this thing that we grow up, and we kind of want to have our own destiny. We want to get out of where we came from,â he says.

Before he set foot in the United States, Graizer says, America was an alluring destination that felt worlds away.

Oshrat Ingadashet in a scene from "America." (Photo courtesy of Menemsha Films)

It wasn't until Graizer was 38 that he finally made the journey across the Atlantic while touring with âThe Cakemaker,â another intriguing character study about lonely people whose lives intersect.

Like many filmmakers from other countries, the U.S. acted as a muse for Graizer. In this case, America planted the seed for âAmerica.â

âI arrived in Chicago, and this encounter with this place that was always, for me, kind of like a fantasy, being in the real place, speaking to the people and getting acquainted with the culture ... set me off to write a story about someone who is going there in order to re-create his life but then is forced to come back to the place he came from,â he says.

âAmericaâ has drawn comparisons to the work of Pedro AlmodÃ³var in general and âTalk to Herâ in particular, not just in the way a calamity is able to bring people together in devastating and transformative ways, but in the way Graizer uses interior and exterior spaces to convey his characters' state of mind.

âWe really wanted to have homes and spaces that are very connected to the essence of the characters, and the main thing was the color, of course, that each character has their own color,â says Graizer. âThis comes through, not only in the characteristic of the person, of their humanity and their values, who they are, but also in the clothing, in the props, like in the small details but also in the larger details.â

In the case of Iris, Graizer says, her flower shop was like a forest awash in saturated hues.

âWhen we did the shop, the idea was to have her build a forest. She lost her roots; she doesn't have any roots anymore, so she wanted to plant her own roots again and build a forest around her,â he says.

Enhancing the epic nature of the story is the film's extreme long shots, which sometimes show the characters reduced to specks, dwarfed by the vastness of their surroundings.

âThe thing that I like about the long shot is the extent of what it's telling, that you have a person inside a bigger space. He's like a part of it,â he says. âWhen I have a long shot, the context for me is, it adds different layers into the story.â

One layer that has drawn attention is the notion that âAmericaâ feels less queer than âThe Cakemaker.â This is the part where Graizer stops me and wants to make something clear: just because things are alluded to as opposed to not being fully out into the open doesn't mean that they're not there or that they're not important to the story. 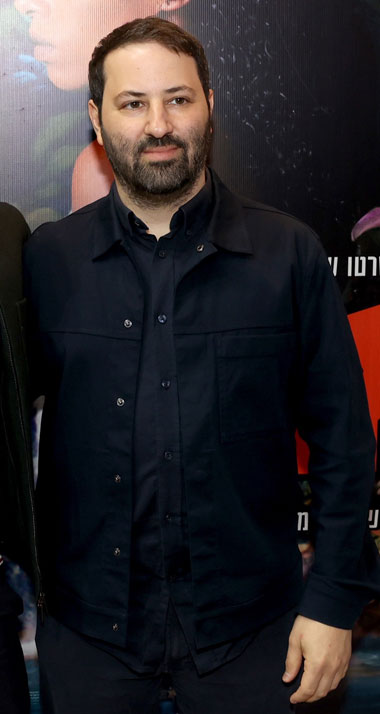 Case in point: the close friendship between Eli and Yotam, conveyed in body language that is alternately subtle and clear as day. The question arises: was the ambiguity deliberate?

âI wanted to convey that the relationship is more than mere friendship. There is something about the connection that is so strong, so powerful, almost spiritual, like people going through the trenches in the war. This is how I see them,â he says. âThe connection is so deep that it's beyond just friendship, and there are a lot of things that aren't said, but they both understand it and they know it.â

The literary reference that served as Graizer's inspiration for the men's fierce bond comes, not from a queer author, but from J.R.R. Tolkien.

But Graizer doesn't stop there. An accident that further propels the narrative gives way to a visual homage to âThe Return of the King.â

âThe scene where (Eli) is carrying (Yotam), just like in Mordor. I really wanted those shots, I wanted the same shots of Sam and Frodo, because I think this relationship is, like, fighting evil together,â he says. âThis battle for survival and sacrifice, I think it's all a part of it. Adding to that, there is a secret that they share, but I feel like it's their secret. Those characters, they have an existence beyond what's happening on the screen, and I feel like I have to respect them. This is their secret, and I let them have it.â

As for viewers who might be disappointed by the dearth of concrete revelations when it comes to Eli and Yotam, Graizer says he is aware America'sâ withholding of answers might be frustrating for some.

âI'm openly gay; I don't hide it. As a filmmaker, I'm not hiding it, and I don't need to define the characters in a way that fits one of two identities. For me, everything is fluid,â he says.

Fluid, like the abrupt and unpredictable turns life takes. Fluid, like those people who come in and out of our lives, the ones you hold on to in order to weather the storm.

âIt's the essence of this connection, this deep connection which is stronger than everything else. I don't need them to kiss or whatever,â he says. âI think the movie is super queer. The colors and some elements, there are some elements that, to me, are super buoyant and queer and gay that I don't think a hetero director would do it today.â

âAmericaâ is a richly textured tapestry of hope and despair, inner turmoil and acceptance. While there is sadness in what the characters endure, my interview with Graizer led to a happy encounter as unexpected and unpredictable as a scene from his film. 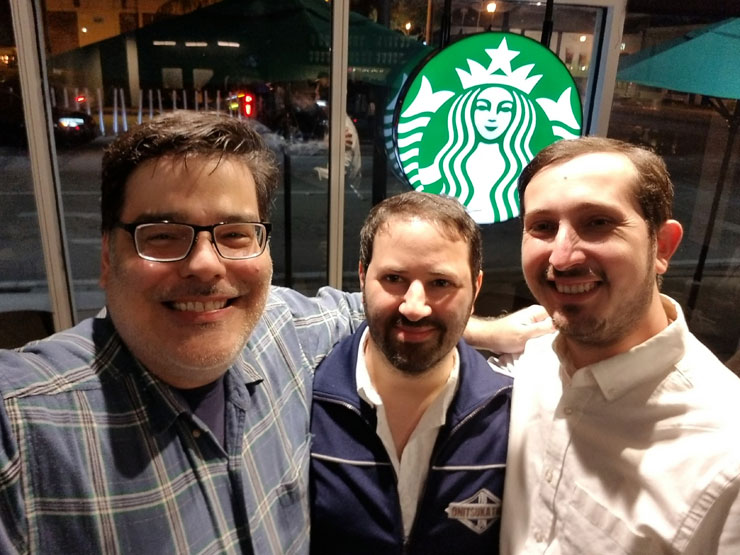 On Tuesday, as I was working on this article at the Starbucks in Miami Shores, I looked up from my table to find Graizer, accompanied by MJFF Executive Director Igor Shteyrenberg. We embraced and caught up with one another. Much like his characters, we were simply content just to be sharing this time together. I didn't have the heart to tell them that all I had at that moment was a headline and a dream.