Film Makes Its Premiere at the Miami Jewish Film Festival 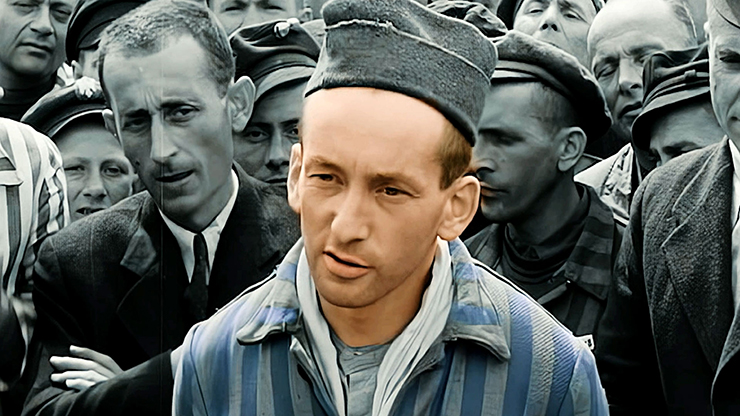 "Stabbed in the Back" makes its world premiere at the Miami Jewish Film Festival. (Photo courtesy of the filmmakers)

"Stabbed in the Back" tells the story of 500,000 Jewish soldiers who served in the Central Powers (Germany, Austria-Hungary) armies during World War I, and were then sadly persecuted two decades later during the Holocaust.

The film screens at 7 p.m. on Wednesday, Jan. 18, at O Cinema South Beach and will also be available to stream on the festival's digital screening room from Jan. 19-25.

"Stabbed in the Back" co-directors Peter K. Rosenbluth and Peter Banyavari will introduce the film at the South Beach event and participate in a Q&A following the screening.

"We want to fight antisemitism with this film," Rosenbluth said in an interview. "On the other hand, I think this film is showing the Holocaust from a new point." 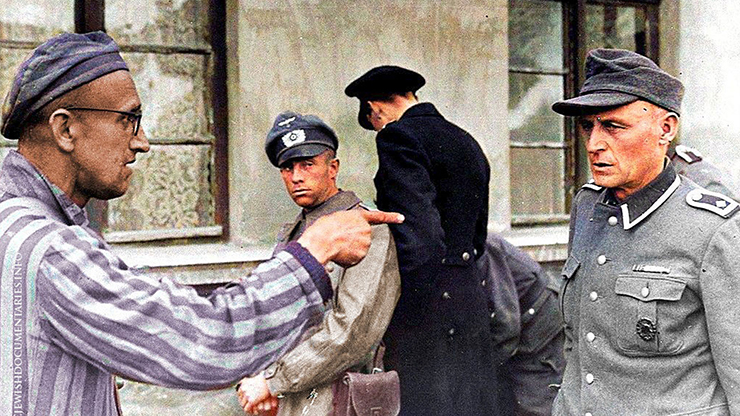 A still from the film "Stabbed in the Back," which makes its world premiere at the Miami Jewish Film Festival. (PHoto courtesy of the filmmakers)

Rosenbluth said that while everyone knows about Anne Frank, he mentioned that her father Otto Frank served in the German army in World War I, a fact many people may not know.

"He was even wounded, and bled for Germany," Rosenbluth said of Otto Frank's service.

After loyally serving Germany, Otto Frank was forced into hiding,Â  with the Germans murdering his wife and children.

"What we do is we tell their (soldiers')Â  stories in a very informative and a very visual way, but we want to portray the Holocaust in a different perspective so the memories of these people and of the victims will not disappear," Rosenbluth said.

They use color footage throughout for impact.

Banyavari adds: "These are really touching stories, and portraying their lives in color with these color techniques can really show people that they were living a colorful way and they were living in a real world." 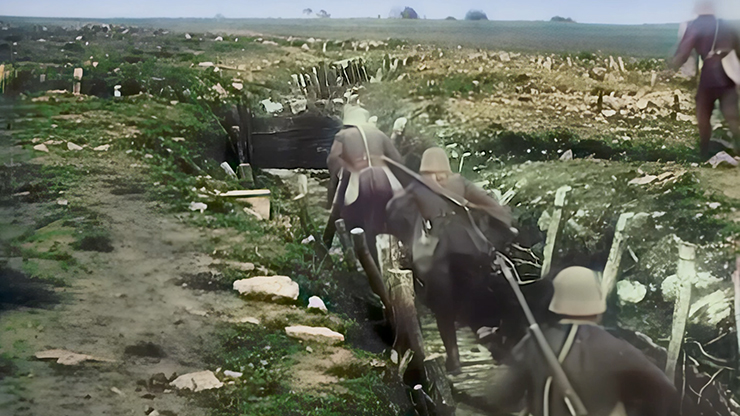 "Stabbed in the Back" uses colorized footage to illustrate the story of Jewish soldiers who served during World War I and then were persecuted during Holocaust. (Photo courtesy of the filmmakers)

Banyavari and Rosenbluth believe there is a general interest for colorized documentaries, and that "Stabbed in the Back" is appealing for both Jews and non-Jews.

"This film is interesting for Jews because even many Jews don't know much about their own ancestors in World War I," Rosenbluth said. "On the other side, the Holocaust is the biggest genocide in the world. It is something everyone has to know, not just Jews but the whole world."

For Banyayari, documentaries are the way to share "so many stories . . . with the world."

"I believe this documentary can bring all of these facts to people, and they can imagine how the Jews in the film lived their lives and contributed to their countries and society."Â

Rosenbluth and Banyayari said the timing couldn't be better for their film to make its world premiere. 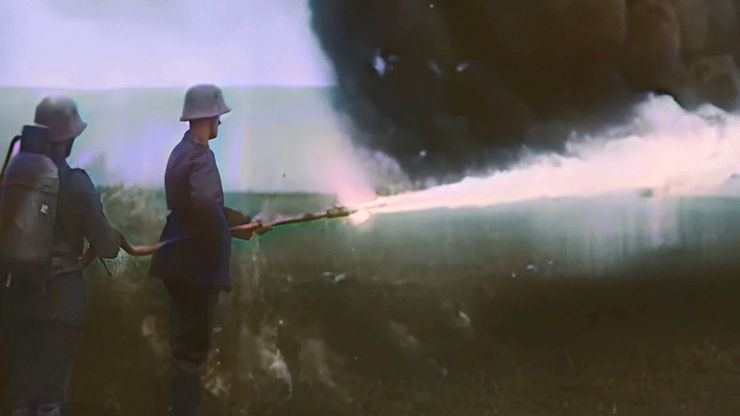 "Stabbed in the Back," which uses colorized footage, premieres at Miami Jewish Film Festival. (Photo courtesy of the filmmakers)

"It's extremely timely, because when you hear of the motivation of people who commit antisemitic crimes or race crimes, most of them have no idea about who the Jews are, or who the Blacks are," Rosenbluth said.

"They just listen to conspiracy theories on the internet, so it's important to bring this film to the screen at such a prominent festival like the Miami Jewish Film Festival and to tell this story, because it will educate people. It's also entertaining with the visualizations, but it has a very strong message. It's also very informative."

Banyayari said: "It's very sad to think that 80 years after the Second World War, antisemitism is still an issue."

"It sometimes feels like the world didn't learn anything about this torture and massacre which occurred in the 1940s, and that's why I think these movies and topics never get old. There's always a time to bring a new perspective in portraying the Holocaust, and I think the Miami Jewish Film Festival is a huge opportunity to bring new facts and more interesting stories."

"Stabbed in the Back" premieres at 7 p.m. Wednesday, Jan. 18, at O Cinema South Beach,Â 1130 Washington Ave, Miami Beach, and will also be available to stream on the festival's digital screening room from Jan. 19-25. For tickets and information, go to miamijewishfilmfestival.org. The 26th annual Miami Jewish Film Festival is currently taking place through Jan. 26, 2023.