Josh Fox, an Oscar-nominated and Emmy Award-winning filmmaker known for taking on the oil and gas industry in his 2010 HBO documentary "Gasland,"Â  is bringing his performance show, âThe Truth Has Changedâ to Miami as part of MDC Live Arts Eco Cultura Program, a series of performances designed to address global environmental issues. 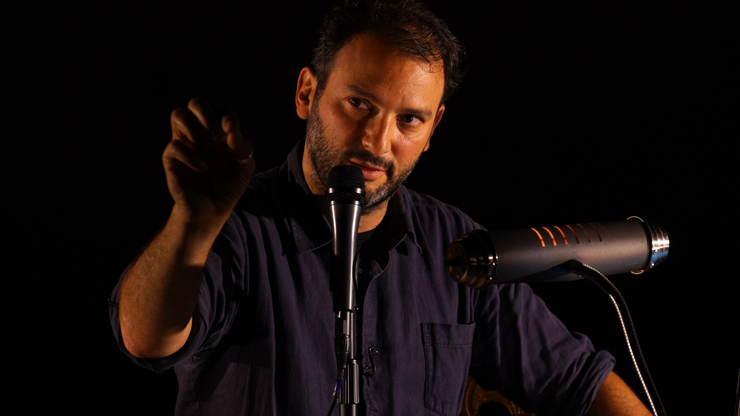 Fox, 47,Â  is also the founder and artistic director of a film and theater company in New York City, International WOW, founded in 1996.

Eco/Cultura, a new series of performances featuring dance, theater, spoken word, and music to spark action, advocacy, and dialogue around local environmental challenges, kicked-off in 2019 withÂ MiwaÂ MatreyeâsÂ âInfinitely Yours & Myth and Infrastructure,â which juxtaposed animation and live performance,Â to explore the impact humanity has on the earth and its inhabitants.

Asking, what part can we play toÂ mobilize changeÂ andÂ create a positive impact, the series culminates in April with EcoCultura Fest and National Water Dance on Virginia Key.

âEco-cultura is a new initiative to place the arts at the center of the conversations we need to have around climate issues,â says Kathryn Garcia, executive director of MDC Live Arts.

âArtists have a special position in our society to effect a difference,â she says. âThey are in a position to mobilize and advocate for change.â

She selected Fox, fresh off a performance, albeit a controversial one, at New Yorkâs Public Theatre in January, after watching him perform on-line.

âJosh is a riveting storyteller,â Garcia says. âHe captures the complex nature of factors and offers a call to action while inspiring hope.â 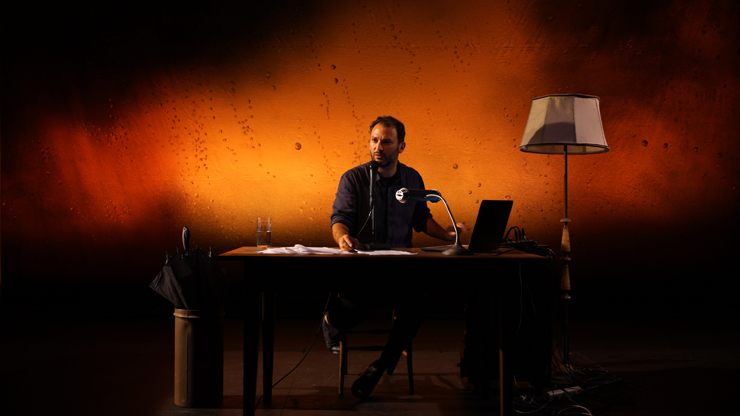 Fox made his environmental bona fides with his "Gasland" documentary, investigating the oil and gas industry, specifically hydraulic fracturing, known as fracking. His interest developed organically, as oil industry executives attempted to purchase his familyâs land in Pennsylvania for $100,000 to mine for natural gas.

Instead of taking the offer, Fox set out to investigate their heavy-handed approach and methods of obtaining natural gas from the ground and the impact it left.

His exposÃ© of their methods and the potential hazards to the environment fracking caused, put Fox in the limelight as an environmental crusader but made him a target of right-wing climate deniers and those on the opposite ends of the political spectrum.

â 'Gasland' has been effective in catalyzing an anti-fracking movement,â says Fox by phone from New Orleans, âdespite efforts from the right to smear me.â

He claims that Steve Bannon and Andrew Breitbart (who died in 2012) targeted him in an effort to discredit him and his message.

He says that the oil and gas industry are now major players in the Trump administration and, according to Fox, are intentionally destroying our ability to understand what's true.

"The Truth Has Changed" is also a book and film detailing Foxâs assertions that truth on a variety of issues is being eroded and manipulated and through a concerted effort of misinformation, propaganda and social media psychographics, we are being manipulated and conned.

âWe have to fight for the truth,â says Fox, who considers himself not only an environmentalist, but a filmmaker, reporter, performer and activist. With a degree in theatre and performing since the age of 10, Fox says that moving to documentaries was a natural step for him, unifying all his interests.

âThese issues are deeply emotional and personal to me,â says Fox who has been involved in everything from 9/11 to the BP oil spill in the Gulf of Mexico in 2010 to the Keystone pipeline crude oil spill in 2017.

In "The Truth Has Changed," Fox says, âMisinformation has become more prevalent than fact. Propaganda, more popular than journalism. Psychographics have taken over social media and oligarchy has supplanted democracy.â

He voices concern that the mechanisms of journalistic Integrity are eroding and many media outlets are becoming partisan and taking sides. He bemoans the fact that Facebook and Mark Zuckerberg have declined to monitor the truth in presidential ads.

It is these messages Fox hopes to convey to his Miami audience.

He says it is no coincidence he is coming before the Florida primary and one of his goals is to create dialogue around these issues and mobilize voters, hosting a question and answer panel after his performance, moderated by local organizations working for social and climate justice.

Passionate about the issue of climate change, Fox notes that Florida, especially Miami and South Florida are Ground Zero for sea level rise and other climate changes.

âIf we don't pay attention to this issue and endure four more years under the current administration, that would be a death knell for south Florida,â says Fox unequivocally. 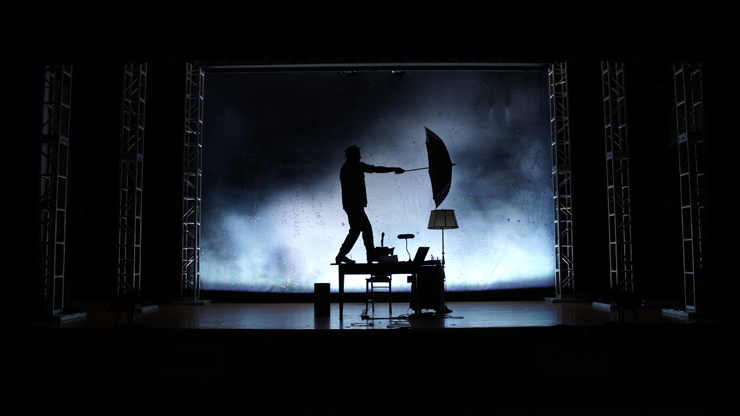 Whatâs next for Fox?

With his eye and finger on the pulse of social issues, Fox says heâs not sure, but asserts, âI'm paying attention.â