Baker's The Aliens Theatre of the Future? 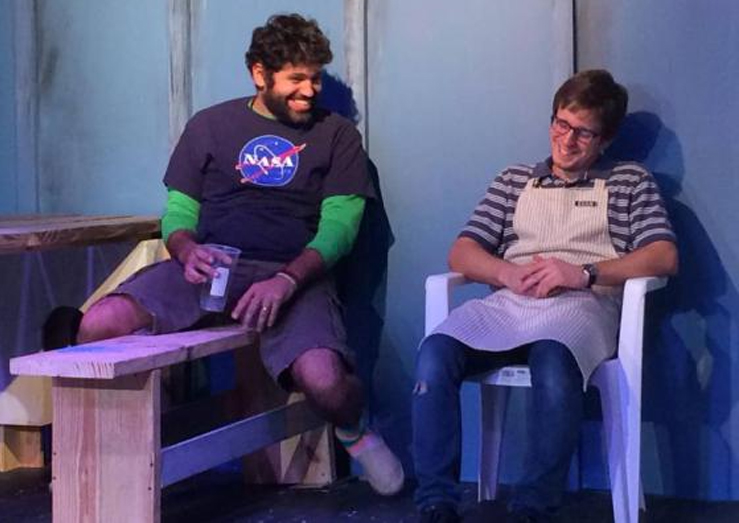 Playwright Annie Baker won the 2014 Pulitzer for drama with The Flick and has won acclaim for her other work, including The Aliens, now opening the Alliance Theater's tenth season.

Good for her, but at intermission on opening night at Barry University's Pelican Theater, my over riding thought was: when does this play actually start? We'd been treated to some excellent acting by Carlos Alayeto, Kristian Bikic and Daniel Gil, Adalberto Acevedo's direction was just right, but it seemed nothing had happened.

Lights up and KJ (Alayeto) and Jasper (Gil) are in the back yard of a local cafe/bar. KJ is sprawled on a homemade wooden table and Gil is on a bench. KJ sings scraps of litanies, formulae and rock lyrics at Gil. KJ twitches, scratches and lurches. Gil stares off into space, bemoaning the loss of his girl friend. KJ is a college dropout (math and philosophy), shaggy haired and heavily bearded. There is exposition and talk about off stage events. There are long silences. Evan (Bikic), a high schooler, brings a bag of garbage out of the cafe and puts it in the trash can. He is nervous. His Mom rules. The two older boys, men, actually, are trespassing. He tries to tell them to leave. They laugh at him. KJ offers him a sip of his drink, a soda full of dubious tablets. They chat. They smoke. Time passes, slowly. Evan tells them he is going to camp as a counselor. Evan exits and returns, carrying the trash. A lot. Jasper reads from his unpublished novel. KJ and Jasper invite Evan to watch the July 4 fireworks with them. Evan gains confidence. More trash is hauled.

And the plot? The two older men change the life of the younger, giving him much needed self confidence? Not much there, but there isn't meant to be. It's a slow, introspective piece and if that means mundane dialogue and doped up ramblings, so be it. Knowing and liking Charles Bukowski helps. Annie Baker is bringing us the theater of the future? I hope not.

Acevedo started The Alliance Theater Lab in 2005 and has produced and directed some stunning work. What has always been evident is his ability to to get the very best out of relatively inexperienced actors. And he's done just that with The Aliens. These guys are good. Acting ten, writing three. Go see it.

The Aliens is playing through Oct. 4 at the Pelican Theater on the Barry University campus, 11300 NE 2nd Avenue, Miami Shores. 786-587-0372 www.thealliancetheaterlab.com 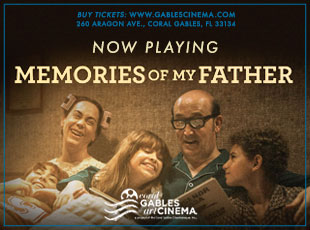