Why Is the Magic City Drowning? 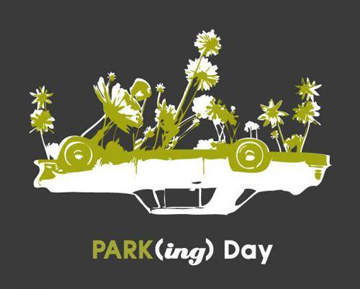 Miami is drowning, not in money, high-rises, or luxury cars, but something much more ominous: a heated ocean. Swampy crocodile-inhabited canals lined with mangroves connect the city of pink flamingos, royal palms, and white-limousine dreams like arteries, emptying into the sea, the heart of the city. Since the 19th century, sea levels have risen about 10 feet. By the end of this century, scientists expect sea levels to rise up to four feet, depending on the extent of global warming. Lying just above sea levels, no more than ten feet, most of Miami faces floods. And floods are just the beginning of what may turn the beloved Magic City into a water wasteland straight out of an apocalyptic sci-fi film.

Some people, especially those subject to recent floods on Miami Beach, have already started to perceive the effects of rising sea levels and to take action. "Climate change is no longer viewed as a future threat round here," said atmosphere expert Ben Kirtman, of the University of Miami. "It is something that we are having to deal with today." For this reason, around $1.5 billion is to be invested in projects aimed at holding back the rising waters on Miami Beach. 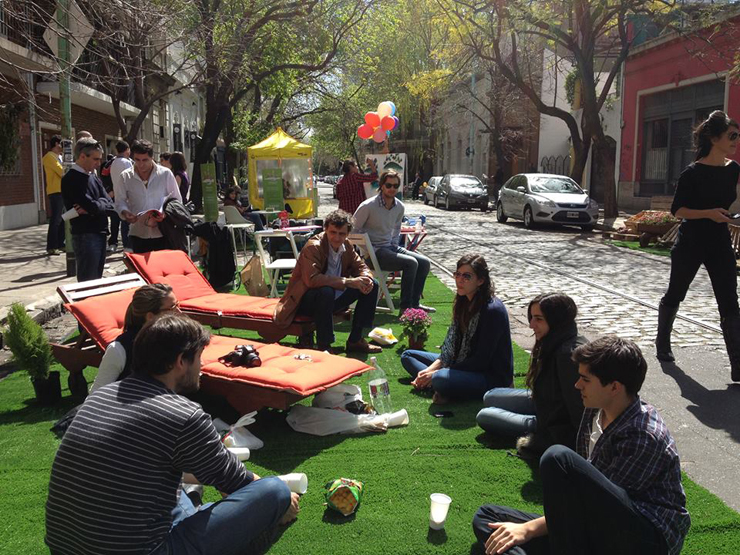 Cultural institutions geared at the preservation of historic buildings are also taking dutiful note of climate change and mindful action to combat a possible disaster.

At Vizcaya Museum and Gardens, for instance, the Barge (a 158 foot boat-looking deck, ornately sculpted with mermaids, an angel, and other mythological creatures) displays the most troubling signs. Pictures of the breakwater and party spot in Vizcayaâs heyday, the early 1900s, compared to pictures of it today are startling. The steps to enter the art-filled floating spot are hardly visible anymore; they are submerged.

For the bayfront estate, once the home of wealthy Northern industrialist and now a nexus of art, history, and culture, the imminent threat of climate change is all too real. On Wednesday, Sept. 14, 2016, Vizcaya will host âAn Emotional Lexicon for Climate Change.â A lexicon is âa list of words relevant to a specific situation or shared by a group of people; a special vocabulary.â The idea is to put into words or form a vocabulary for oneâs emotions about the possibility of impending disaster. The event will consist of a roundtable discussion with various local environmental humanities scholars and eco-artists. Participants will reflect on how arts and culture can help one understand his or her feelings about climate change.

Various questions will be posed: How can words describe the experience of living in a time of environmental crisis? How can we describe our feelings as the seas rise around us and we are uncertain about what the future holds? Does the language we use shape our experience of the natural world? Conversations and artistic expressions are necessary catalysts for change. Without them, how else would one arrive at the fundamental, underlying factors causing the problem? People need to know why the Magic City drowning? 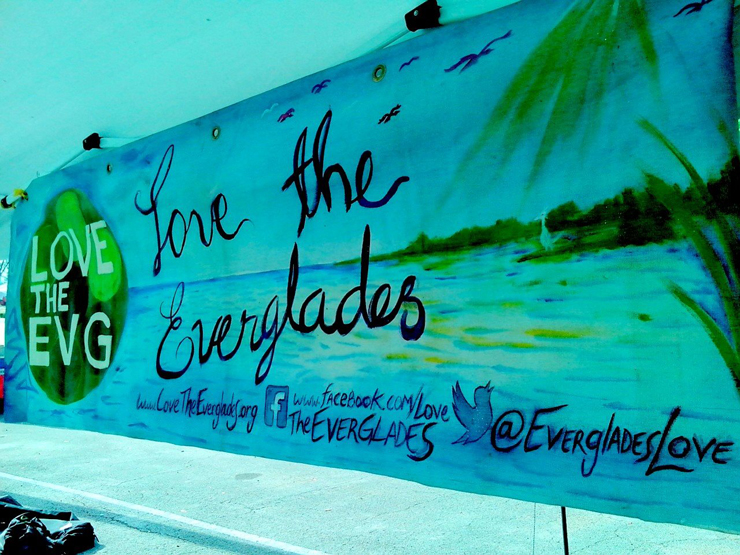 This past March, after Leonardo diCaprioâs Oscar speech warning about the effects of climate change, an article appeared in Miami New Times titled âMeat is Drowning Miami.â The piece discussed the actorâs/activistâs documentary Cowspiracy, which reveals a shocking and disturbing fact: the leading cause of climate change is animal agriculture. Yes, you read it right. Itâs not planes, trains and automobiles. Steaks, cheeseburgers, and McDonalds are destroying our habitat. According to the United Nations, âCattle-rearing generates more global warming greenhouse gases, as measured in CO2 equivalent, than transportation.â DiCaprio who is the United Nations Messenger of Peace on Climate Change has been an advocate for the environment for years, and he is currently promoting a global ban on beef.

The article also featured the founder, Janay Laing, of The New Omnivore, a Miami-based organization aimed at discovering animal-free alternatives to meat, egg, and dairy. Laing discussed the connection between animal agriculture and climate change. "Dozens of studies have found that meat production is one of the leading drivers of climate change, due to the huge amounts of greenhouse gases created by the feeding, growing, and transporting of farm animals," Laing explained. "Because air affects water, about 90 percent of added atmospheric heat is being transferred into our oceans. These warmed oceans are conveying large amounts of heat around the globe and are now causing ice sheets in polar regions (mostly the Arctic) to melt, leading to higher sea levels."

On Sept. 30, 2016, the first ever âNew Omnivore Conferenceâ will be held in Miami. The event is meant to explore ways of consuming and creating healthier meat using plants or biotechnology.

The link between climate change and animal agriculture will be the main focus during the event, which will include keynote speakers, interviews, and panel discussions. There will also be a mini food festival and student science fair. Who would have ever thought that cheeseburgers were causing the oceans to bubble up?

Maybe the creator is mad at how factory farmed animals have been treated or how the rain forests have been chopped to grow their feed instead of feeding all the hungry children in the world, if you believe in that sort of thing. But, everyone knows that asking people to change their eating habits is not an easy task. Some people are really attached to their meat, cheese and fast food, which explains the growing rates of obesity, heart, disease, cancer, and diabetes, all linked to meat-consumption.

Diet is often a drug, and many people will continue to engage in unhealthy habits even when they know the caustic effects, and they will do it with a middle finger pointed at you. For the poor, itâs practically impossible because they live in food deserts, so intervention is necessary.

Talk and contemplation is a great start, but Urban Paradise Guild (UPG), one of the oldest climate-change organizatios, established in 2008, has been putting actions where its mouth is for many years. The group has been working with volunteers to preserve natural habitats throughout the city and create edible gardens for low-income families, all to fight climate change.

One of their ongoing projects is at Vizcaya Museum and Gardens. From walking tours of the estateâs eco-social history to conservation of ancient mangrove trees, some over 200 years old, the guild has been taking a âsolutions-based approachâ to the problems of conservation. The son of a physical oceanographer (a meteorologist for the ocean), Sam Van Leer, founder of the non-profit organization, grew up knowing about climate change and the oceans. Leer said: âProblems are human in origin so solutions have to be human. They are social problems with environmental face.â At Amelia Earhart Park, UPG has a garden center, the Amelia Garden Center, where the group has created âfamily gardensâ aimed at providing healthy nourishment for low-income families and education on horticulture. â The world we inherited from our ancestors is in some ways great and in some ways not so great. We work to heal the current situation providing some solutions,â stated Leer. 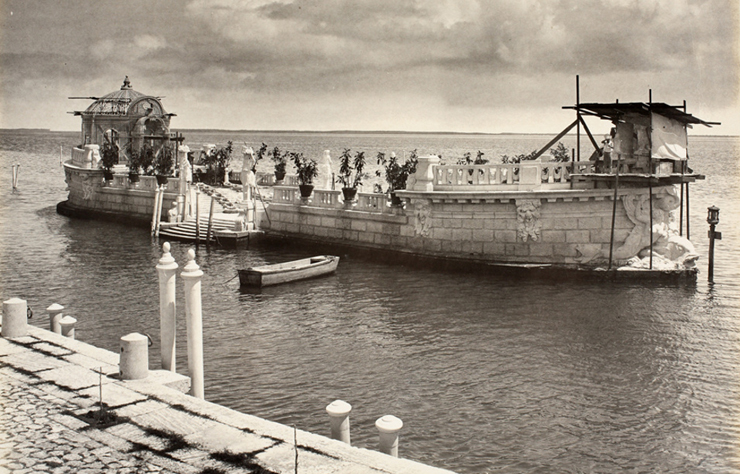 Because of UPGâs work in the community, the organization has been recognized as MDC Community Partner of the Year for Service Learning at various campuses including the Wolfson. On Friday, Sept. 16, 2016 near the MDC Wolfson Campus in Downtown Miami, UPG will participate in the 2nd annual PARK(ing) Day.

PARK(ing) Day Miami turns metered parking spots into temporary mini-parks and fun public spaces for people. For Leer, the idea is to âsketch out solutions to specific blocks in downtown Miami to make it a better place for people and nature.â One possibility would be implementing edible gardens in current dead spaces throughout the urban area, giving the poor and homeless in the area an alternative to fast food, which is often their only option. UPG has also been the leader in banning fracking in South Florida. Another notable event at which Leer will also speak is the 9th Annual Everglades Awareness Concert at Gramps, which will take place on Sunday, Sept. 18, 2016.

Hosted by Love the Everglades Movement and Ploppy Palace Productions, the concert seeks to raise consciousness and monetary support for the protection of this vital natural ecosystem, which is where South Floridaâs water supply originates. Various local musicians will perform and speakers will also present information leading to discussion about the dangers facing the river of grass.

People have a long way to go and the future doesnât look very bright as long the majority continues to deny the results of scientific research, which has concluded that the main cause of the global warming is in their lunch not their cars. Still many people including prominent politicians deny that climate change exists.

2015 was the hottest year in recorded history, and all the data leads to the same underlying cause, so why not strive to reduce global warming by making better choices about what we eat and how we grow food? Itâs clear that animal-based foods are not sustainable sources of nutrition. Itâs only through awareness, education, and intervention that we have any hope to save our health and environment from impending destruction, which has greed, social conditioning and ignorance at its root. It may be difficult, but the alternative is far worse. Attending any of these events and sparking conversation about the problem we are facing is definitely a start.

An Emotional Lexicon for Climate Change

Where: Various locations throughout Downtown Miami, Midtown, and Wynwood