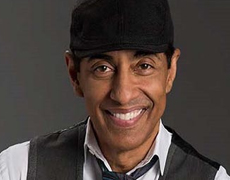 Born in Mayaguez, Puerto Rico, dynamic flautist NÃ©stor Torres resided in Miami for many years and currently lives in California. NÃ©stor has retained his Caribbean roots, while exploring jazz in its many forms with intriguing fusions with other genres. While his early inspirations were Dave Brubeck, Tito Puente and Cal Tjader, his early heroes were the classical flute icons Jean Pierre Rampal and his "man with the golden flute" (literally) successor, James Galway. Beyond them, his influences include Cuban legend Richard Eges, and jazz greats Herbie Mann and Hubert Laws.