The Mountaintop At GableStage

MLK and the Hot Stuff Housemaid 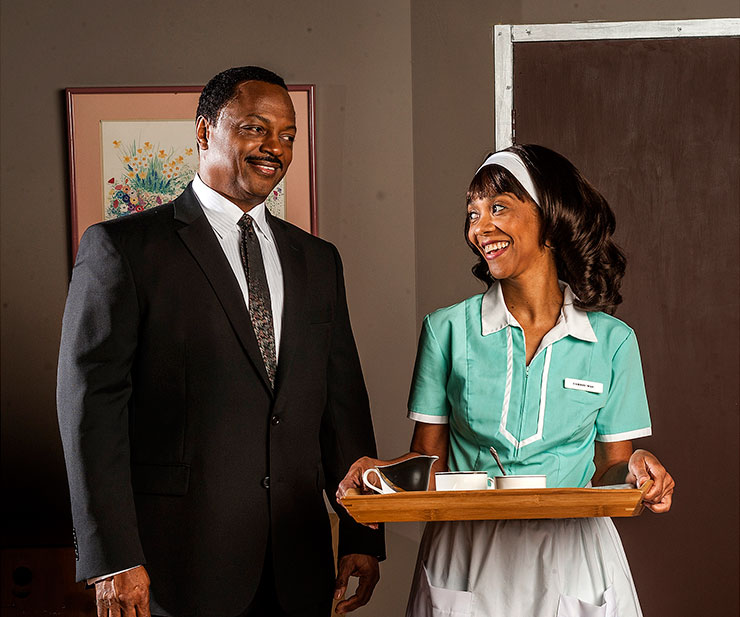 In one of the best productions of the season Joe Adler has brought to GableStage, two enthralling actors star in a witty version of the precursor to a tragic night. Katori Hallâs The Mountaintop has Martin Luther King (C. Anthony Jackson) baring his foibles to Camae (Karen Stephens) in a ninety-minute one act set in Memphisâ Lorraine Motel the night before his assassination.

Stephens, in a magical performance, is the young housemaid who forces King to face his wins and his losses, his heroics and his weaknesses. Jackson is brilliant in his portrayal of a man facing his end. 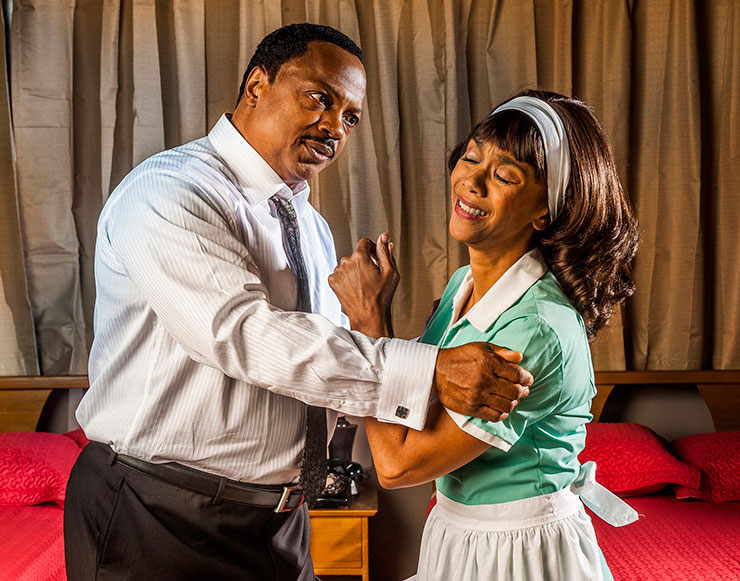 The Mountaintop is a wildly surprising piece, funny, tender, filled with sorrow and wonder. It starts quite slowly, with King entering room 306, weary, trying to relax, checking the phone for bugs, trying to call his wife, mumbling to himself, ordering from room service. Camae arrives with his coffee and immediately the tension builds. She is young, pretty, vivacious, foul mouthed and you can almost smell the lust. But thatâs the red herring. The Mountaintop veers off in directions youâve never thought of. 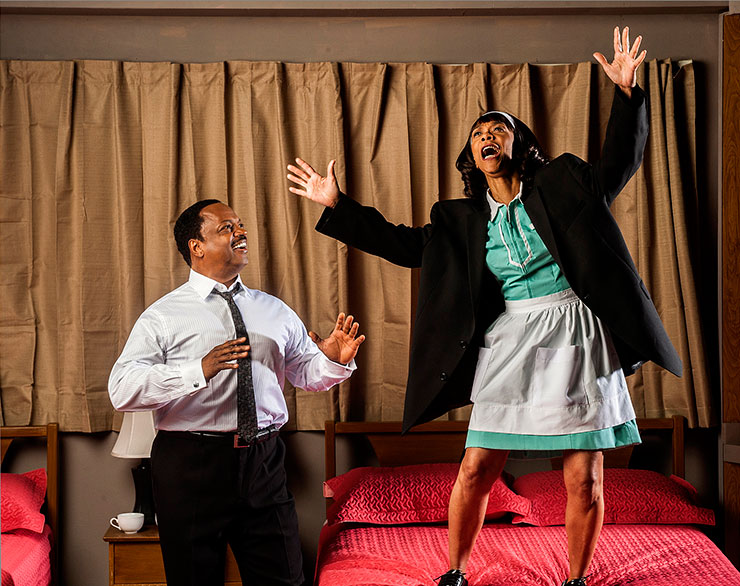 Adlerâs excellent direction and the fascinating performances by Stephens and Jackson are well matched by the technical aspects of the blistering thunderstorms, the crashing blackouts and the pounding rain on the balcony outside the motel room. Thank Lyle Baskin, Jeff Quinn and Matt Corey for the excellent set, lights and sound.

MOVIES: Denis Villeneuve's Dune is a richly textured adaptation of Frank Herbert's seminal 1965 sci-fi novel about political intrigue. Find out what Ruben Rosario has to say about the new film.

THEATER: Musicals are back and the one at the Wick Theatre in Boca Raton features a large, high-energy cast. Marvin Glassman has the review. 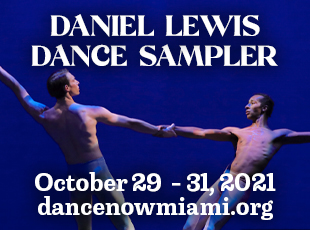