Have I Got a Girl For You: Island City Stage

Itâs mandated in the New Testament, the Old Testament, the Quran, the Torah and even the Book of Mormon that playwrights should write about that which they know. The books are littered with thou shalts and shalt nots and woe and general discomfort be to him who first makes up a plot from whole cloth. So of course newly sober, drug free, Jewish, gay, struggling song and dance man, I can quote every line from every musical comedy on stage or film, playwright Josh Mesnik really lived the life he so delightfully describes in Island City Stageâs Have I Got A Girl For You. Only he added a ton of jokes. 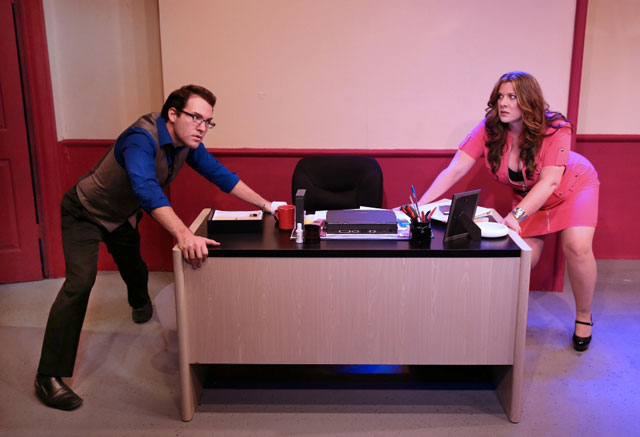 Just 23 when he dried out, Mesnick found himself $30,000 in debt and with no job and stuck far from hometown, New York City. So he did what any normal guy would do; he got a job as a pimp. Ahem, executive assistant who schedules appointments for ladies of the night who work for an âEscort Agencyâ in Boca Raton. 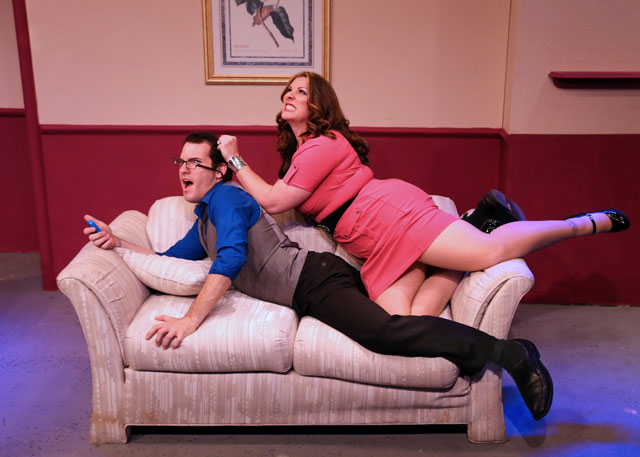 Mike Westrich plays Josh and if youâve seen any of Westrichâs work in the last couple of years you know heâs got the magic touch. Heâs a fast, funny and endearing schemer you shouldnât trust with your grandma if you donât want her on the streets at night.

Josh works for Gina, the agency owner, the blow-you-off-the-stage Sharyn Peoples. Sheâs big, brassy and delivers a line like sheâs biting the heads off chickens.

Christina Groom plays hookers perfectly and thatâs better than it sounds: Nine different obtainable girls in all stages of undress and wiggery and with the facility to switch from innocent to whore in a broken heart beat.

And of course if there are hookers there are johns close behind, or in front, or whatever and Larry Buzzeo plays five of them plus Ginaâs muscle bound husband, Sal. A great comic touch from Buzzeo wraps up an ensemble that had the house locked in laughter for the ninety minute one act.

Big cheers for director Michael Leeds. Have I Got a Girl For You rockets along, not a missed beat in the stream of gags, visual and verbal, making this a memorably satisfying and fun evening.