Thanks for the Memories, Friend

Zoetic Stage is presenting Amy Herzogâs play The Great God Pan at the Carnival Studio in the Arsht Center and my first thought is why? After the brilliance of Zoeticâs previous shows, Fear Up Harsh, Assassins and Clark Gable Slept Here, The Great God Pan with its thinness of script seems a difficult choice. 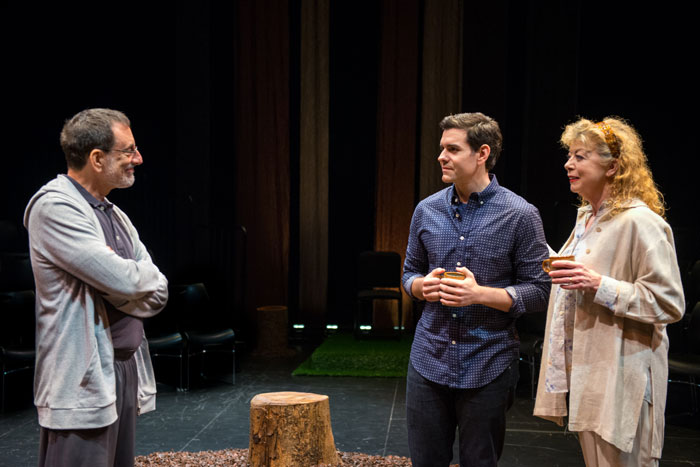 With this piece Herzog has jumped on the trending: I just remembered he buggered me twenty years ago. No, wait a minute, maybe itâs just my faulty memories.

Jamie, (Nicholas Richberg), an on-his-way-up journalist, is invited to meet his boyhood friend for the first time in twenty-five years; they knew each other when they were both about seven years old. The friend, Frank (Matt Stabile) tells Jamie that he is now suing his own father for sexual abuse, and of course he wants company, and validation, so he asks Jamie if he can remember getting the same treatment. Jamie says no. But he thinks about it. And thinks. And thinks. And in the meantime his six-year-long relationship with Paige (Aubrey Shavonne Kessler) results in a pregnancy. She wants the child, he wants to ponder more on whether or not he was abused twenty-seven years previously.

Jamie makes one of his infrequent visits to his parents, Cathy and Doug (Angie Radosh and David Kwiat) and discovers that he did indeed spend a week in Frankâs family house when he was five. So was he or was he not? Damn, he just canât remember. While heâs dithering, Paige is counseling Joelle (Mary Sansone) on the dangers of bulimia. 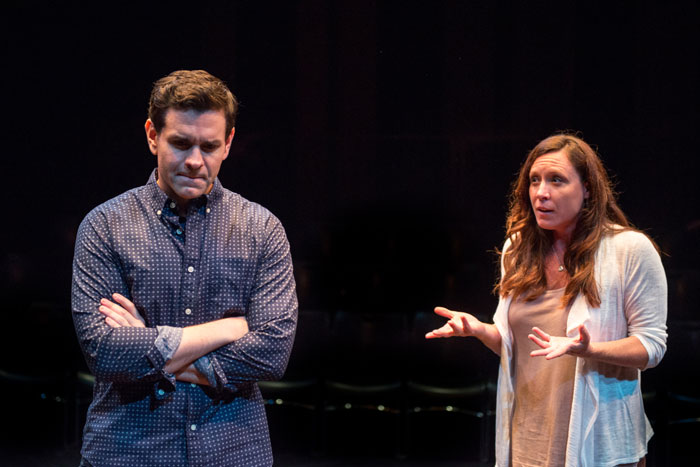 Two interesting scenes but (hidden symbolism, perhaps) having nothing to do with Jamieâs problem. (Would it be unkind to suggest a little padding here? The play is a bare eighty minutes, with a live cello curtain raiser.)

Polly (Barbara Bradshaw) Jamieâs old babysitter appears in a wheelchair and rambles confusedly about falling in the creek, getting covered in mud and scaring young Jamie. She also recites the only reference to the title: What was he doing, the great god Pan, down in the reeds by the river?

So for eighty minutes we watch an excellent Nicholas Richberg torture himself over whether or not he was abused. Twenty-seven years previously. The urge to scream: get over it, if it happened itâs gone, get on with your life. Donât be so damned selfish. 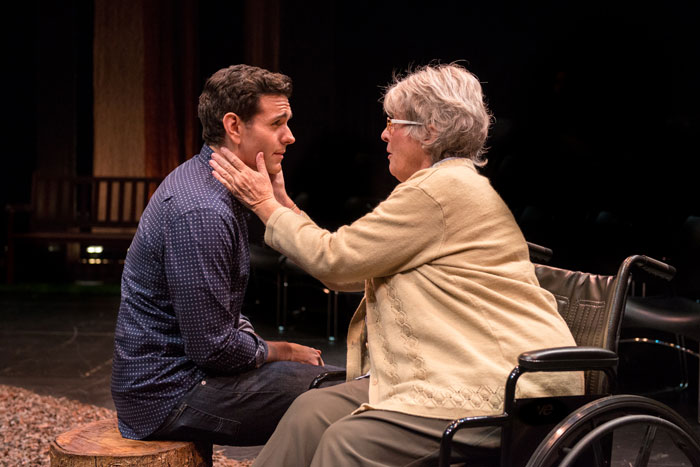 These are good actors working here, but the characters are drawn sparsely. Having the actors sit on benches around the playing area heightens the effect of the scenes being presented by rote. (The cellist plays during the scene changes.)

Itâs an impressively simple set by Jodi Dellaventura. In the round with a forest glade centered. Bird noises abound. A creek chuckles off stage. The floor is covered with wood chips and four tree stumps, one in each corner delineate the playing area. And those stumps are a problem. Were they scattered more haphazardly the sight lines would have been much improved. Too often the back of one actorâs head blocked any sight of the actor facing. 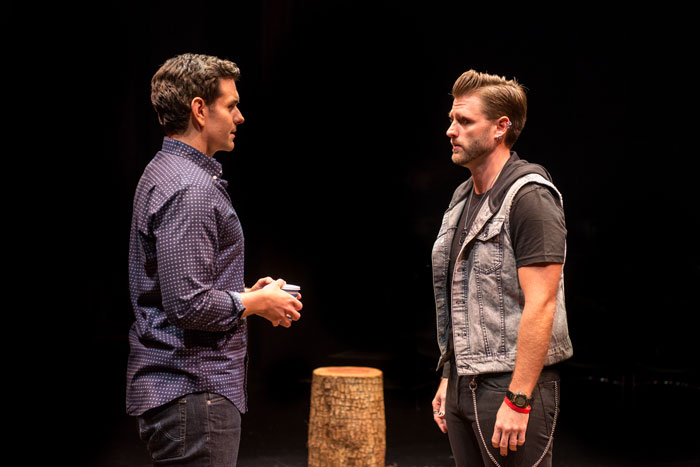 Look away now if you donât want to know what happens at the climax of the play. Didnât do it? Donât worry. There is no climax. Herzog apparently couldnât think of one. Frank scribbles on a piece of paper and hands the note to Jamie. Lights slowly dim. Enigmatic? You bet. And so are the bits of colored paper that suddenly explode from the ceiling and flutter down all over the two actors.

The Great God Pan plays through June 8 at the Carnival Studio Theater in the Arsht Center, 1300 Biscayne Boulevard, Miami. 305-949-6722 http://www.arshtcenter.org