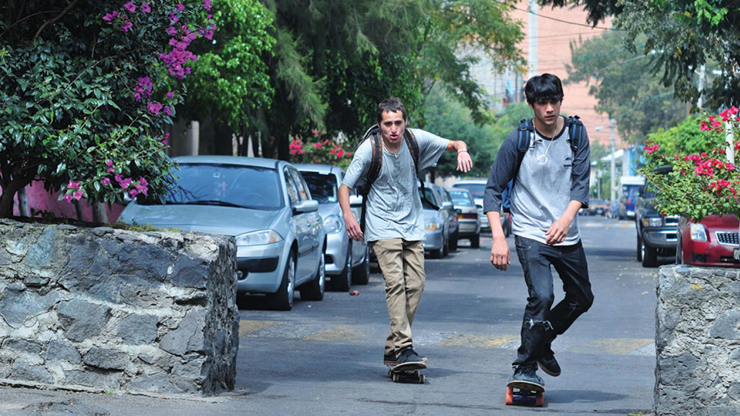 The 33rd Miami International Film Festival is drawing to a close, and this reviewer is feeling blue. Not because it's nearly over, but because the movies I've seen so far have been so somber. Dark. Slash-your-wrists downers. Even the one comedy I caught is occasionally weighed down by a fairly serious undertow.

Not that I'm complaining about the overall quality of this year's titles. Sadness tends to bring out the best of some of my favorite filmmakers. (Just ask Pixar whiz Pete Docter.) We look to works of art to reflect global trends. We detect signs of a nation's mood in its artists' output. And in parties, cocktail receptions and screening queues, movie buffs and visiting filmmakers debate the merits of a specific film, be it a festival entry or the popular multiplex title playing down the hallway. 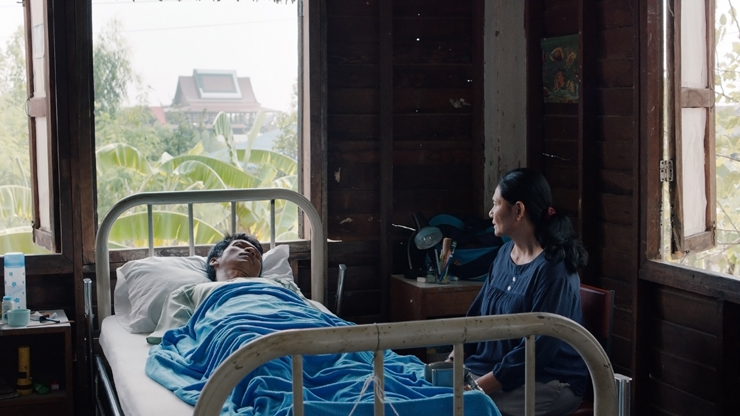 Try as we might to leave our troubles behind when we seek the solace of a darkened auditorium, this year's MIFF selections, more often than not, threw our worries right back at us. These wake-up calls worked (mostly) in the event's favor. Even so, I still harbor misgivings about some of MIFF's longstanding policies. More on that later.

Hopelessness and joy tango into the night in the following films. Happy viewing, festivalgoers. 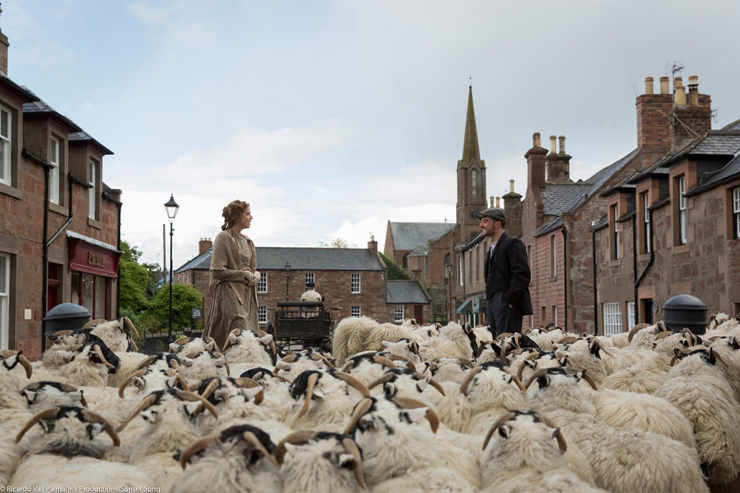 Cemetery of Splendor: Tossed aside like an unwanted foster child, the latest lyrical dreamscape from Thai auteur Apichatpong âJust Call Me Joeâ Weerasethakul had its Florida premiere opposite the fest's glitzy opening night film, Ãlex de la Iglesia's backstage comedy My Big Night (Mi gran noche), and turnout suffered because of it. (A total of 14 people, myself included, showed up at the 199-seat Regal Cinemas South Beach auditorium 18, March 4.)

Their loss. Like the rest of Joe's challenging, deeply rewarding body of work (call it accessible avant garde), Cemetery of Splendor demands patience, but is truly worth the effort. The setting is a school that's been turned into a hospital for injured soldiers who are hooked up to machines that function as mechanical dreamcatchers. A middle-aged woman who volunteers there forms a bond with one of the patients, and both of them discover the school stands on a royal graveyard that's thousands of years old. I was hoping for the forest creatures from Joe's best-known film, the Palme d'Or-winning Uncle Boonmee Who Can Recall His Past Lives, to make a cameo, but the film's supernatural elements remain steadfastly earthbound. For instance, two goddesses who visit the protagonist after she makes them an offering look like two (beautiful) human women. Amid the sustained stillness that vividly captures the sensation of walking through a dream, there's a barely stifled anger that courses throughout Cemetery. A scene in which moviegoers stand before a blank movie screen awaiting to salute the king is the most overtly political moment in a Joe film. The state of his country, he seems to announce, is not strong, and it's time to wake up and battle the ghosts that continue to haunt it. Grade: B+ 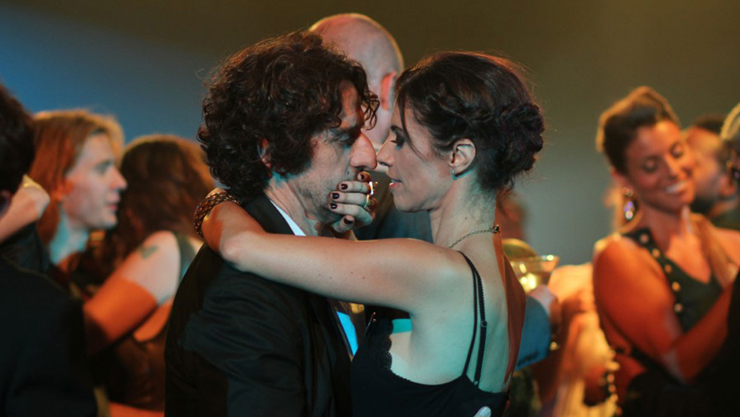 Photo (From left): Diego Peretti, Maribel Verdu in No Kids.

I Promise You Anarchy: The film that put Weerasethakul on the map was Tropical Malady, a love story between two men that went down the rabbit hole of reincarnation (into animals, no less). This gritty tale of two male skateboarders hooking up on the DL is nowhere near as strange, and for most of its running time, director Julio HernÃ¡ndez CordÃ³n's vividly shot portrait of disenfranchised outsiders in contemporary Mexico jumps off the screen with vitality and lived-in immediacy. The movie ably weaves in the central romance, between sullen, jealous Miguel (Diego Calva HernÃ¡ndez) and goofy, perennially horned up Johnny (Eduardo Eliseo Martinez), with social-problem concerns, and it's a balancing act that deftly sidesteps preachiness. Anarchy feels right at home when showing the young men fooling around in a hammock or bickering over Johnny's girlfriend, Adri (Shvasti CalderÃ³n), who knows exactly what her guy is up to with Miguel. It's when the film introduces those evil narcos, keen on using the boys and their financially strapped friends and acquaintances, as âcowsâ (slang for blood donors), that the movie starts to falter. A plot turn just past the halfway mark is so startling that it throws off the effortlessly cool vibe HernÃ¡ndez CordÃ³n had been able to maintain. The ripped-from-the-headlines malfeasance throws Anarchy out of whack, because it adds a dramatic heft it simply cannot carry. As a result, the film in general, and the third act in particular, feels frustratingly unresolved. It's still worth a look. Why? Two words: naked skateboarding. Grade: B-

No Kids: On the opposite end of the Latin American aesthetic spectrum is this piece of multiplex fluff from Argentina. Even the salty dialogue I've come to expect from this country's cinema has been watered down to PG-13-level consumption. Director Ariel Winograd's romantic comedy tells the story of Gabriel (Diego Peretti), a Buenos Aires-based record store owner who's separated from his wife, estranged from his magician dad and awfully devoted to his precocious daughter SofÃ­a (Guadalupe Manent). How devoted, you ask? He's made sure his life revolves around her. And then he runs into a face from the past: elegant, worldly, attractive Vicky (Pan's Labyrinth's Maribel VerdÃº), a Spanish bombshell who's back in town and interested in going out on a date. Maybe more. The catch? She detests children. Can't stand the snot-nosed brats. What's a model dad like Gabriel to do? Contrived antics ensue as he contorts himself into a pretzel trying to keep his daughter a secret. No Kids, a box office hit back home, boasts engaging characters and slick production values, but Winograd is all too insistent on hitting all the expected genre beats, to the detriment of more organic elements that would have made this comedy stand out from the pack. It doesn't help that Peretti, who's hardly a heartthrob, turns Gabriel into such a wet blanket. And could we have a moratorium on smartass kids who speak in catty punchlines? Why can't they be allowed to, you know, act like kids? Grade: C+ 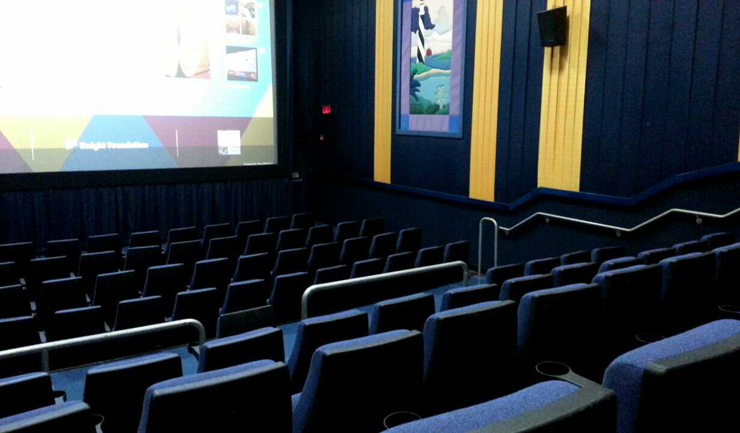 Photo: Turnout was low at the March 4 screening of "Cemetery of Splendor".

Sunset Song: No MIFF entry I saw matches the cumulative power of this coming-of-age gem from English auteur Terence Davies (The House of Mirth). Set in Scotland just before and during World War I, the story of resilient farm girl Chris Guthrie (Agyness Deyn) bears all the earmarks of good-for-you cinema of quality: lush photography, literary source material and impeccably rendered period trapping. But Davies is not aiming for Masterpiece Theater fodder; he's after something far darker and more emotionally complicated. What starts as a heartbreaking portrait of a dysfunctional family falling apart at the seams morphs into what appears to be a sunnier tale of the transformative qualities of true love. But not really. Davies, who here introduces another of his long-suffering heroines, is just softening us for a cruel sucker punch. His harsh treatment of characters we've come to care for borders on sadism. It is also quite masterful. I can't wait to discuss Sunset Song further when it opens in theaters later this year, but suffice it to say Davies has outdone himself here. He's made a terrific film. Grade: A

A top-notch production like Sunset Song is the reason I go to events like MIFF. It's gratifying to chase that high that comes from seeing a satisfying film and then having those expectations exceeded. Having said that, there are some ongoing trends at MIFF I'd like to point out as areas the festival brass could work on. I've already touched upon the none-too-bright decision to give Cemetery of Splendor a first slot that ensures an appreciative audience is anywhere but where it needs to be.

Here are some other tips: