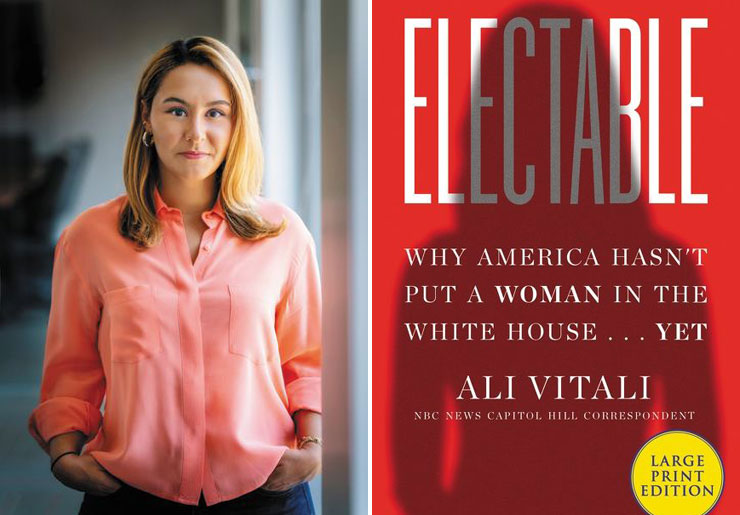 From Electable, page 227: âNone of the women who ran in 2020 lost solely because of sexism. And none of them blamed sexism outright, either. That explanation wouldnât have been true. But they all agree that it was part of what ultimately caused their campaigns to fail. And any explanation without that would be sorely lacking.â

But, but ... though I, as a woman who has been around long enough to have experienced many overt and subtle forms of sexism in my life and professional career, I cannot wholly accept Ali Vitaliâs assertion in this telling of her time spent on the campaign trail these last several years, most recently in the last Democratic primary for President of the United States.

She covered the top female candidates, spending a great deal of time with the Senator from Massachusetts, Elizabeth Warren; the Senator from Minnesota, Amy Klobuchar; the Senator from California (and now the Vice President of the United States of America) Kamala Harris; and, to a lesser extent, Kirsten Gillibrand, Senator from New York state. Little or no time was spent covering self-styled spiritual guru Marianne Williamson or Hawaii State Representative Tulsi Gabbard.

Itâs an uneven effort, and, in my opinion, Vitali does not prove the assertion she makes on page 227 that sexism played the part it did. This was a complicated election, the race for President in 2020, and this factor was only one of many issues at play. The real, compelling issue was about saving democracy in America from the hands of a fanatical few. 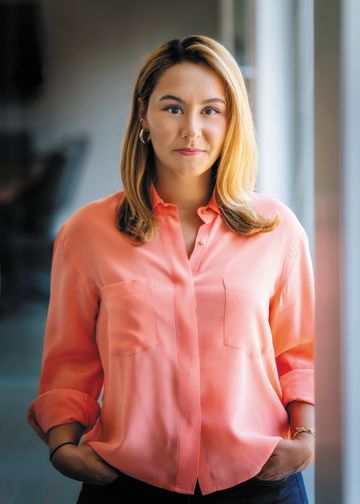 While it is fascinating to read the in-depth interviews Vitali had with Warren and Klobuchar and to experience â a bit â of what it must be like as a political reporter to be ready 24/7 on the spot to cover political candidates: going without enough sleep, always on the road, and perhaps not eating well. (Although she makes a good deal of how her oat milk lattes got her through those days.)

I'd never heard how Elizabeth Warren conceded her run for President. In Vitali's chapter And Then There Were None, she goes into detail of how Senator Warren said goodbye to her hardworking and dedicated staff, "dressed in the same purple jewel-toned puffer she'd worn just two days before, followed down the few steps out front by Bruce [her husband] and their dog, Bailey. ... As Warren drew closer, I took my earpiece out to fully live in this moment." This is what Warren said, "So, I announced this morning that I am suspending my campaign for president ... I say this with a deep sense of gratitude for every single person who got in this fight, every single person who tried on a new idea, every single person who just moved a little in their notion of what a president of the United States should look like."

And then Vitali repeats, "That last thank-you sticks in my mind, even now: 'to those who moved their notion of what a president should look like, even a little.' " Vitali spends a lot of time evaluating Warren's campaign, as she was the correspondent assigned to her. Senator Amy Klobuchar got shorter shrift, and that was disappointing. She did get across that Klobucher was tough and outspoken, but then she repeated that bizarre story about Klobuchar eating a salad with a comb because none of her staff had given her a fork. I mean, really?

So this does offer a not often-seen daily chronicle of what political reporters face, and in particular her life as the Capitol Hill correspondent for NBC (and before that, the âRoad Warriorâ for MSNBC). She is by no means a bad writer, simply an uneven one. There is too much going back and forth and a great deal of repetition as she tries to hammer home her point that the well-qualified (and not so well-qualified) female candidates in the presidential primary faced a good deal of sexism, âpart of what ultimately caused their campaigns to fail.â I must disagree -- there was a lot more going on than mere sexism, and I think we need to be honest about it.

As a political news junkie and someone who has has voted in and followed every election for which I was qualified to vote since I was 21 years of age. The historical perspectives Vitali supplies on current news events are valuable for newbies to those issues, but I have heard and considered them all before.

There is also room to disagree on her take on some. One case in point: the vicious part Kirsten Gillibrand played in the fall of Senator Al Franken. What she did was calculated and told a lot to me about her character; Vitali seems to excuse her actions. Another historical mention was the lackluster campaign of Walter Mondale that doomed Representative Geraldine Ferraroâs chance to be the first female Vice President. Another smart and talented woman Ã¢â¬Â¦ but by no means as experienced in the international arena as she should have been. Then, of course, on the Republican side was Sarah Palin; no significant mention is made of how dismally unqualified she was to be on any presidential ticket.

And, always, looming in the background, was the failed presidential bid of Hilary Clinton. Let us be honest: Hilary Clinton beat Donald Trump in 2016, but there was an outmoded institution called the Electoral College â which has long outlived whatever usefulness it once had in a young federal republic â that got in her way. So, yes, women can â and surely have been -- elected President.

And while Vitali doesnât go into detail about the Electoral College mishap, itâs good to take note.

I believe the Electoral College is what led voters to be leery of backing another female candidate for President. The stakes were too high to risk fronting anyone whom voters perceived did not have the age and political savvy/experience to be President. Joe Biden was a proven/known quantity. No one else in that Democratic primary â and, please! There were men running in those scattered primaries as well as women. Biden just had the edge.

As for Kamala Harris... can we be honest here? Biden made an extremely sound political choice in choosing her as his Vice President instead of any of the other women who had been running against him. She, too, was smart and talented, too, but she was also young and bi-racial. The combination made a very strong statement and brought in votes. Let us not be naÃ¯ve. Warren would have made a tremendous Veep, as would have Klobuchar, but they were older White women. Politics being politics, that was what made Biden more electable.

Going further on Kamala Harris and the possibility that she could be a presidential candidate in 2024, she says:

"The high turnover in her office lends to criticism of her leadership style. And the perception of her media savviness continues to cause problems. The scrutiny is constant, the high wire taller and narrower than anyone else's." Vitali continues to say that despite all this, Harris will have more insight into what it takes to run and win a presidential campaign, asserting that "She'll have been the vice president. Biden himself is proof of how much heft that can carry."

My take on Kamala Harris? Vitali did not subject her to the same in-depth analysis she did with Warren, and, to a lesser degree, with Klobuchar. I found that puzzling. Perhaps that's her next book.

Electable... it applies to men as well as to women, folks, and it is not a simple issue. Vitali does not seem to get the whole picture here. And, yes, there will probably be a female president someday, Women ARE electable! But, meanwhile, let us not put the blame on sexism. Hilary Clinton won the popular vote. I rest my case.