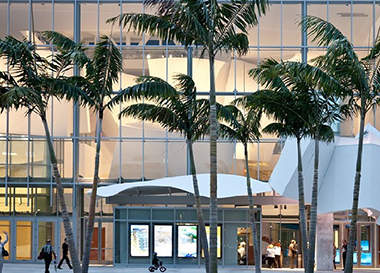 miamiartzine.comÂ is in solidarity with our community arts partners and their cancellations in an effort to protect their audiences from COVID-19.

We will continue to update the website with the latest news about events in the city.Â

Be safe and healthy,

American Airlines Arena: Scheduled events through April 1 have been postponed at the AmericanAirlines Arena include:

Tickets purchased for any of the will be honored for the rescheduled dates, which are still to be determined. Guests should stay tuned to AAArena.com for updated information.

Dance Now! Miami:Â Italyâs Opus Balletâs United States debut with Dance Now! Miami has been postponed from Saturday, March 21 at 8:30 p.m. at the Aventura Arts and Cultural Center to a later date. www.dancenowmiami.org.

Jazz in the Gardens Music Festival: Festival postponed due to coronavirus concerns after Miami Gardens Mayor Oliver Gilbert signed a local state of emergency. These events include Poetry in the Gardens, Womenâs Impact Luncheon, the Official Press Conference, and Opening Night Party that were scheduled for Thursday, March 12 and Friday, March 13, as well as the Music Festival on Saturday, March 14 and Sunday, March 15. For more information, https://www.jazzinthegardens.com/2020-jitg-lineup/

Jewish Museum of Miami: Out of an abundance of caution and with the health and well-being of our guests and community the Jewish Museum of Florida-FIU will be closed to the public until further notice.

The following programs have been canceled:

MDC Live Arts: Miami Dade College is canceling all cultural events.In line with other cultural institutions and centers, MDC Live Arts will cancel all events until further notice, including ALL scheduled performances of "Josh Foxâs The Truth Has Changed" and "ECOCultura Fest." Visit MDC's information and resource page and check back frequently.

Miami Beach venues: As of Friday, The Fillmore Miami Beach, the Colony Theatre and North Beach Bandshell are closed indefinitely.

Miami Film Festival:Â The festivalâs 37th edition, hosted by Miami-Dade College, has canceled its events and screenings. Information regarding tickets purchased in advance will be emailed directly to buyers. The festival opened Friday, March 6 and was to continue through Sunday, March 15.Â www.miamifilmfestival.com

Miami Symphony Orchestra:Â Concerts for Friday, March 13 at Miami Design District, Saturday, March 14 at the Moore Building Elastika, and March 15 at Miami Botanical Garden postponed. Tickets renewed for the Mystery of Genius concert set for Sunday, March 14, 2021. Or can be exchanged for any concerts. More information,Â www.themiso.org.

New World Symphony: The New World Center for all public events from March 13 through April 12.

Ultra Music Festival: The 22nd edition of Ultra Music Festival, originally scheduled for March 20, 21 and 22, 2020 will be postponed to March 26, 27 and 28, 2021. Due to the Florida Governorâs declaration of a public health emergency and Centers of Disease Control and Preventionâs Interim Guidance for COVID-19, it is impossible for the City to provide access to Bayfront Park at this time.