Always busy, always doing, Dance Now! Miami took on the challenges of the past year to continue to create dance. The company leaned into virtual performances, found other innovate ways to connect with their audiences and ultimately were able to keep their dancers employed.

On Sunday, June 19, DNM is culminating its South Florida dance season with a live performance at the Miami Theater Center before jumping on a plane the next day to take the full company to Portugal for an international cultural exchange.

The collaboration with Opus Ballet has been two years in the making, weathering a quarantine and ongoing travel restrictions. 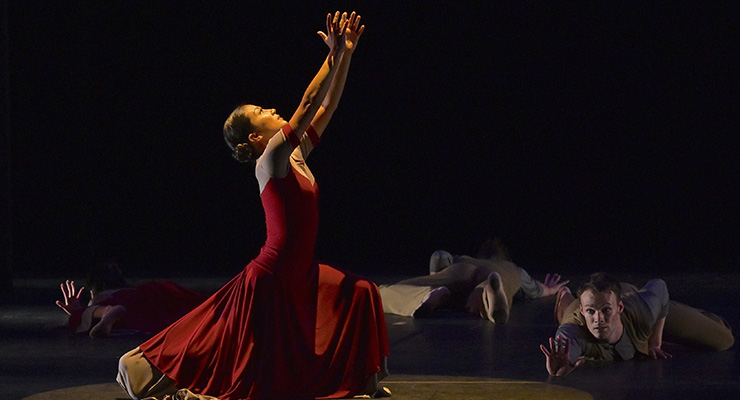 Building collaborations and opening dialogue with other dance cultures throughout the world, such as the one with Opus Ballet, is an initiative that is close to Baumgarten and Salteriniâs hearts. Salterini, from Italy, and Baumgarten, spending much of her childhood in Israel, and now both living in Miami, well understand the impact and richness that a multi-cultural dialogue and partnership through the arts can bring.

Each partnership is a yearâs process of travel and collaboration; DNM traveling to the chosen country and sharing the stage with the dance organization, and then the dance organization coming here to Miami. The shared performance in Miami is comprised of one work by each company and one piece that they perform together. Initially, DNM successfully partnered with Mexico and in 2019, traveled to Italy and performed with Opus Ballet.

âWe have a ballet called 'Bridges Not Walls,' Salterini says. 'It is a ballet, and it is also an idea. We created it here, but in partnerships, it specifically brings the other company on stage with us to perform together. We want to nurture Miami's foresight in being a cultural hub for dance and for all the arts and to bring that artistic culture to the world." 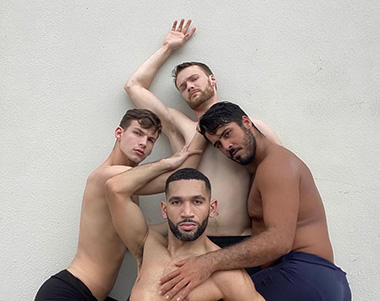 Working with Opus Ballet was very timely when they started the collaboration, Baumgarten explains.

âItaly, specifically, at the time was experiencing an immigrant wave that was changing the cultural dynamic of the people,â Baumgarten says. âThey were hearing their language spoken for the first time with a foreign accent, having the idea of this underclass that was taking jobs.â

âBridges,â with its focus on unity and acceptance, was the perfect ballet to share.

In March 2020, Opus Ballet was supposed to join DNM and make their premier tour to the United States. Because of the quarantine, it was not to be and travel was pushed back to this year.

âWe had gotten a Miami-Dade Cultural Affairs grant to make the partnership happen. They were so gracious in allowing us to figure out what we were going to do and to push the scheduling back till much later.â Salterini says. âWhile we (in the U.S.) are able to slowly open up, in Italy it is taking much longer. The reality is, while the director of the company is vaccinated, most of the dancers are not.â

As the June 19 performance drew near and, with plane tickets purchased, Baumgarten and Salterini, waiting as long as possible, knew, once again, that Opus Ballet could not physically travel to be part of the performance.

Salterini and Baumgarten, with a "show must go on" attitude had to âreinvent the wheel.â

Originally, Opus Ballet, in a response to âBridgesâ was going to be performing âCaravan,â a piece about gypsy life, migrating people, communicating and understanding multiple languages through the body rather than speech.

Switching gears, using Zoom rehearsals and sharing videos, Opus Ballet has been overseeing the DNM company dancers as they learn the entire âCaravanâ piece for the performance.

In a surprise addition, Opus Ballet will be presenting an excerpt from âLe Quattro Stagioni" (The Four Seasons) with choreography by Aurelie Mounier in a made for film performance at Il Palazzo della Ragione (The Palace of Reason) and with live accompaniment by the Orchestra of Padua and Veneto. 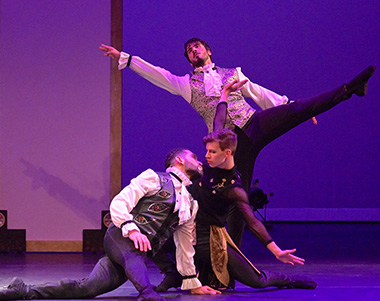 âSo weâre trying to keep the same structure; with the Opus Ballet performance, one shared performance and some of the DNM rep.â Salterini says. âWeâre also trying our best to still bring Opus Ballet to Miami to join us for our December performance.â

âIt will be their U.S. debut,â Baumgarten says. âThat is always very exciting for a dance company and we hope it comes to fruition.â

The DNM premieres produced by Baumgarten and Salterini are âDorian's Reflection,â inspired by the classic Oscar Wilde novel and featuring a hauntingly, magnificent original score by composer Davidson Jaconello, and the Jewish-themed âAnusim: What is Hidden is Never Lostâ with original music of Frederico Bonacossa and the voice of Miami singer Susana Behar.

âDorianâs Reflectionâ uses drama and intrigue in dance to explore themes of self-importance, self-indulgence, newfound sexuality and even violent behavior in our present day world of online identities and social media. It is an explosively fitting way to close the program.

âIt doesnât necessarily take place in the present,â Baumgarten says. âIt is a gothic, deco, amorphous time, but we got our inspiration of how to interpret it from our current time.â

âAnd the costumes by Haydee Morales are breathtaking.â Salterini adds.

âAnusimâ was conceived as part of the DNM international cultural exchange with Portugal. In 1497, Jews in Portugal were given the option of being baptized and living their public life as "new Christians" but practicing their Judaism secretly in private. Years later, these traditions still exist even though the background stories are not as relevant as they once were. 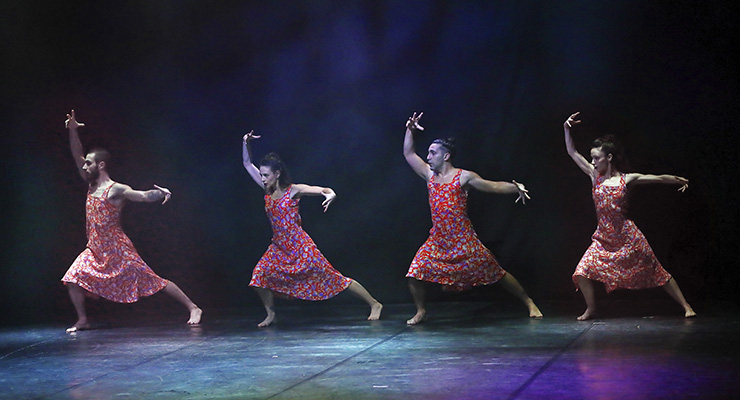 The trip to Portugal will be the first leg of the next international cultural exchange where DNM acts as cultural ambassadors. In addition, former Associate Vice President of Cultural Tourism for the Greater Miami Convention & Visitors Bureau, George Neary, will accompany the Portugal ensemble as Delegate of the City of Miami Beach, representing Miami Beach as well as the Miami Beach Chamber of Commerce and the Sister Cities committee. Neary will be bringing a letter for the mayor to solidify the partnership.

An important aspect of the performance will be the premier work of DNM dancer, Anthony Velasquez. Velasquez has worked with numerous choreographers, extensively with DNM, as well as in commercial work and music videos. This premiere is part of Baumgarten and Salterini's mission of endorsing new voices and promoting the next generation.

Dance Now! Miami presents two Miami premieres plus âCaravanâ in conjunction with Opus Ballet in Italy on Saturday, June 19 at 8:30 p.m. at Miami Theater Center, 9806 NE Second Ave. in Miami Shores. Tickets are $40 and $15 for students, available only in allotments of two or four patrons seated together wearing masks. For more information and to purchase tickets, go to dancenowmiami.orgÂ or at 305-751-9550.