Miami is the latest city to be added to the nationwide DanceAfrica festival network to join the likes of New York, Washington, D.C., and Chicago.

The festival is made possible in part to a grant awarded by the Knight Foundation.

DanceAfrica Miami makes its debut at the Seventh Annual African Diaspora Dance and Drum Festival of Florida (A.D.D.D.F.F) on Friday, Aug. 5 to Sunday, Aug. 7, 2016 at the Little Haiti Cultural Complex and the Miramar Cultural Center. As the countryâs most renowned festival celebrating African dance, music, and culture, the three-day cultural weekend includes a concert extravaganza, international dance performances, and a series of cultural, artistic, and educational programming.

The return of DanceAfrica Miami is spearheaded by Delou Africa, following a nearly 20-year hiatus since it was last hosted in Miami in 1997 at Miami Dade College Wolfson Campus. 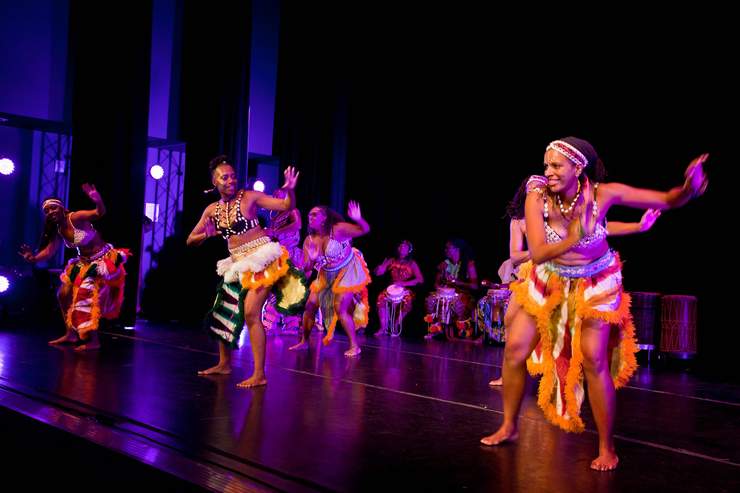 Nationally acclaimed as the festival of all African dance and music festivals in the U.S., DanceAfrica was created during the 1960s under the artistic direction of Chuck Davis. Over the course of nearly four decades, DanceAfrica has grown as a movement to showcase the rich social, religious, and ceremonial traditions of African heritage through performance, art, film, and community events.

DanceAfrica Miami and the 7th Annual African Diaspora Dance and Drum Festival of Florida will be presented from Aug. 5 to 7, 2016 with festival activities and workshops at the Little Haiti Cultural Center and the concert extravaganza at the Miramar Cultural Center. To purchase tickets, click here. For a festival schedule, go to www.adddff.delouafrica.org.