Despite Flaws, There Are Reasons to Come to This 'Cabaret' 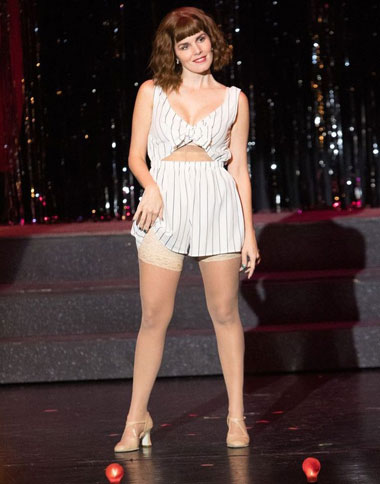 âWhat good is sitting alone in your room? Come hear the music play.â

The music is recorded, there are sound issues, and the Kit Kat girls are in white-face makeup. But despite its casting issues, technical problems, and truly head-scratching directorial choices, there are a few reasons to put down the knitting, the book, and the broom and come to the "Cabaret" produced by Pembroke Pines Theatre of the Performing Arts (PPTOPA). "Cabaret" is on stage through Nov. 7 at the Susan B. Katz Theater of the Performing Arts at the River of Grass ArtsPark.

PPTOPA began as a community theater and went pro shortly before the world shut down last year. Their "Cabaret" is a workmanlike production that, in spite of its flaws, has some worthwhile performances.

Based on John Van Druten's play "I Am a Camera," which was inspired by Christopher Isherwood's autobiographic "Goodbye to Berlin" and his adventures during the final days of the Weimar Republic, "Cabaret" takes place in 1929 and 1930, as Hitler and the Nazis were rising to power.

"Cabaret" follows Cliff Bradshaw, (Geoffrey Mergele) an American writer who has come to Berlin to write a novel and indulge in the decadence of the era âlusty affairs with men would be problematic in his native Pennsylvania. 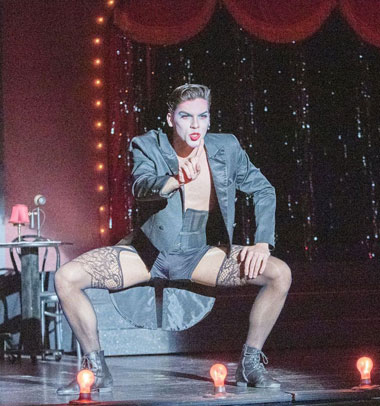 Gablo Pernia as the Emcee in "Cabaret." (Photo: Norm Black)

On his first night in town, Cliff meets those who will become the center of his life in Berlin Ernst, (Rick Prada) the shadowy businessman Cliff meets on the train who sends him students to tutor in English and gives him a reference for a cheap room to rent; Fraulein Schneider, (Colleen Pagano) the proprietress of Cliff's rooming house; and Sally Bowles, (Gaby Tortoledo) the British, devil-may-care singer at the seedy Kit Kat Klub, with whom Cliff quickly falls in love.

The story is accentuated by songs and musical numbers, sung not only by the characters that populate Cliff's immediate circle, but by the Emcee (Pablo Pernia) of the Kit Kat Klub, which serves to provide a commentary on the plot and the social and political situation in Germany during the era.

Those unfamiliar with "Cabaret" might not notice what's missing or dwell on some production elements that don't jive with the lyrics or dialogue. But for those who have seen the show, there are many troublesome spots. Why are the Kit Kat Klub girls wearing mime makeup? It might serve a theatrical purpose in the Kit Kat Klub numbers, but as party guests in another scene, they look like their part of a 1980s Robert Palmer music video. 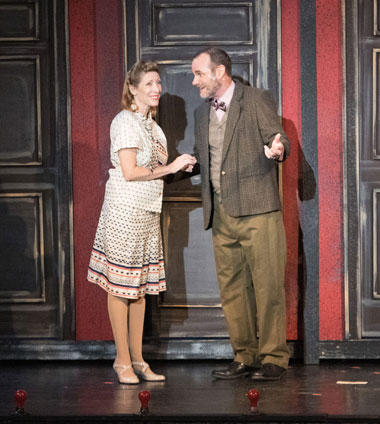 The male performers in this production are, for the most part, nondescript and lacking in charisma. But at least Dreeson and Pagano share some chemistry, because Mergele and Tortoledo do not. After watching their scenes together, one gets the feeling Sally would have a better life among the Nazis than with Cliff in Pennsylvania.

Pernia is the exception. He plays the Emcee with the wit and style the role demands, especially in his gleeful performance of "Money" and the emotional wallop of "If You Could See Her."

But the brightest aspect of "Cabaret" is Tortoledo, who brings Sally Bowles to life. Tortoledo captures Sally's madcap qualities, but she absolutely nails Sally's darker moments. She sparkles in the sassy "Donât Tell Mama" and the vulnerability she brings to the bluesy" Maybe This Time" is a high point of the show. Tortoledoâs performance of the title song, when Sally is choosing which path sheâll take, is the showstopper it's meant to be. Quivering and in tears, dragged out to the mic by the Emcee, Tortoledo finds the poignancy in the iconic song and wrings every ounce of emotional devastation from Sally's life-changing decision. 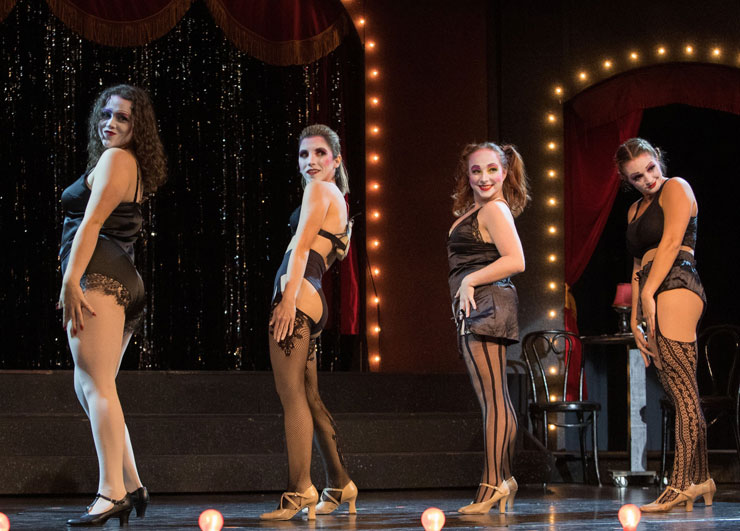 Tortoledo is the main reason to see "Cabaret." The other reason is that the story depicted is always worth watching because, unfortunately, humans still need the history lesson of what happens when dictators are allowed to rise to power and racism and hatred are government-sanctioned.