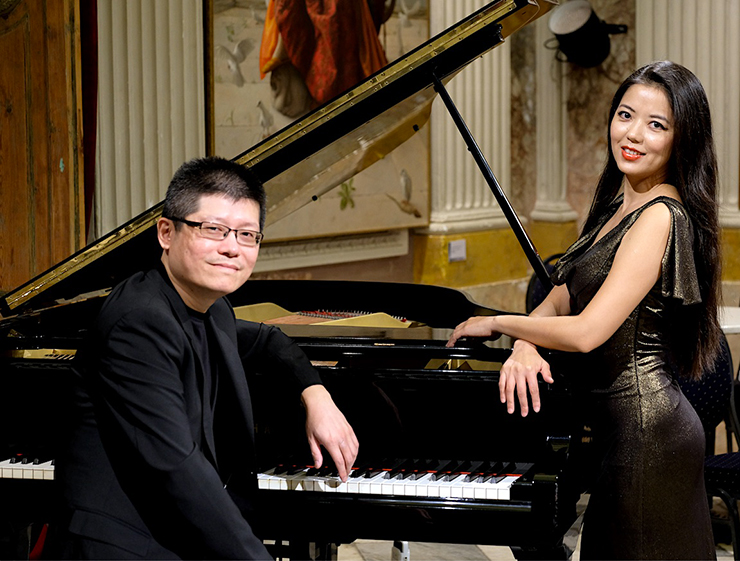 Husband and wife piano duo Tao Lin and Catherine Lan are the featured performers in âConcerto for Two Pianos In E Flat Majorâ by Wolfgang Amadeus Mozart as one of three classical music works performed in the Masterworks IV program given by South Florida Symphony Orchestra.

The orchestra performs across South Florida at The Parker in Fort Lauderdale on Wednesday, March 23, Temple Israel in Miami, Thursday, March 24, and Tennessee Williams Theatre in Key West on Saturday, March 26. 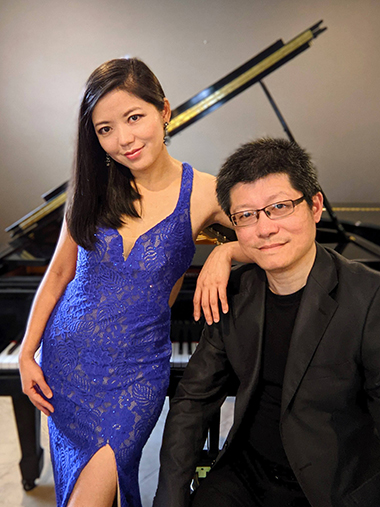 Also on the program are âSymphony No. 3 in A minorâ by Felix Mendelssohn and âThe Italian Girl In Algiers Overtureâ by Gioachino Rossini to end the concerts.

"It is highly unusual to have a classical work composed for two pianos, so Catherine and I are very honored to play the dramatic Concerto For Two Pianos In E Flat Major by Mozart,â said Lin in a telephone interview.

"What is noteworthy," he continued, "is that Mozart composed the concerto in 1779 for him to perform along with his older sister Maria Anna. The concerto is a rich score that features both Catherine and me playing solo and later we play both pianos together. The contrast between the solo and dual parts adds to the texture of the music that engages the audience.â

Lan and Lin both honed their skills on piano at a young age. Born into a musical family in Shanghai, Lin began piano lessons at age four while both his parents were faculty members at the Shanghai Conservatory Of Music. As a teen, Lin performed in the Chinese premiere of âSonata For Two Pianos and Percussionâ by Bela Bartok.

Born in Taiwan, Lan began piano lessons by age three and as a teen won numerous prestigious international music competitions, including the Junior Original Composition International Competition. In her late teens, Lan studied in Canada and later completed her Doctorate Of Musical Arts from the University of Miami. Along with being featured as a solo artist at Carnegie Hall in New York, she has performed at prestigious concert halls throughout Asia, Europe and North America. Lan is currently on faculty at Broward College and many of her highly acclaimed performances have been featured on television in the program âBeethoven & Mas" on PBS. 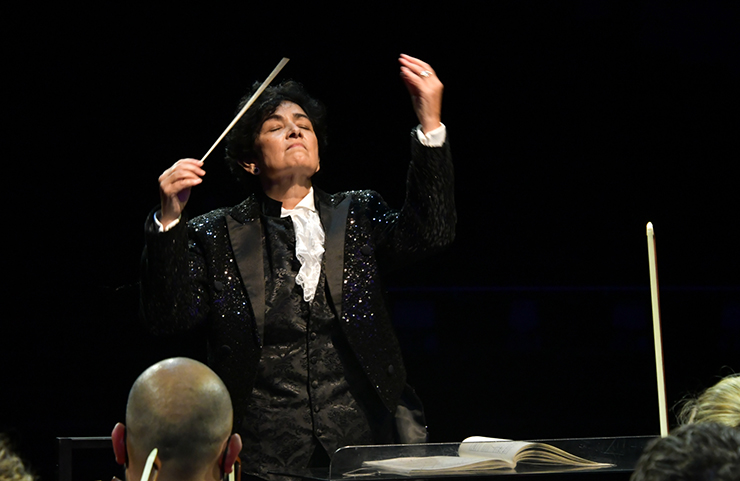 Lan and Lin met in South Florida in a musical competition in 2008 and have been married since 2010.

âWe have so much in common, but I am happy we were not in competition with each other when we first met. We enjoy practicing piano together and, given that we both share a love of music, piano and touring, it is a life that we both love,â said Lin.

Lan and Lin have been performing in South Florida both as a piano duo and solo artists for the past three months in concerts in Boca Raton, Delray Beach, Parkland, among other South Florida cities, Lin said.

Mendelssohnâs Symphony No. 3 in A Minor will open the Masterworks IV program. Composed in 1842, Mendelssohn pays tribute to Queen Mary of Scotland and the piece is also known as âScottish Symphony.â The composition features two clarinets, two flutes, two horns, two oboes and two trumpets, strings and a timpani to recreate the landscapes of Scotland.

The program closes with Rossiniâs âThe Italian Girl In Algiers Overtureâ composed in 1813 as an opera. The composition is known for its distinct opening of slow, quiet tempo that builds into a sudden, loud burst of sound from the full South Florida Symphony Orchestra, conducted by Sebrina Alfonso.

Husband and wife piano duo Tao Lin and Catherine Lan are featured in Mozartâs âConcerto For Two Pianos in E Flat Majorâ as one of three compositions performed in the Masterworks IV program of the South Florida Symphony Orchestra. All shows are at 7:30 p.m.